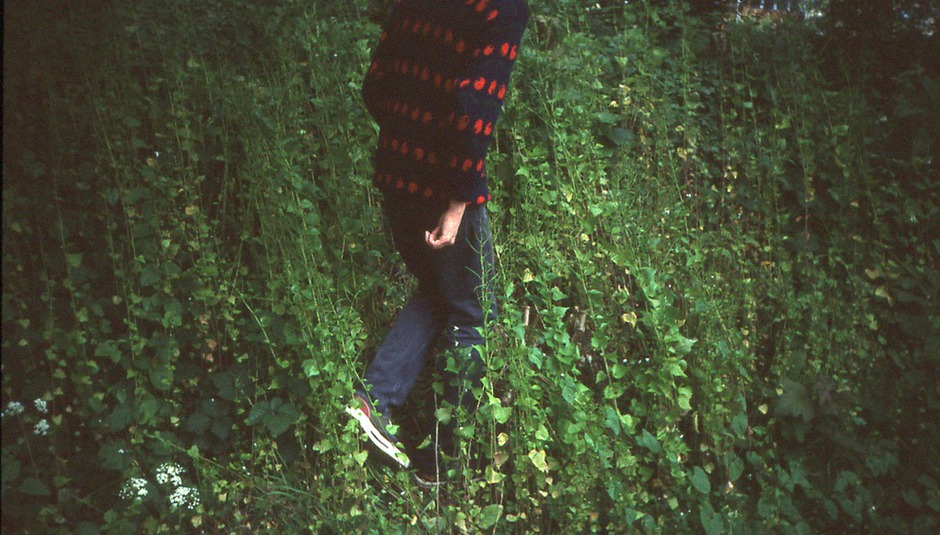 'Planet Gear' is an irregular feature on DiS, in which we ask musicians to get a bit geeky and talk us through the equipment that makes the 'magic' happen... Here, Mat Riviere talks us through some of his gear.

I first got one of these for my birthday when I was 15 or 16. For a long time before I got this I thought I wanted turntables or something because I thought that was how people who made hip hop music did it. I was really into the idea of putting a beat behind some old classical music or whatever. I liked the record label Ninja Tune a lot. I was pretty into Jurassic 5 tbqh. I must have realised at one point that what I actually wanted was a sampler, so I asked for one and I think my Dad researched it a bit and got me this kind of entry level Yamaha model. Think it cost around £200. My parents are nice guys - what can I say! I believe the SU200 was originally marketed as a kind of live performance tool for DJs, which seems totally dumb as it is not very good at creating loops or samples quickly in a live setting. It has ended up being pretty integral to how I write and think about music though. It served my original purpose pretty well and I made a lot of pretty awful sample based music. I would just go through my parents records/cds find anything that seemed obscure and trawl it for stealable loops/beats/vocals etc. I think I felt sampling from contemporary or well-known sources was somehow ‘inauthentic’. I remember finding ‘O Superman’ by Laurie Anderson and some kind of theatrical Greek music my mum had on vinyl and a lot of jazz because I knew that’s what a lot the people I listened to used.

At this juncture maybe it would be good to go into some detail about the functions of the SU200. Basically all it does is play loops. There is no sequencing function and no way to build a loop or beat in real time (like an MPC for instance). There is a function that clumsily puts all the loops you have loaded ‘in time’ with each other but even if the loops are of similar length/tempo this normally results in weird skipping and clicking noises and a general loss of quality and ‘feel’. Probably its best features are the onboard effects. The three effects I use primarily these days are the distortion, delay and loop remix. The distortion is pretty no messing, shit-holey digital overdrive and I love it. The delay works well on short guitar loops; you get some nice rhythmic phrasing if you mess about with the delay speed. The loop remix button just kind of fucks about the rhythm/ordering of the loop. It can sound pretty awful but its most extreme setting is very useful. It shortens the loop to a tiny section, resulting in anything from drone to kind of gabba speed cd skipping effect. This is a sweet ass trick to pull live, because it sounds like you might be doing something more complicated than you actually are and you get to end the song with some relatively nasty noise. Genuinely people are always impressed by this button.

I guess the main way the SU200 has impacted my writing process is through its lack of options. This became more and more the case when I started to do shows on my own and started to explore what I could do with it live. I like the fact that you can’t easily/nicely get loops exactly in time, it has forced me to make music I would not otherwise have thought of. I feel like this sampler taught me how nice it is when phrases slip in and out of time way before I had even heard Reich or Glass or whoever. I got a circuit bent SK1 for about £90 off eBay. I think I was beginning to listen to Casiotone For The Painfully Alone quite a bit around this time and also was interested in circuit bending but way too stupid/lazy to actually try and do it. So that’s why probably. I remember being initially disappointed that the bends only affected the drum patterns rather than the drum sounds themselves. You can’t pitch down or distort the drums on this keyboard, though I have seen plenty SK1 bends where this is possible. I actually ended up using the standard SK1 sounds most of the time. Luke Abbott once called me ‘bourgeois’ for owning a circuit bent SK1 and not really using any of the bends. Is this a ‘claim to fame’ now? In truth, some of the bends are really good and I use them a lot, mainly to pitch down the keyboard sounds or for drones/noise etc. Also I have made a lot loops that have turned into songs by sampling little things into the keyboard and then messing about on the patch bay (the SK1 is an early sampling keyboard you can record I think 1.5 seconds of sound into it from the built in mic or an external source).

This keyboard is pretty durable. As you can see from the photo, mine is kind of beat up now and I do have a broken one at home which I use for spares and repairs (I’ve lost a lot of black keys - they seem to come loose a lot). I probably don’t look after it very well. I normally transport it wrapped in a jumper in a suitcase with all my other stuff but it has never showed signs of giving up. If/when it does I will probably have to stop playing ~50% of my songs live. Hopefully I will be accepting of this when it happens.

The SK1 is less of a constant presence on the new album, think it only appears on about half the songs, and even then not always very prominently. I guess eventually I would like to get to the point where I don’t really care if it breaks or not because I only use it for really old songs. Regardless of the bends though, I would still always go to a Casio of this era for organ/flute/piano sounds. Maybe the piano sound is actually the best thing about the SK1 it is just very cute. Not Even Doom Music is out now on Brainlove Records.

The vinyl is available to order at matriviere.bandcamp.com: