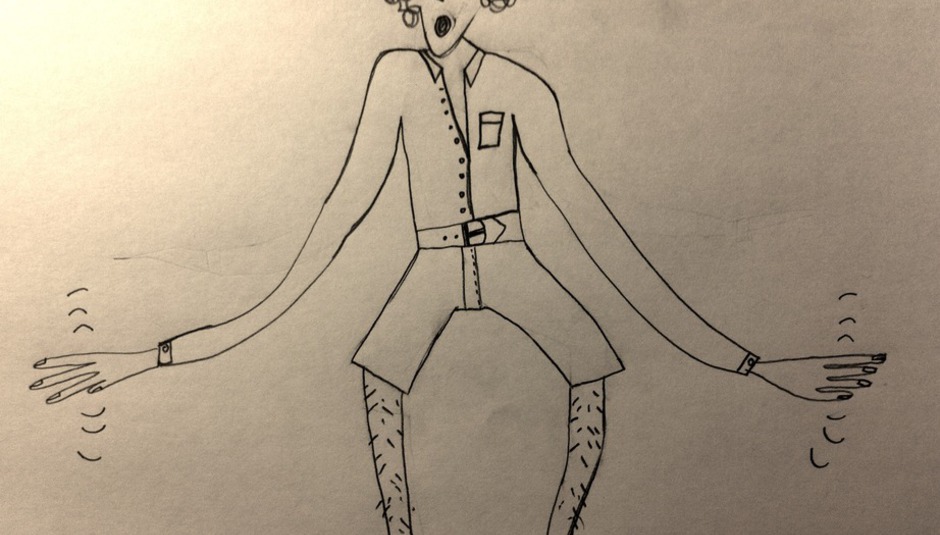 We'd heard the rumours, prayed they weren't true and, ultimately, did everything in our power to avert the tragic consequences that would surely follow... Alas! The Twang will embark on a co-headline tour with Cast this May.

As you may well have guessed, your friendly, neighbourhood pop columnist will be assuming her lofty mantle. In an effort to avoid cocking it all up, a ceremonial 'passing of the indie baton' was arranged over real ale and fish and chips. Larks were had. Girls Aloud were mentioned. The words 'arse' and 'spaceship' were used in the same sentence. In short, it was a blast.

To make sure you didn't miss out on the fun, Wendy kindly agreed to answer some questions about her time spent listening to all the songs.

Why are you hanging up your singles reviewer hat?
Four years is the longest I’ve ever held down any job, so it feels like a good run. Also if you are doing a column like this it means a rather large portion of your brain is ring-fenced and always thinking about what is coming out and does it have a stream or video and is it awful or will it change my life and then also how can I write something interesting about it?

I want that bit of my brain back, because over the last few years I’ve started writing books, and what with that and mentoring/teaching young people there isn’t a great deal of time left for boys/quilting &c. I also want to go back to being somebody who buys records and then listens to them for the sheer pleasure of it. Ultimately, being a critic means writing about other people’s art, and that doesn’t leave much time for making your own. I’m also not sure if it is an entirely noble pursuit.

What's the scientific link between a seven-inch single and carnal pleasures?
Pretty much everything in life is about sexing or power, and as most songs are about a) love or b) the lack thereof; and as what distinguishes a love affair from any other kind of relationship is sexing; I have worked out that all songs are about The Sex. I am not going to fall into your trap and talk about inches and wangs, Bobert. But I will say, that some of the singles I have liked the most over the last four years I have liked precisely because they were really good for pashing to.

You once drew this delightful picture of Nick Cave as part of a Grinderman review... Please draw another picture of your favourite singles artiste. My friend drew this recently, it is meant to be Jonathan Jonathan from Everything Everything, but I think he was trying to make out Jonathan was not attractive, because I had been banging on all night about how much I love him. He’s a fallen choirboy! [Wendy also sent over this doodle of Nic Offer from !!!]

Explain how you came to review the singles for Drowned In Sound?
Sean asked me and Rebecca Nicholson if we would like to take turns doing the singles. After a couple of weeks I think she went off the idea so I – metaphorically speaking at least – put my arm around the column so no one else could see it and then went: ‘YESSSS. This is MINE.’ I just thought it was brilliant to be given a corner of the internet to run riot with. Sean said: ‘Do what you like’ and I’d already worked out that this almost never happens with paid writing jobs.

By a bizarre turn of fate, you are never allowed to use one of these five words in your life again. Which of the following do you choose to banish from your vocabulary?

I would rather we banished words like ‘frape’, ‘nork’, ‘impact date’, ‘tastemaker’ and ‘Carol McGiffin’ but you know, whatever. You can keep ‘woe’ because my favourite new word is ‘bimble’ which means ‘to move at a leisurely pace’.

Please teach the world to swear like Wendy Roby.

I am in two minds about swearing. My Dad is really good at car-swearing and I attended many terms at St. Stab’s where there was a lot of effing and jeffing. When I was little I used to love God, but when I realised he didn’t want me to do any sexing I chose the path to rack and ruin because it meant I could use all the guttural Anglo Saxon I wanted. Also if your job is to be excited about music then swearing is kind of inevitable. Good swearing is the difference between not being to help yourself saying ‘Fuck me, they’re AMAZING’ about a new band; and someone bearing their teeth like a dog and calling you ‘a fucking slag’. They might as well be different words. Also ‘uckfing’ looks nicer on the page and is a cake-and-eat-it compromise.

You once wrote that you had a cry to 'Untouchable' by Girls Aloud. When was the last time you did a tear to a pop song?

I feel like if you are not crying to some music out of joy or sadness at least once a week you are listening to the wrong records. The last time I cried was last week when I was cycling home after watching one of my students do some rapping. I was listening to Dirty Projector’s ‘Dance For You’ and got to the guitar solo at 2:19 which is just incredibly beautiful - it’s really naïve, just perfect. Right after that bit, he sings ‘There is an aaaaaanswer, I haven’t foooooound, it, but I will keep dancing till I do’. I love that bit. TRUTH, MAN.

Impart a singular nugget of invaluable knowledge to aspiring writers

I would give a completely different answer depending on what kind of writer you wanted to be. You just need to shove as many books into your brain as possible and get to a point where the words can travel from your brain, down your arm, and onto the page, without your shoulder devil saying ‘no’ too many times. The best way to do this is to become unembarrassable.

I’ve always thought that if there were that many different kinds of songs, then there should be at least as many different kinds of music writing. So don’t hang out with other writers and don’t ever worry about what anyone else thinks. Then when everyone laughs at you because you liked the new Vaccines single, you can at least sleep tight in the knowledge that you had an honest response to it. Everyone is going to laugh at you though. It’s going to be awful.

How did you put up with listening to so many rubbish indie songs for four years?

When you are writing about music of any genre, 98% of what you listen to is abysmal. Worse than that, it’s not even awful in a way you can fetishise and amuse yourself with – most of it is just middling, six out of ten noise, with nothing to snag on your brain or heart. But the 2% that’s leftover are the sounds that change your life and make certain moments in it completely transcendent. And that is why it is the best job in the world, and you will keep doing it even though you can only afford to have cereal for tea.

Your first ever 'Single of the Week' was We Are Enfant Terrible – 'Eagles Don’t Sparkle'. Please write a new review of the song without cheating and referring to the original version.

Although my memory is terrible I do remember writing that review and saying something about keyboards melting. It’s quite clinical, moody pop music, and it has an incredibly haughty air, which is probably because they are French. I think it is nice to listen to a song that sounds like it thinks you are ugly, fat and embarrassing. This is the kind of single that would thrust its coat at you as it looked over your shoulder for someone more interesting to talk to. Won’t it be nice for DiS when they have someone to review singles who doesn’t anthropomorphise each one?

You have reviewed singles by all of these bands except one. Spot the odd one out...

That is too easy. Gazebo Junkies is the odd one out. Mumdance is a really good name.

What's your favourite Shins song and why?

I like ‘Turn On Me’ because it is very perceptive about what happens when people realise a relationship is over and how bitter they get. The first line is wonderful: ‘You can fake it for a while, bite your tongue and smile, like every mother does her ugly child’. James Mercer’s gift for language doesn’t get shouted about enough. I love that his lyrics are really pliant, so you can mould them to your own specific and personal meaning. This means that his songs sound like they were written for you, and nobody else. This means that all The Shins’ songs were written for the precise edification of _me_.

To browser back through 4 years of "This Week's Singles" clickity-clack on the archive here.