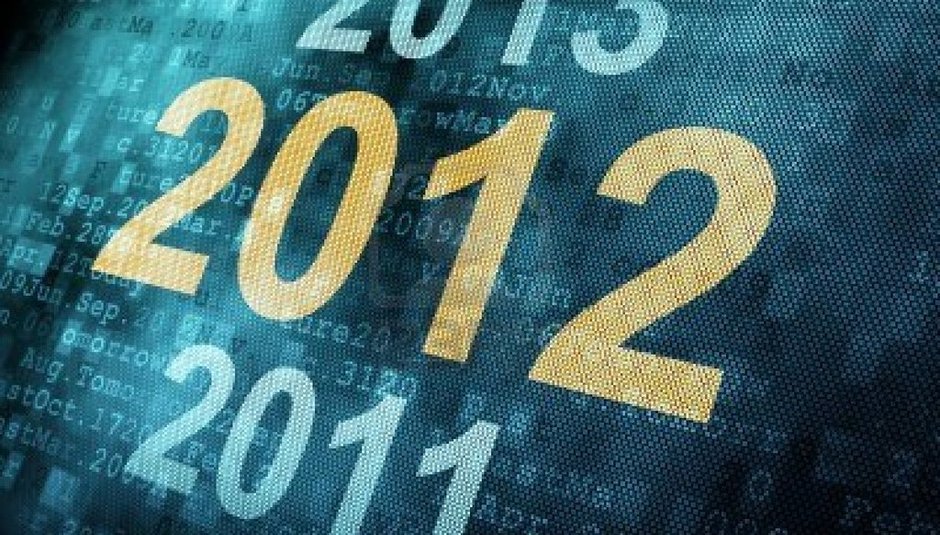 As the UK music industry does its annual shuddering gear change from "best of 20--!" to "hot new acts for 20--!", it would be easy to forget there ever had been a previous year.

As a music publicist, I've often been made painfully aware that records from November or December can be considered "dead" by editors come the new year, even with new singles on the cards; there's a tangible shift in mentality towards looking forwards. As a manager I have been on the other side of this tug-of-war, trying to keep a band's album 'relevant' throughout the holiday changeover, and push it forwards into festival booking season (More remixes! More videos! New photos! More, more more!). As a journalist, it's hard not to swim with the tide of what editors want, and what they think their readers want. Writing and working in music can sometimes feel like a battle in which sheer willpower is the most useful attribute.

But amongst flurries of new year snow, I'm still discovering 2012 albums that I missed. The volume of music being released is greater than ever - music as a whole sometimes feels like it's hit saturation point, particularly in the UK, and just carried on flooding. It feels like surviving the deluge of new music, one would need not just good headphones and inbox discipline, but a pretty stout ark.

This being the case, I've often thought it would be good to buck the trend of compartmentalized writing, be it by year or by relevance to a PR campaign, and just carry on learning and writing about music that came out in 2012 and the preceding years, if it seems natural. Thinking about how many bands and albums are out there is daunting - how the good ones drift into my sphere through haphazard word-of-mouth, or a coincidental support slot somewhere, or by hiring a publicist who happens to have me on their books. It's quite stressful to think about the potential life-changing records I'm yet to hear, or that pass me by or slip between the cracks.

A case in point is Belong. I've had their four-track Colourloss Record in consistently rotation since a recommendation from Benjamin Power (aka Blanck Mass). So it came as a surprise whilst looking them up on Spotify to see a full album sitting there. Common Era is marked as a 2011 release, and even as an existing fan of the band, it somehow passed me by. It's a majestic step up for the band from hazy ambience to a powerful, up-tempo shoegaze sound, drenched in reverb and propelled by drums that sound like they've been scuttled and sunk to the bottom of the mix, only occasionally surfacing through the drifting, listing melancholy.

AU are another oddly unappreciated band. Admittedly, compared to contemporaries like Animal Collective and Grizzly Bear, they veer farther into the left-field with arrangements that remind of Terry Riley or Phillip Glass and spiralling, weird, mathy song structures. But they inject passion and creativity into their work that is missing from some of their contemporaries. Their 2008 record Verbs hit some spine-tingling peaks even in the opening track, with vocals layered up into a spectacular crescendo that sounds like 100 people screaming into the sky... 2012's Both Lights is a very respectable follow-up.

Even more steeped in the avant-garde are Skeletons, a band that change their name with almost every release (previous incarnations including Skeletons and The Kings Of All Cities and Skeletons and The Girl Faced Boys). Coming from an improv background, they wrestle jazz-inflected noise into writhing, flitting passages and stanzas, resolutely refusing to settle into anything expected. Their 2012 record The Bus is a slippery and at times overwhelming noise, dense and layered, but with open, gliding spaces and a sibilant, persuasive lead vocal.

Triangulated between the structure-fuckery of Skeletons, the manic Americana of Beefheart and the psych-pop of Ariel Pink are The Bastards of Fate, who throw the kitchen sink (and all the other fittings in the house) at every song on their 2012 album Who's a Fuzzy Buddy?. If you get off on being surprised, this is for you - it's impossible to sit comfortably for more than about 30 seconds as they batter your brain with wave after wave of ideas and sounds: this album comes weaving, charging, tumbling out of the speakers.

There were, of course, some albums that got the attention they deserved. TRUST did an interesting sidestep of the traditional 'album timeline' by releasing their debut album in the UK almost a year after it US release on Arts & Crafts. Discerning blogs wrote about the album first time around, then after a year peppered with singles and videos followed a full UK release, and a second wind. All in all, people were blogging and writing about them for ten months straight, whether by luck or by design. Deservedly, though - it's a phenomenally good album, twisting 4x4 rhythms into something nihilistic, gothic and grotesque: it evokes dark, sticky basement clubs, late-night neon, soul-searching and self-loathing. The press release described the band as "a hit factory buried deep in the mud", and for once, it's hard to find a better analogy.

Maybe the breakthrough band of 2012 were Poliça, who's pitch-shifted, heavily rhythmic trip-pop stood head-and-shoulders above a crowded field of contemporaries. Their album Give You The Ghost is glossy and atmospheric in the same way as Portishead or The Knife, but it's live that Channy Leaneagh's band show their true colours. With two drummers shaking the stage, heavy bass and a lead vocal freed from the overbearing autotune of the recordings, Poliça's show is mature, fully-formed and flourishing: a band sure of their intentions and confident in the results.

After a year of pushing their debut albums, it'll be interesting to see if Poliça or TRUST go straight back into the studio, or continue to ride the wave into the 2013 festival season with their existing set. Either way, both bands have synthesised darkness into something that belongs on the dancefloor - an admirable feat of alchemy in itself.

Trying to pick a favourite from the albums I actually worked on is like trying to pick a favourite child, but three tracks chimed with me particularly, and were on repeat most often. First up, the amniotic, crystalline pop gem "Chin" by rabbit-masked Danes Sleep Party People. My love for this track borders on obsessional - I haven't become bored of it yet, and I doubt I will. It's perfection. Second is the classic Stooges-Suicide-Joy Division inspired racket of Shiny Darkly's "He's Suicidal" - recreating a familiar sound via a buzzy, youthful energy - file them alongside the modern gothic of Savages and Horrors. And finally the deceptively slackerish indie-psych-rock of "Black Egg", by another Danish trio, Snake & Jet's Amazing Bullit Band, who produced the perfect record for a 2013 festival road trip in their album "Stuff that Rotates". Pavement fans starved of new material, look no further.

Hopefully there's a great year ahead for all of the above. Viva all the old-new music, and viva 2013.