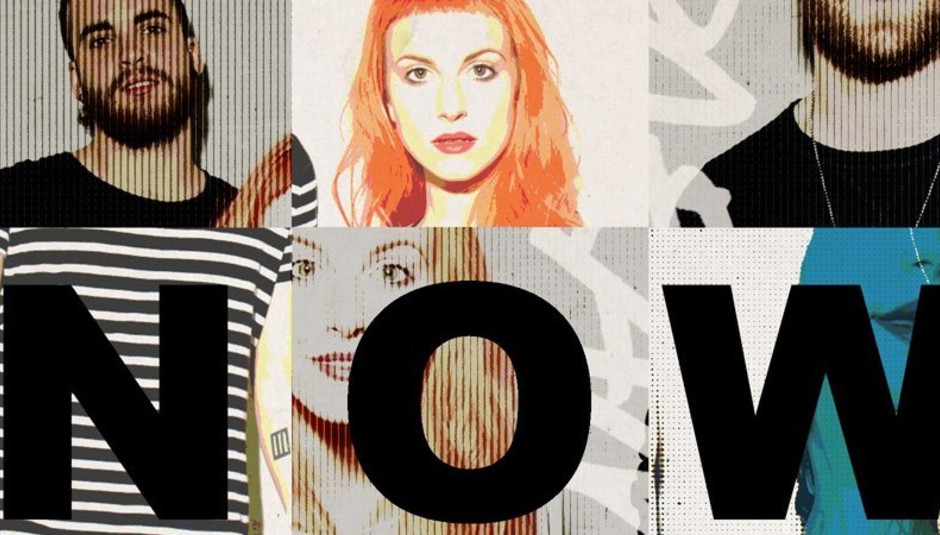 Hello Internet.
Welcome to this week’s singles! Our weekly run-down of what is out "today".

First the bad news: Wendy Roby is sickly, so you have to deal with me, your grumblin’ editor, for this week’s nit-pick flick through the latest digital downloads and sparkly seven inch singles.

I have tried and tried to find something that is out this week that I <3 with all my <3, but I have failed. For starters, it isn’t too easy to work out what is actually out (i.e. “onsale”) TODAY. Half the record shops online don’t really have an easy to read new releases section for singles (they’re far betterer for albums), and the front of iTunes seems to be filled with tracks like the new Stereophonics single which isn’t out until Feb 25th according to the press release I have, alongside stuff that was released back in October from popular auto-tune soap Glee. Okay, in theory some of these tracks from Glee are in fact reworks of some of the greatest songs of all-time... I mean, if you don’t like No Doubt’s ‘Don’t Speak’ then you are either dead inside or dead wrong... either way, you’re not winning at the game of life, unless of course you genuinely prefer the Glee version of the song. I can recommend some good whisky if this is the case. (Unless you’re only 9 years old, in which case, WHAT THE FUCK ARE YOU DOING READING DIS YOU HOMEWORK-DODGING LITTLE SHIT? Actually, maybe you’re smart enough to explain what an “impact date” is using all that algebra you’ve been studying..?).

Anyway, as I was saying, trying to quickly ascertain which “singles” or “songs” are out this week is nowhere near as easy as it could and should be. We live in a data-based world, where spreadsheets containing a row entitled "release date" control the ‘release’ of music onto "digital stores" (don't get me started on Soundcloud, where if you are reviewing The Singles and want to listen to your dropbox of hundreds of songs you’ve had dumped at you by labels, there’s no way of filtering them by date, despite how many times you ask them for this feature and how many millions of dollars of investment they raise, and how they pay no royalties...), and yet there’s little evidence of this.... anyway, this is boring, and another First World Problem that no-one else probably gives a damn about. It’s hardly an AIDs epidemic or what the Tories are doing to our health system. I mean, it’s not like you hear a song on the radio (or more likely ripped from the radio on YouTube or SoundCloud) and in that moment might want to buy it, so that, yuhknow, maybe the artist might get paid, the labels may get some of their money back they’ve invested and music might have some people who have actual careers, rather than a constant flood of also-ran buzz-bands who never manage to improve on their first demo or develop into true virtusos so we just spend all of our time yawning at the news of comebacks of major artists, returning to top festival bills because a) we don't have any bands who can put on a decent show b) we don't have any bands who can sell hideously expensive tickets with about 500 bands, of which you'll maybe see 20 c) these once famous cult-heroes turned chart-botherers are desperate to pay for a loft conversion...

I mean, really, what is going on? A song has been on the radio, which means you’ve heard it and maybe rather like it, why on earth would you mind waiting a few weeks before getting the file on your future-phone, so you don’t have to stream it again and again for FREE?! Yes, yes, shut up Sean, the world will continue to spin, but the mess that is the “pre-release window” is utterly baffling and I am baffled and I wanted to mention this, in case some bright spark out there would like to fix this madness... I mean, it’s especially weird when ‘sound-a-like’ tracks and Karaoke versions seem to hit the digital stores weeks and weeks before The Real Version of the The Song. But anyway...

I can’t make this Single of The Week, because Wendy would kill me, but mostly because it was technically “out” last week. Paramore ‘dropped’ this new track on Radio1’s Breakfast Show, and then had a high-fiving session with Hulk Hogan. The King of the Ring anecdote has nothing to do with this GreenDay-crashing-a-Yeah-Yeah-Yeahs-or-Metric anthem (are there such things as Emo Anthems? I reckon I’ve found my supermarket-friendly compilation niche...where do I sign to get my massive cheque?), I just thought it was a bit surreal. Like everything Paramore have done in the past few years, this song has a killer hook that seems to float like a Jimmy Eat World song and then pirouette in the pit, twisting the rock into the outer orbits of pop with a pair of Gwen Stefani’s Irregular Choice heels. I mean, it’s kinda breathtaking how Paramore manage to construct these near-perfect songs that have clearly had their sentiment dipped in Morrissey’s serbet (that's a sherbet sorbet, obvs!), but all the while driving home a sense of unstoppable resilience that makes you want to believe that life is going to turn out a-ok. Boy does it feel so good...

No Idea When It's Really Out But It Tumbled Online Last Week... of the week!

Out This Week According to the PR Person, But Not Actually Listed As A Single Anywhere ...of the week!

The Knife ‘Full of Fire’

When is a single not a single? When it’s a pre-release track from an album that has a video on YouTube and is out at the same second the video is “live”. Which is confusing, but at least sensible because once you’ve watched the artsy face-fuck of a video and want to purchase the tune to play next time you DJ leave your iPod on shuffle at a party, you can hand over your imaginary digital money...

Do you remember when Jose Gonzales covered ‘Heartbeats’ for that Sony advert, and everyone was all hipster-annoyed that one of “our bands” had gone mainstream, but were quite quickly forgiving when they realised beneath all that makes-you-want-to-dance-ness was actually a genuinely brilliant song? Do you remember when Gang Gang Dance came back a few year ago with ‘Glass Jar’ and people were like ‘whaaaaaaaat, this song is nearly 12 minutes long’ and then soon enough you were playing it on repeat, because Gang Gang had somehow created this awesomely more-ish place and you just wanted to be sucked into its vortex again and again...? Do you remember when you realised all this minimal techno stuff wasn’t hipster guff, but was in fact a series of ornate, almost classical in constructions that could contort your mind as they shape-shifted to some sort of euphoric conclusion? Can you imagine if The Knife could write a techno-inspired song that is as good as ‘Heartbeats’, that’s also rather long but brilliant inspite of all these things which might make you want to retch until you spew yourself to death? On this evidence, the task is beyond them. They tried, oh how they tried, but the result sounds like a bunch of drug fiends making music for the tree people after day 45 of their endless Glastonbury bender. I’m sure someone out there will argue that there’s a staggering work of genius hidden in here somewhere. It clearly was far more fun to create this ‘song’ than listen to it, that’s for sure... Go listen to the Austra remix album or some When Saints Go Machine instead (YR WELCOME!).

Been Knocking Around for a Few Weeks And Still a Bit Dissapointing ...of the week!

I had high hopes for this. With its arms in the air like you jus' don’t care ‘vibes’ Justified remains one of my favourite albums to drive to and FutureSex/LoveSounds has the impeccable ‘Sexyback’. So it’s fair to say, Trousersnake wasn’t in for an easy ride with his sexy comeback, and that teaser video didn’t do his first step back on the campaign trail any favours. ‘Suit and Tie’ is a pleasant enough piece of music. Pleasant. Yes, I used the word pleasant. Like a dull pheasant... It don’t see nothin’ wrong with a bit of a fluffing and coffee grinding, but if you want a song to get down on the floor and make you forget your name, then this ain’t The One. Which is a shame. Hopefully it’s just a jab to pre-empt JT’s next big party anthem. I spose I'll just tap my fingers on this desk impatiently waiting - like Britney for the school bell - for the next single to "drop" then...

Been Knocking Around Since Xmas But Is Now Available to Buy ...of the week!

Everybody Loves Jarvis, would make for a great TV show. You can’t say anything bad about Jarvis. You just have to accept that he exists and bop your head and maybe put your handbag/manbag down and have a little dance. I mean, you definitely could never-ever say that the result of him teaming up with James LCD SOUNDSYSTEM Murphy sounds a bit like a Franz Ferdinand album track.

Hit The Internet Last Week But Isn’t Out For Many, Many, Many Weeks... of the week!

The bloggiest, buzziest, hippity-skippity song of last week. If you were one of the nearly half a million people who played it last week (or maybe one of the 100k people who listened to it 4 or 5 times to figure out what the fuss was all about), then you will be thrilled to know that one day in the future you can buy this (end of Feb said one fan, mid-March said another). Although by then you’ll probably have realised it’s a fairly mediocre 90s throwback “jam” and that you already own Jilted Generation and that much-like Spliffy jeans and John Major, you don’t really want the big-fish-little-fish to come back...

Might Actually Be Out This Week... of the week!

This is what happens when you’re as talented as Jamie xx, but also decided to give yourself a silly name: you end up making something a little bit too palatable. Sure this sounds great on your blog mixtape, mate, but isn’t quite pressing my reblog buttons. Soz.

Also Out This Week (Maybe)

Laptop music for people with laptops.

...so, is there actually anything else out this week?

_Wendy will be back next week (thank fuck!). You can find Sean moaning more than this on Twitter, here.

In Photos: Passenger @ The Plug, Shef...