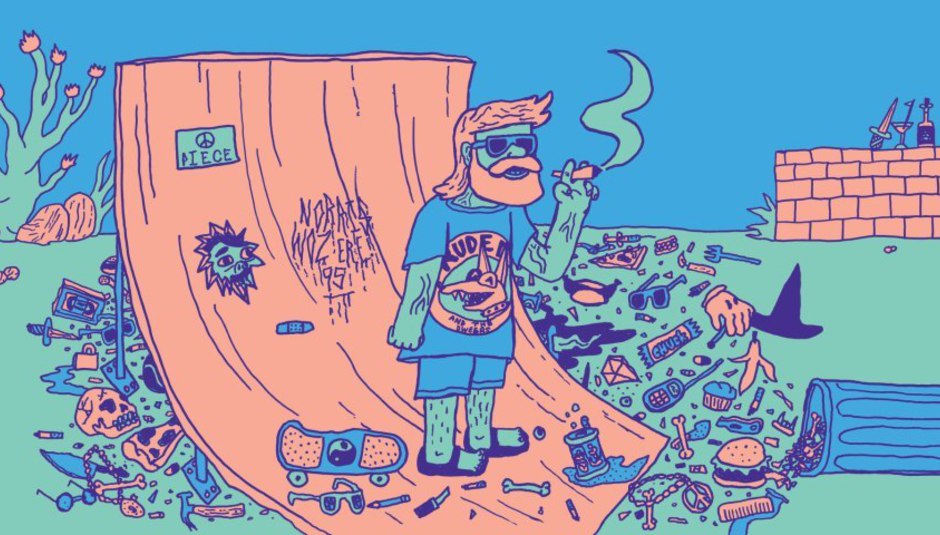 I’ll begin with the sad news that Leeds entered 2013 without one of its most historic venues in The Well (formerly Joseph’s Well). After 20+ years of it being a regular host of live music, the owner of the building has made the unpopular decision that its future now lies elsewhere. It’s a big shame as The Well has been a real lynchpin venue for Leeds, especially to those bands of a heavier persuasion, and will be sorely missed by many. Meanwhile at the other end of the venue scale, there have been plenty of conversations surrounding the new Leeds Arena located on Claypit Lane, which now resembles a music venue / giant spaceship and has started making its first announcements. Naturally Kaiser Chiefs have been announced in one of the opening slots in September alongside the likes of Elton John and JLS. Hopefully the listings won’t feature too much of Simon Cowell’s latest nonsense, and we will actually get opportunities to see some decent bands play there. I’ll cross my fingers but set my expectations low for The Pixies.

This year could potentially produce a real bumper haul in terms of great albums coming out of the city, with plenty of my favourites currently working on, or confirming release dates for long-players including Sky Larkin, Hookworms, Sam Airey, Just Handshakes, Eagulls, Post War Glamour Girls, and Cowtown. The latter have made the below track titled ‘Nightbeats’, a nifty little post-punky, new-wave number, available as a shining preview of their new recordings. Consider my appetite whetted.

Next up are Swimming Lessons - who pretty much won Constellations Festival, despite opening up the bill early doors. In the studio the tracks are the sole-creations of Ben Lewis, but on stage the songs were brought to life by a full band, setting about their business in front of a radiant back drop of kaleidoscopic projections evolving alongside their unbroken set. Tracks such as ‘Hall’, the opener to their five track debut, seamlessly blend together reverb drenched vocals, layers of soothing synth, and mellow beats to make it feel like a hazy, twilight hours comedown from Animal’s Collective’s giddy highs. Another highlight is ‘Burnt Skin’ which concocts some of the dreamy cinematic moments that Still Corners do so well. You can download the EP for free from here, I’ve been informed to keep an eye out for new release and gig announcements in the near future.

A new guitar toting duo named Witch Hunt emerged late last year with a number of memorable live shows that set tongues wagging. Their debut single Chairman (see the video below), released by Dead Young Records last month, is pinned around a stomping, bold bluesy riff and uses the full power of front woman Louisa’s incredible voice sparingly to great effect. The single also features a live version of their track ‘Crawl’ which despite its sinister lyrics has an endearing fragility similar to that of the increasingly popular Daughter. I believe they are currently working on a follow-up EP so keep an eye out for news on that. The duo will also be supporting the much-hyped Wolf Alice for a free entry show at Nation of Shopkeepers on February 20th; also on the bill are the aforementioned Cowtown. Ace line-up. Website

The next release landed in my inbox without making any of the usual all-too-common boasts or grandiose statements of intent, instead just a little message and asking me to have a listen and a link. I hadn’t heard anything of Richard Petch before that point, but I was glad to have given his Creatures of Habit EP a chance as I was rewarded with an impressive batch of songs displaying an impressively conceived vision for a debut release. The EP shows off several arrows to his songwriting bow, shifting gears from minimal acoustic and electronic sounds up to full-blown orchestral pop, the full range evident on Universe. Catch him support Swedish cellist Linnea Olsson will his full band at the Brudenell Social Club on 7th March. Bandcamp

Despite stating that last year's would be the last one, the promoting lure must’ve been too much for British Wildlife as they've announced another weekend of festivities. It all takes place at the Brudenell Social Club on 1st and 2nd March, and is headlined by familiar names Shield Your Eyes, That Fucking Tank, and Blacklisters. The rest of the line-up is the usual eclectic mix of alt sounds with tons of other great bands playing, from the blues-fuelled country rock of Dan Beesley & the SSSSS to Galaxians' retro dance-tronica. The full line-up and details can be found here.

Here are some other upcoming live highlights...

Also keep an eye out for the first announcements from Live at Leeds, Long Division Festival, and Beacons Festival which are all due imminently.

I haven't used this column to speak to anyone involved with the Leeds scene in a while, so I thought I'd reprise it to have a few words and musical suggestions from Richard Watson, who has promoted and aided heaps of local bands at his regular night 360 Club since 2009.

I have been working in the music industry for over 20 years at grass root and international level and have learnt quite a lot during that time and made many useful contacts in various areas of the music business, and wanted to put all of it to good use and I have a motto of ‘make a difference not a fortune’. 360 Club came about as a result of sitting on and putting together many music industry panels and workshops, and hearing lots of horror stories from bands. As well as realising that there weren't really many places musicians could get help and guidance from people still active in the industry with current knowledge. Plus lots of artists need it, as a lot are creatively inclined and do not fully understand the business end. I was also frustrated with what was happening with the scene in that a lot of promoters are only interested in getting bands to sell tickets do not use their knowledge or contacts to promote and help them properly - which is not hard to do if you give a shit about it more than, how much cash you’re making.

So the plan was hatched to put on a night to give a platform to unsigned acts from the region and use the revenue to be able to dedicate time to meeting with and helping the bands with advice and support where possible. I put on various genres but I won't put on completely different bands on the same night because it doesn't work. The night is about the bands but my focus is on the people who come and giving them a good quality night because that's where the bands feel the benefit, but behind the scenes it's all about helping the bands out.

What have been some of the best gigs from local bands you've seen recently and why?

Return To Aljustrel, who have just released a great quality album. I put on their launch gig which was sold out, and they were picked up by Tom Robinson who said "Just a fucking wonderful record, end of." And I have to agree, these are one of my favourite local acts, they are brilliant live.

Talk to Angels, last time I saw these guys they blew the roof of the venue, great band with tons of energy, potential and a top frontman. Also Maggie8, who make music which combines both Indian and English folk styles.

Which local bands and future releases are you excited about for 2013?

Sunwolf, who have just released 'Beyond the Sun' - it’s a great album. It’s pretty chilled out, live they make quite a bit of noise though. They have a European tour starting March. Bandcamp

Alaska, who release their new single in March. Website

Two Trick Horse are a band I will be watching out for, I put them on as a support for Castrovalva recently and they were quality.

360 Club takes place every Friday night at The Library, and upcoming gigs feature headline slots from The Covelles, The Sailmakers, and Jonny Quits. Further details can be found on their facebook

As always send any upcoming local releases to leeds@drownedinsound.com.