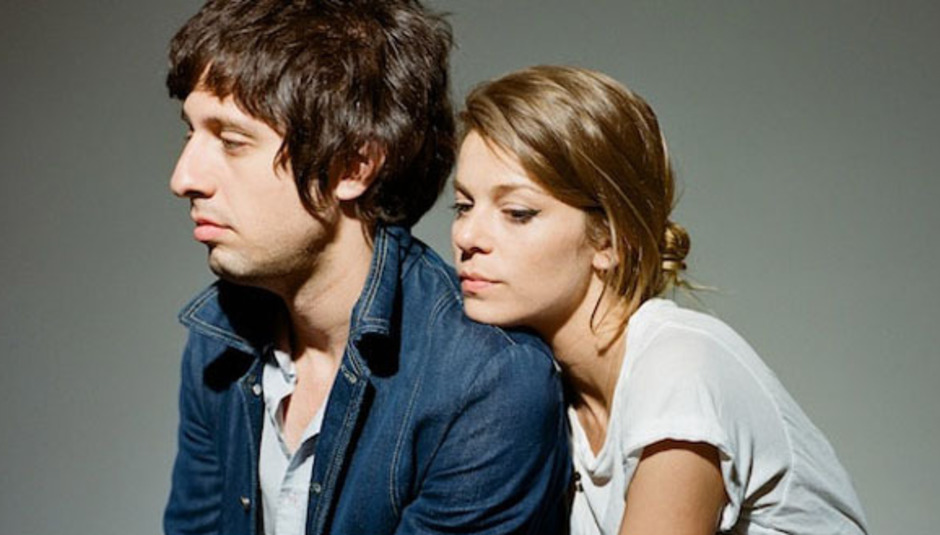 Adam Green first came to prominence as one-half of the Grammy-winning Moldy Peaches before embarking on a solo career. Binki Shapiro was one-third of Little Joy, the Brazilian-accented Los Angeles trio formed with Fabrizio Moretti (The Strokes) and Rodrigo Amarante that won many fans with its critically acclaimed self-titled 2008 album. Their self-titled album of original duets is released on January 28th via Decca, so we got Adam and Binki to talk us through the album, track by track...

AG: I think of the song as a pastoral or at least I picture grass when I hear it.

I like to think that I'm the only person in the entire world that can play this fingerpicking part.

We took that word "Andmoreagain" from a song by the band Love.

BS: I feel really proud of the lyrics in this song. It's the home to one of my favorite lines on the record, "The echoes of failure incite someone to learn to feel the flavor of the sun."

2. Just To Make Me Feel Good

AG: I was criticizing an ex-girlfriend and then I remembered that she did all these small things just to make me feel good.

BS: Hard to hate someone who does things just to make you feel good, but dammit we'll try!

AG: I've dated many lunatics. At some point I thought I was irresistible to them.

BS: He attracts them like no other James Dean.

AG: I think of it a pathetic love song. Sometimes love is pathetic and it's hard to feel sorry when it is.

BS: It's definitely a pathetic love song. We all have someone in our lives we pity love. I'm sure there's someone out there pity loving both of us right now!

AG: This is the moment that Binki became a woman. I'm just lucky that I got to be there for this. I think it's about a girl wanting to be with an older man.

BS: Yeah, I think it's kind of about struggling to keep an older man's attention and just laying all your cards out as a last resort.

AG: It's a bickering love-song with a lot of back and forth sparring between the couple. They wonder what each other has been thinking and then they really let each other have it.

7. I Never Found Out

AG: I think of it as being about unrequited love. I never even get to find out about it because she's already got her ducks lined up.

BS: Also accepting defeat after continually going against better judgement. In this case, hell being knowing one thing and doing another.

AG: This is a bitter duet about the rise of the girl coinciding with the decline of the man. She is blossoming while he feels that his life is over.

BS: The working title for this song was Sir Frock, a homage to the surf rock instrumental in the middle of the song.

AG: This song was partially inspired by Cocteau's Beauty and The Beast. I really love that movie. I imagine this song as being sung to the beast by Belle.

BS: Yeah, it's about staying present and the moment we're in being the only one we can truly offer. I think the title pretty much spells it out.

AG: The title is pretty self-explanatory. The nighttime that was bleeding is not bleeding any longer, the daytime started clotting rather.

Anyway the song is about having a clinically depressed partner that is contemplating suicide. And the final dead-end result of horrible romantic dysfunction.

BS: The lyrics in the chorus of this song are particularly bleak... You think there's hope cause the pain went away, but it just turned to numbness and it's still Groundhog Day! Hahaaa.

Adam Green and Binki Shapiro is released on January 28th via Decca.

ATP The National: the DiS review

"I don’t believe in mumbo jumbo"