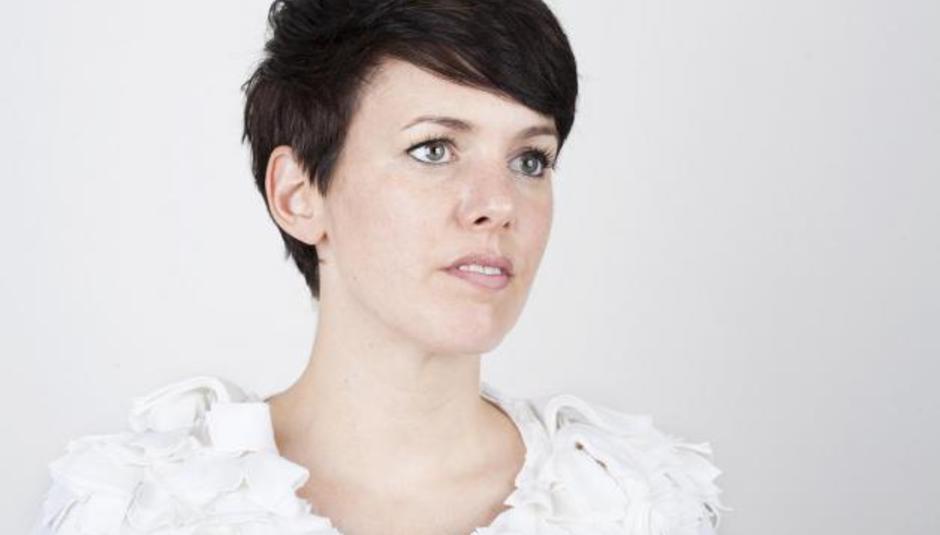 I still think singles are more useful than any other piece of art. The three minute manifesto; the distillation of all a band's ideas - this setting out and laying down of principles and scope; the whole This Is Who We Are of it is what makes them so special. They should stick in your craw, singles. They should make you sit up straight, look out, breathe.

And if, like me, you use music like medicine, or look upon iTunes as if it were a bathroom cabinet, you can start to think of singles like little blue pills. Some make you massive, some make you shrink to the floor, but I chose all of my favourites from 2012 and put them in a Spotify playlist, here.

Here are some highlights.

Most people in indie do not like being happy because it interferes with the artful staring into the middle distance they are always doing. And though I still identify with indie's army of broken hearted idiots, I also quite like to have fun. So we have Dan Croll's 'From Nowhere', a song that begins as if Raw Sex were his backing band, and which is about how looking into the eyes of someone you fancy can make you falter. Similarly gleeful, is R. Stevie Moore's 'Pop Music', which is like a lost song from Randy Newman's Toy Story soundtrack, and as rum and salty as a thing could be. I also love the urgency of Here We Go Magic's 'How Do I Know', and the fine lyrics of The Proclaimers 'Spinning Around In The Air' with its boast that Craig and Charlie 'climb over houses, to climb upon you'. Unironic, unwinking HAPPINESS.

The bands that split the crowd tend to be those who have a kitchen sink approach - chuck it all in, see what happens. My favourite band with ideas are Everything Everything, whose 'Cough Cough' serves as a primer for the (insane, wonderful) 'ARC' which comes out in January. Other singles which could not be accused of having a dearth of content (bleh, 'content') were Dirty Projectors' 'About To Die', all of Django Django's output (especially the choppery of 'Default'), and the brilliantly strange 'Mannequin' by When Saints Go Machine. There's a line in the chorus of 'Mannequin' about how the robot of the title is 'born and raised for traffic' and I just think that's supremely poetic - a really beautiful, and beautifully creepy, line.

If you wanted to get off with someone in 2012 you needed to have played one of four singles. AlunaGeorge's 'Your Drums, Your Love', Sebastian feat. Mayer Hawthorne's 'Love In Motion' and Wild Beasts' re-swizzle of Jessie Ware's 'Night Light' were three of them. You would, however, have had the best snog of your life if you did 'it' to Jai Paul's ridiculously slinky 'Jasmine'.

No single had the visceral power of Anna Meredith's 'Nautilus', which had the air of Dukas' Sorcerer's Apprentice about it. This means Anna Meredith wrote a piece of music that can put you in mind of Goethe, which is alright by me. I also loved Dobie's 'Hustle With Speed' (such a good title: 'What are you doing, darling?' / 'I'm hustling with speed' etc). In a fuggier - and altogether more warming - vein, nothing was as blamelessly derivative as Tame Impala's 'Elephant'. I also think no one genre hops across techno and house music quite like T Williams, especially on the brilliantly tinny 'Synthia'.

Meanwhile, David Bazan's cover of Deerhoof's 'No One Asked To Dance' might as well be being sung from the end of a bar. It is a saddening, drunken ballad. You should also draw the curtains and paint the walls black before listening to 'I'll Be Looking Out For Me' by Trembling Bells & Bonnie 'Prince' Billy. However, no single this year was as sad and simultaneously triumphant as Sharon Van Etten's 'Leonard'. So good, can't listen to it.

Ooh, indie, it's so WEIRD!!! Like The Magnetic Fields, who are officially the quirkiest band in all of indie, and whose 'Quick!' is about the gasp you take before someone says something absolutely below the belt in an argument. I like that Magnetic Fields chose to stretch out that moment, so that the whole song exists in it - a whole love affair hanging in the balance. And until the song ends, you don't know which way it's going to go. Meanwhile, all of Patrick Watson's singles had their own peculiar magic - but 'Into Giants' was my favourite, for its lilting sprawl. Ondatropica's cover of Sabbath's 'Iron Man' was probably my favourite cover version this year. Mainly because they are Colombian, and sound really, really pissed.

When I am in the gym thinking FUCK THEM about people I do not like in order to spur on better and more faster rowing, I listen to Tempa T's 'Say It Right Now'. It's basically Tempa T doing 'Firestarter', but you wouldn't say that to his face because he would probably glass you. I also love how the premise of the song is notionally reasonable - 'If you've got something to say, say it right now' is what people on reality shows say, before someone actually does say something honest to them, and they get in a massive snit. Also, if you shout SAY IT RIGHT NOW in the form of the song you can pretty much guarantee a) no one is going to mess with you, ever and also b) that people will only ever say nice things to you in future. I am likewise still obsessed with Bang On!'s 'Fars Yer Whop', some fifty listens later.

I love kooky-ooky creepy-weepy singles. But none put the willies up me quite like the two Lorn released. 'Weigh Me Down' in particular, is guaranteed to make me check I locked the door. Also, my friend told me that when he worked at Hunstanton fun fair, they had three sizes of hot dog sausage: normal, large, and FRIGHTENERS. 'Weigh Me Down' is a frightener.

Omega Male's 'Testosterone' was a swaggering triumph, even if it is basically just four minutes of moody willy-waving. Similarly full of snark, Ossie's 'Ignore' is about how guest vocalist Tilz is going out with someone really annoying, so he is all like get out of my face, and I am not listening la la la la, and let me dance to this song you wangface. Any singer who sings about how they have no time for hot girls is funny.

Forced to pick, I would say my favourite single this year was Anna Meredith's faultless, perfect 'Nautilus'. But I found nearly a hundred brilliant singles - including all 45 of DiS' Singles of the Week - most of which are on this Spotify playlist.