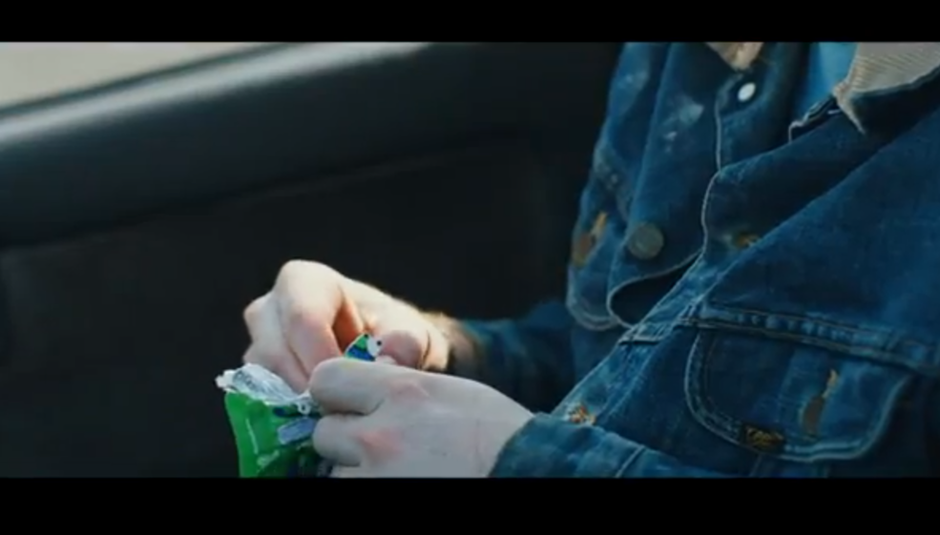 Patrick Watson - ‘Step Out For A While’ (Domino)

One day I am going to get round to making a playlist of all my favourite, waltzy, merry-go-round songs – singles that go up, up, up, with the peculiar grace of gold-leafed, static, horses' manes; and down, down, down, like drunks, swaying for a gutter-bed. ‘Step Out For A While’ would definitely be on there. One, because it was only on for about three seconds before I started to get goosebumps. And two, because Patrick Watson has one of those rare voices that is constantly wobbling and threatening to collapse, without it ever sounding like he's over-emoting. He is not a narcissistic performer. Ruddy wonderful.

Tender Trap have written an album called ‘Ten Songs About Girls’ of which ‘Step One’ is a part. And it is the pop song-as-manifesto, a list of all the stuff you should do, should you want to be in a knock-kneed, hair-slided, all-girl indie band from twenty years ago. With tongue in cheek, they suggest, among other things, getting a pink guitar - a notion so wildly non-U and Barbie Aisle they can only be joshing. But they deserve at least an extra five points for including the word ‘eschew’ in a single - as in the command ‘eschew a manager’ - which they suggest girls do. Don’t get me wrong, the song’s a bit annoying and it’s yelpy and guileless and happier than anyone has any right to be. But it’s a curious bit of musical happenstance that it has cropped up in time for Pussy Riot’s incarceration. And it has got its heart in the right place.

When I was fourteen and an evangelical Christian who thought Jesus was well cool, I used to open up the Bible with my eyes shut and an index finger stabbing, in order to see if God would speak to me. Everyone was always banging on about ‘signs’ and how He had let them know His will; but it was almost as if I were just that little bit too trifling for God, because he and I were never on speakers. He was always with the ‘And thou shalt make the robe of the ephod all of blue’ [what?] and the ‘Neither did Zebulun drive out the inhabitants of Kitron’ [where?]. Now, of course, I listen to music when I am trying to unlock some wisdom for the ages, and it is what I turn to and self-medicate with, every day. Of course, I’m not promising some sort of epiphany if you listen to ‘Hardcourage’ - because the only lyric, in the whole fing, is the word ‘now’. But it is the sort of propulsive, ratcheting, ravey atmospheric nonsense I like. And sometimes, very occasionally, one word advice is the best kind.

‘I’m gonna leave and never sleep with you again,’ sings Her out of Keel Her, who is doing an excellent job of releasing a song pretty much every two minutes and making each one sound as distorted and ruined as it is possible for songs to be. Full of angst and bother, ‘Prize Catch’ is so decidedly throwaway it might as well be written on bog roll - but in a sick sort of way, I rather like it when things this loose, ill-formed and short, get printed, forever, on everlasting vinyl.

I wasn’t desperately fond of 'LO HI', but this is livelier. At least, it’s livelier for them, given that Peaking Lights are not the kind of band you could ever call urgent - you would no sooner ask them to manage your house move / make Christmas dinner for your family / plan a wedding than you would ask John McCririck to kiss your flower. So. 'Beautiful Son' is still intensely wafty, and it's psychedelic in the cosiest of ways. But at least this time they have a spring in their step, as well as some delicate piano lines and glistening guitar solos to light the path.

I love NAO but I would be the first to admit they are a binge band; one whose albums I gorge on till there is no fun left; they are all too instant. But it also confirms what I know about people who like instant music - that we are the worst kind of lab rats, pushing the lever to dispense the root beer until there is only quinine to bitter up our faceholes. By all of which I (sadly) mean, 'Savage With Barometer' does not stand up to infinite plays.

Brilliantly rubbish, and the video is just delicious, the funniest thing I saw in ages. Also: WHY DOES BEING SHOT IN THE STOMACH MAKE ED SHEERAN EAT POLOS?

Wendy is on the internet, here. You should know, there is also a MUSE single out today but it’s not on the radio until ‘later’. This isn’t it.