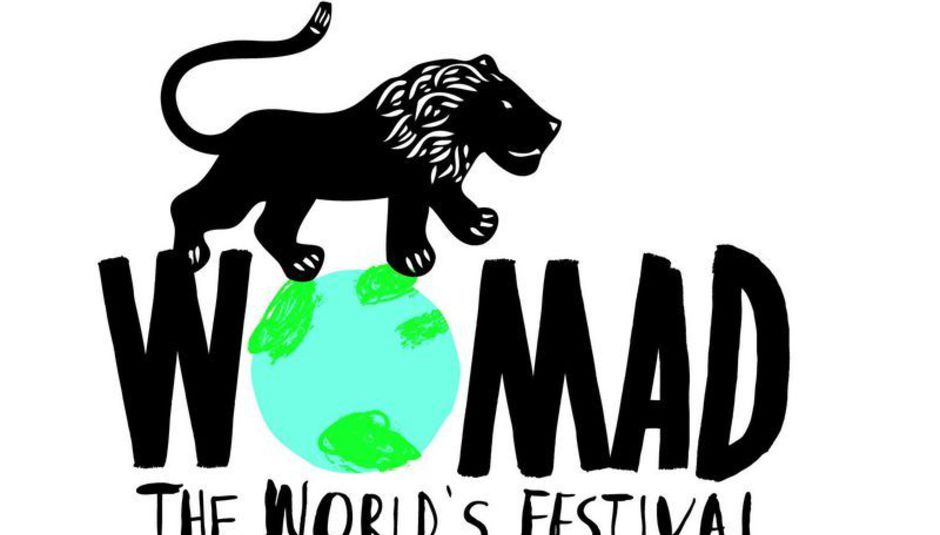 WOMAD occupies something of a niche in the world of festivals. Largely marginalised in the mainstream music press, it is simultaneously a festival for 'everyone' and one geared at a very specific audience. Now in its 30th year, WOMAD isn’t likely to make a bid for wider public awareness anytime soon. The organisers appear content with their festival not being a household name, and why wouldn’t they be? Despite being a relative obscurity, WOMAD manages to pull in over 20,000 fans with admirable regularity. A sizeable percentage of attendees are returning customers.

If you were to draw a Venn diagram depicting acts covered on DiS and acts seen at WOMAD, the overlap would be infinitesimal. Last year they had Gogol Bordello. In 2010, Gil Scott-Heron. This year, Robert Plant’s new band (The Sensational Space Shifters) were headlining. So you can usually rely on a relatively big hitter to take the stage on Sunday night. The rest of the acts, however, tend to occupy a completely different sphere to that of DiS. I’ll hold my hands up and say I was unfamiliar with about 90% of the acts this year, as they would generally be covered in publications I don’t read (the likes of Songlines and Global Rhythm). This didn’t bother me, as I prefer to just wander and see whoever takes my fancy at festivals, rather than sticking to a rigid schedule.

Regardless of all that, there’s plenty to enjoy for pretty much any music enthusiast at WOMAD (which is a cliché, but one that sticks here). If you can ignore the slightly pretentious trappings of world music (“it’s real music – organic, ancient, not manufactured” etc. etc.), you’ll find a lot to love. All music is either good or bad, regardless of where it comes from, and simply put there are a lot of lovely sounds at WOMAD. Some of my personal highlights to follow:

Vaguely reminiscent of Vampire Weekend’s debut album, with strong shades of Feels-era Animal Collective, this quintet weren’t exactly bursting with originality, but nonetheless were good balmy fun. Their songs were tropical, even Balearic in places, with guitar work that ranged from pleasantly jangly to stark and atmospheric. I can’t say how well they’d stand up to repeat listens on record, but in a cool, breezy tent on a blisteringly hot day, they were quite glorious.

One of the better known UK-based acts of the weekend, theirs was a moody, restless set, largely in thrall to the minimalism of second album Isla, rather than the dense, winding jazz of their latest record. It was a commanding performance, one that mesmerized the audience despite a slight lack of variety. Throughout the set there was a pleasing sense of no instrument being underused, no note being wasted. That they managed to hold their own in a festival better known for more colourful acts was impressive, and evidence of their ever-increasing confidence as a band.

Vinyl crate-diggers from Angola and Portugal, this Lusophone ensemble knitted samples of 20th century kizomba music with the contemporary Angolan genre of kuduro. To British ears, this translated as a thoroughly entertaining tech-house act, bathed in the warm crackle you associate with old pop LPs. Incredibly lively, too. The majority of the WOMAD crowd don’t strike you as folk who go clubbing, but Batida’s driving, syncopated rhythms made for easy, joyful dancing.

Truth be told, not really my sort of thing, but in a live setting they were quite special. With its roots in the traditional folk of Manganiyar, India, the style was perhaps a bit limited in scope for my taste, despite at times being earthy and rousing. Instead, it was the visual spectacle that impressed. Essentially, The Manganiyar Seduction were comprised of 40 musicians, each occupying their own box. These boxes were backed with red velvet and framed with bare lightbulbs, and arranged in four rows of ten on top of one another. When a musician began singing, or playing, their box would light up. This led to a rudimentary yet entrancing set, as lights flicked on and off in time with the music, with both light and sound building in intensity as a song neared its conclusion.

Away from the stages, WOMAD remains a thoroughly pleasant place to spend your weekend. In pure logistical terms, the site is easy to navigate, with many different routes available from one part of the site to another. Amenities like toilets, water points and bars are evenly spread throughout the site, and of course food stalls are plentiful. It’s worth mentioning, in fact, just how superb both the quality of variety and dishes available is. Over the course of one weekend, I had stonebaked pizza, churros, tapas, Goan fish curry, steak pie, and pulled pork with potato salad, and it was all bloody delicious. In terms of drinks, there’s a fine range of ales, lagers and ciders. All bars have the stock beer and cider (Amstel and Bounders), while specialist bars have far greater variety, with barrels and boxes aplenty behind the bar.

Aside from the obvious stuff, WOMAD generally boasts a charming atmosphere. All manner of things contribute to this, from the splendid, colourful flags rippling in the Wiltshire breeze, to the option of charging your phone with kinetic energy generated from riding a stationary bicycle. The site also boasts a small, old-fashioned fairground and a rather lovely wooded area, ideal for when you need to be away from the heat and noise.

Gripes? Nothing major, in truth. This was my third year, and I found myself becoming faintly irritated by the number of people who feel the need to dance to every act as if they were attending a tribal ceremony. Granted, part of the appeal of WOMAD is that people can, to an extent, act how they want without reproach, but I find that sort of behaviour a bit silly. Might just be me being a grump, though. My biggest issue with the festival was that, despite being the 30th anniversary, there was really nothing to mark it out as different to previous iterations. The only real reminder was the ’30 Years of WOMAD’ emblazoned in gold on the weekend programme (as well as the ‘30th Anniversary’ feature on the WOMAD website). While this didn’t really detract from an otherwise superb festival, it felt like something of a missed opportunity.

With six hugely successful festivals at Charlton Park behind them now, it’s fair to say the WOMAD crew know what they’re doing. I’d venture that it’s not your average DiS-reader’s first choice of summer festival, but it is at the very least worthy of consideration. Hospitable, distinctive, and impeccably run, you could do a lot worse than WOMAD next summer.

"Being apolitical is a political stat...