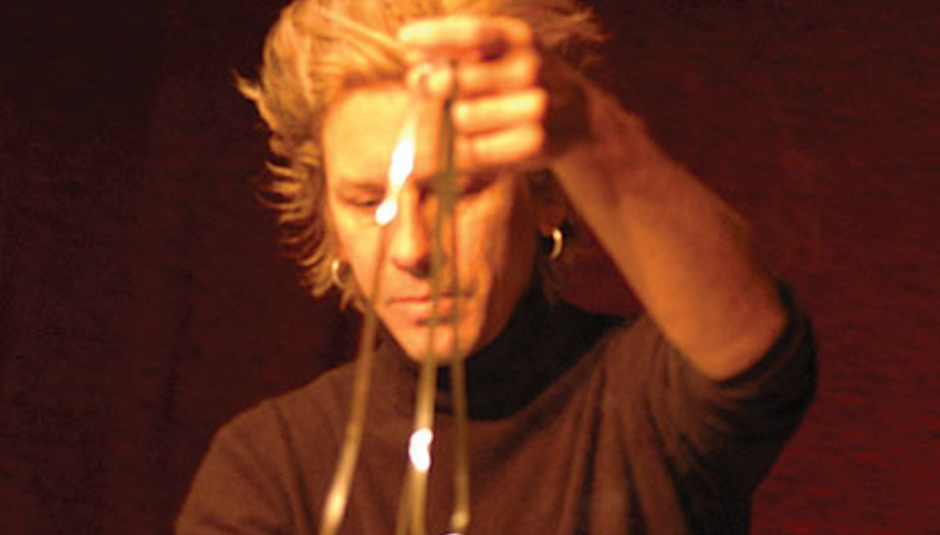 So how was everybody's Sunday evening, London folk? Were you one of the disappointed herd furrowed in front of your telly sets; the Jessie J variety hour during the Olympics Closing Bonanza proving a sobering kick to the proverbial two veg during a inevitable return to a daily, Games-less 9-5? Then again, perhaps you headed to Hyde Park to watch Blur battle with bureaucratically enforced Zone 1 volume restrictions? Maybe you even headed out to the Forum to listen to a recently reformed Refused tear the place down? Over at London's Southbank Centre, the Queen Elizabeth Hall played host to a different kind of spectacle entirely.

As documentation of Basinski's failed attempts to digitize his aged magnetic tape recordings, the Loops' conceptual ties to the events of 9/11 are well documented: the smudged decay of Basinski's tape was not only recorded at a similar time, but also finds parallels in both the literal and figurative collapse of New York City. As such, this isn't the first time the orchestral version of these pieces has been performed: the Wordless Music Orchestra presented the piece last year to mark the tenth anniversary of the tragedy at the city's Metropolitan Museum of Art (listen here)— a recording of this performance is to feature on a colossal 9 LP box-set soon to be issued by Temporary Residence.

Tonight's performance, on the other hand, opens with a half-hour rendering of ‘dlp 2.2,’ and immediately some of the more logistical concerns are addressed. How would an orchestra recreate the characteristic crackling decay of Basinski's loops, I wonder? The answer lies in the percussion section: on the left, a musician carefully peels and rustles what appears to be a roll of closely-mic'd cling film, while centre-stage, a brushed snare drum reenacts the sound of the antiquated loops ticking past the tape head. The resulting effect is almost tactile. Sinking further into my seat and away from everyday consciousness, I wonder what devastating sensation would have occurred if this orchestration were ever to be paired with the equally fragile decomposition found in the turntable artistry of Philip Jeck? Lord knows it was his sputtering backdrop that lifted a recent performance of Gavin Bryars' similarly lengthy and glacially collapsing The Sinking of the Titanic to different realms.

Following a brief restructuring of the orchestra, we're cast headfirst into the poignant ‘dlp 1.1.’ The piece's topography is faithfully recreated: two trombones take shifts cycling through that infamous theme, while there's some seraphic doubling between a xylophone and a trio of clarinet, viola and french horn in the middle of the ensemble. The disintegration aspect is seamlessly integrated, too. During the earlier ‘dlp 2.2,’ the sound of silence had slowly permeated the texture — as the musical component shortened, the listener was allowed more space to meditate between each iteration. For ‘dlp 1.1,’ however, it's a hollow drone from two double basses that envelops the music. Once this drone has fully occupied the space, and been allowed to degrade at its own pace, the room is still. Utterly paralyzed. Briefly, it feels like audience and performer are stuck in stalemate—the silence one of anticipation rather than quiet memorial. But a sense of submission quickly spreads around the room. Not only does it feel like a fitting tribute to victims of the tragedy with which this work is inextricably linked, but also a logical destination of disintegration: once everything has evaporated, there remains a void.

As conductor Ryan McAdams signals the silence to a close, the room erupts. Basinski, alongside arranger and Johnsons member Maxim Moston stride through an audience that is fast rising to its feet. The former's lion's mane coiffure and angular attire quickly identifies him as one of curator Antony's own ilk — an unrelenting creative with no time for conventional or the expected. Alongside him, Moston looks almost square.

Stumbling in reverie back towards the station, I cut the corner off the Southbank Centre, detouring through the Royal Festival Hall. Across the room, there's a group of people crowded around a screen showing footage of the Closing Ceremony — it seems to be a montage of teary-eyed athletes crumbling with emotion. Right there, that feeling of entitled I-know-something-you-don't-know hits home. While the eyes of the rest of the world were fixed on the Olympic Stadium, a select few of us were privy to something genuinely affecting in its otherworldliness.