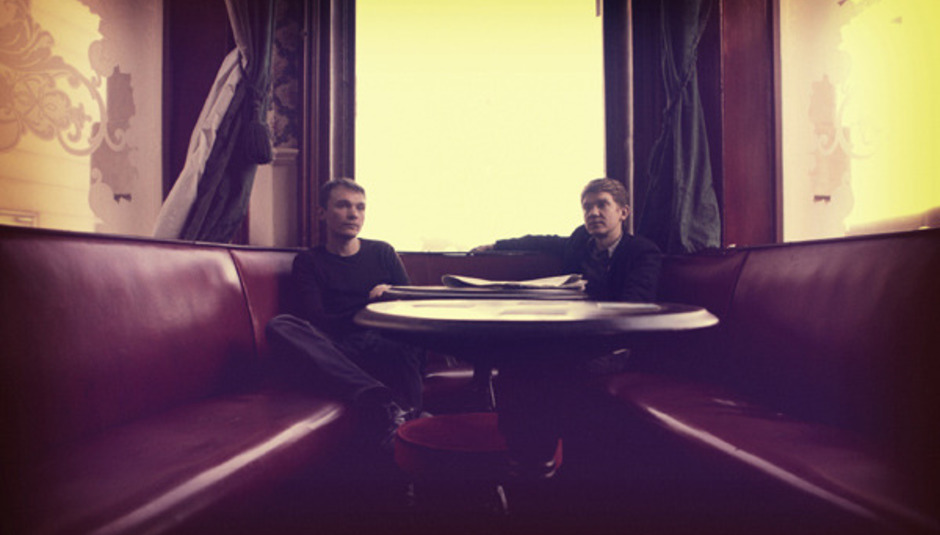 Since the region has been battered by an onslaught of ridiculously unseasonable weather in the last weeks, the title of this column has never felt more appropriate. I spent a portion of the weekend discovering the failings of my ‘waterproof’ coat on the banks of the Tees while taking in the Saturday installment of the Stockton Weekender. It was a pretty mixed experience, all told, with the positives of brilliant sets by The Chapman Family, The Lake Poets and Willy Mason offset partly by the early afternoon monsoon, and also by the general weirdness of having the second stage situated adjacent to the main one, meaning the quieter moments taking place on the former were occasionally rudely punctuated by soundchecks on the latter. Mind you, it was still a much less objectionable experience than the horror of Evolution in June, with narry a teenage arse-cheek in sight, and boasting the welcome presence of Sound it Out’s merch tent (and in particular its rich selection of £1 albums) which provided a pretty agreeable spot to shelter from the weather.

There’s still plenty to look forward to in the region before the Summer is out. As mentioned last time out, Split Festival returns from 21-23 September. While Saturday’s headliners can’t be announced until August 27th (they’re not trying to be all mysterious, apparently it’s just boring inter-festival contractual stuff), some pretty exciting new names have been added to the bill since our last installment, including Future of the Left, Athletes in Paris and Saint Etienne. Also freshly unveiled is the cracking line-up for Split’s fringe event Split Parade on the 15th, featuring the likes of brilliant squawking lunatics B>E>A>K, Nadine Shah, Polarsets and Collectors Club. After the success of last year, the Split events are likely to be among the highlights of the NE music year.

If a September trip over to Sunderland doesn’t grab you, then perhaps you’d prefer to spend the Saturday of Split weekend taking in Space Invasion at the Sage Gateshead on Saturday the 22nd. The event is a collaborative venture between Generator and Northern Film and Media, and features live sets by Ghostpoet, Raj Pannu, Jethro Fox, Seye and Lulu James. There’s some really interesting-looking visual stuff going on too, the pick of which is a screening of ‘Pallion’, an audio-visual collaboration between Lanterns on the Lake and Novak Collective depicting the history of ship-building on the Wear.

There’s a lot of other live music taking place in the NE in the next couple of months which I reckon is worth your time and money too, including the following:

We’ve been blessed with an array of great North-East records in the last couple of months, and I think my highlight has been the release of the brilliant Warm Digits and Field Music collaborative Radio 3 Late Junction Session. The session was originally recorded back in January, but it’s really nice to see it get the care and attention it deserves now with a lovely 10” release on Distraction Records. The session comprises four tracks composed on the day of recording, and the result is a blissfully trippy 20 minutes, which shows Warm Digits’ krautrock experimentalism to be a surprisingly neat fit with Field Music’s melodic genius.

While we’re hovering around the more experimental end of the scale, Dressed in Wires are about to release their fourth album in 18 months, the final installment in the ‘Bring the Exhibits’ quadrilogy, Needs. It’s out on August 13th on Bear With Me, and it’s another fascinatingly meandering selection of electronic madness

Tusk are a band who seem to be hitting their stride really nicely of late. They release new double A-side single 'Boy Bruce the Mighty Atom/Subtle Fun' on August 27th, and it’s an absolute beauty. There’s hints of Foals and Wild Beasts in the melodic melodrama of the songs, so I guess it’s fitting that the video for 'Boy Bruce...' is as arty as it is. The single is rapidly becoming one of my favourites of 2012, so I’m really excited to hear what they come up with in the future.

The Prison Library are apparently lining up a couple more singles this year, but I’m still really enjoying their last single ‘Liars’. Produced by Heartstring/general NE music hero Mick Ross, it’s a darkly catchy piece of music which has had a good bit of airplay from the likes of John Kennedy and Tom Robinson. The Scott Coulter directed video enhances the stately National-esque gloom nicely too.

Pan-North-East collective Mr Ben Sir still feels to me a bit too well-kept a secret, perhaps partly because of the scarcity of their live appearances, but the two releases which have come out so far on The Calico Print have been absolutely excellent. Their new EP ‘Portraits’ is out on September 17th, a week before a support slot with Withered Hand in Newcastle, and it’s probably their best work yet, a beautifully majestic set of songs.

So, then, breathlessly onwards we rush to the close of the year, and I’m expecting plenty more amazing stuff in the next few months. But have I missed anything crucial and exciting this time out? Well, you know how to address the issue if I have, fill that white box underneath these words...