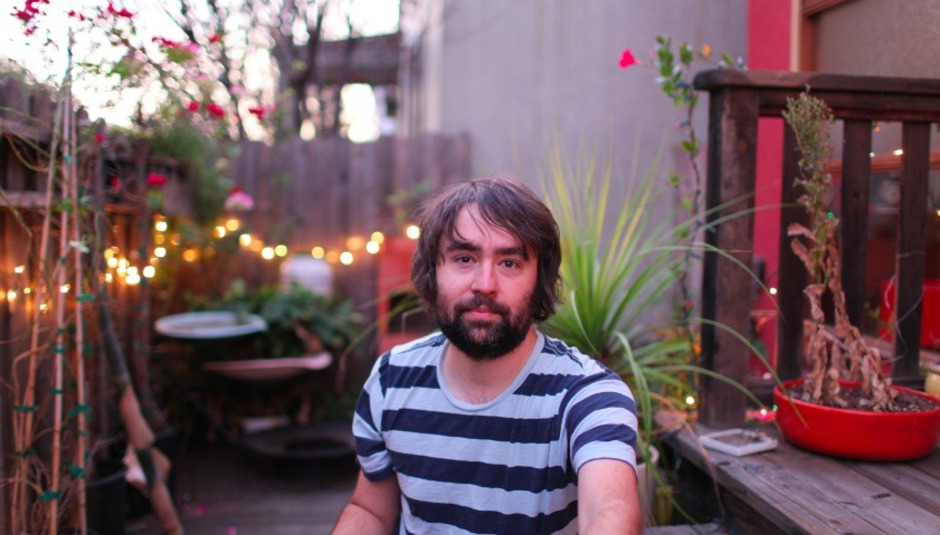 Jimmy Tamborello is a bedroom producer. At least he was until a couple of years ago, when he finally moved his studio out into its own room at his home in LA. Still, the man better known as Dntel didn’t do too badly out of that bedchamber. It was, as they used to perpetually say on MTV Cribs, “where the magic happened.”

A pioneer of glitch and the sort of understated electronica that’s become increasingly popular over the last decade, his 2001 album Life Is Full Of Possibilities still sounds fresh and vital today. There are plenty of exquisite moments on that record, but the track which was to prove most fruitful was his collaboration with Death Cab For Cutie singer Ben Gibbard, ‘(This Is) The Dream of Evan and Chan’. The pair liked the track so much that they decided to make an album together as The Postal Service. The result, Give Up, was released on Sub Pop in 2003 and went on to become the label's biggest-selling album since Nirvana's Bleach.

Tamborello returned to the name Dntel for 2007’s Dumb Luck, which featured collaborations with Conor Oberst and Jenny Lewis among others, but when he started work on new album Aimlessness he initially decided he wanted to move away from vocalists altogether. “I made most of this album instrumentally and at one point planned on it all being instrumental,” he says, “but then in the last couple of months we decided to add little bits of vocals. Nite Jewel is friends with my girlfriend, so that’s kind of how that collaboration happened! She’s someone that I hadn’t worked with before and I really like her voice. I thought it could work for a song. I gave her almost the whole album as instrumentals and had her tell me what she wanted to sing on.”

The track she plumped for, 'Santa Ana Winds', is one of the highlights of a gorgeous, understated ramble through sweet electronic soundscapes. “I tend to turn on instrumental electronic music more than other music these days,” Tamborello explains. “I have this thing of just liking music on in the house that’s not super-aggressive and forcing you to pay attention all the time. Stuff that elevates the mood but you can choose how much to pay attention to it. You can take different things from it.”

Given that he’s inspired by the sort of music fills people’s lives almost without them realising, does he consider how people will be listening to his songs when he makes them? “I don’t think about it too much,” he says. “I rarely know what sort of song I’m making while I’m making it, so to think about the audience for it too would be really hard. I was making a lot of these songs as I was preparing to go on tour, so I pictured them being in clubs. I guess I started making these big dance hits, but then when they get finished they’re not that at all! A lot of the electronic music I like is club music, so I want to be like that but it doesn’t come out that way.”

Listening to his intricate production work, and considering the five year gap since Dumb Luck, it seems easy to imagine that Tamborello has a painstaking perfectionist streak. I ask if it feels like starting over from his beginnings each time he makes a new record, and he pauses for a while before saying: “It’s a little bit like starting from scratch. I never mean for it to take so long between albums.” He sighs. “I really like the idea of putting out a lot of albums and taking chances and not really worrying about what people think. Just building up the albums, but I haven’t really done that because each one has taken me so long.”

For this record, though, there was a conscious attempt to go back to his roots: “I was looking back at my older music from before Life Is Full Of Possibilities, at what I was doing in the 90s which was more electronic and melancholy. I tried to recapture some of that energy and that mood, which is also there on Life Is Full Of Possibilities. I felt like ‘Dumb Luck’ was going in a direction that, by the time it was done, was barely to my tastes. I like the album, but if I put it up against other records that are like it I probably wouldn’t like those other records! I needed to re-figure out where I was going.”

The direction he’s found himself heading in can perhaps best be summed up by the instrumental ‘Bright Night’, which marks something like the centre point of the album and which he describes as perhaps his favourite moment on the record. “It’s a real visual song for me,” he says, “It makes me picture things in my head.”

It’s that alchemy, the way Tamborello’s music can draw pictures using the most minimal of palettes, that makes a Dntel record so rewarding. He just wishes he knew how he does it: “It’s not always visual but I like sounds that feel physical, like they have a texture or shape to them. I never really know how to get that. It just kind of happens accidentally. Sometimes a song comes out sounding kind of flat, which can be okay too, but sometimes they kind of turn 3D.”

Aimlessness by Dntel is out now on Pampa Records. You can stream it in full below. He plays The Borderline in London on September 17th.