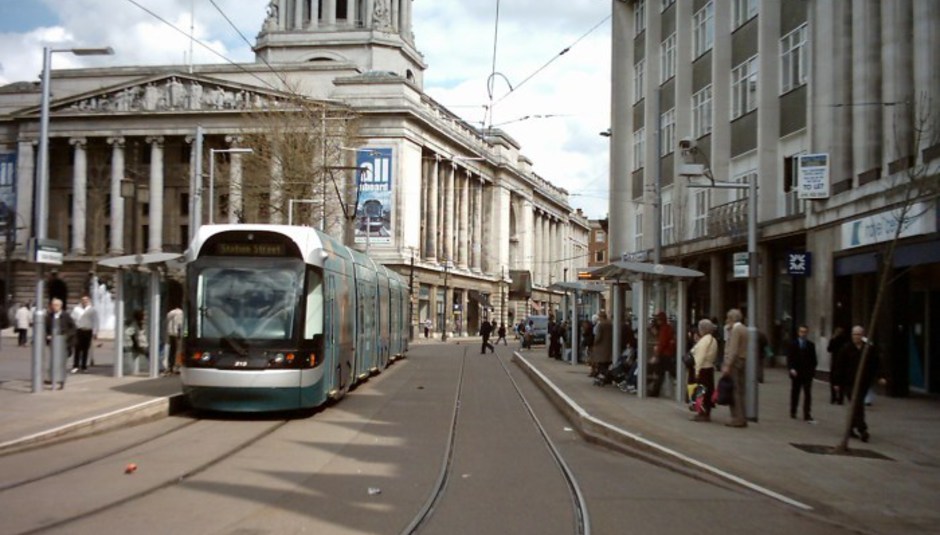 The summer may have been a complete washout but that still hasn't curtailed the musical treats that continue to engulf Nottingham's fair city. Here, Drowned In Sound's man around Nottingham (and the East Midlands) takes a look at the latest releases and happenings within the region over the coming weeks...

Although normally a barren time in many towns and cities due to the number of festivals and lack of student activity, there's still enough going on in Nottingham to keep the city's musical folk content. While the last few weeks has seen the likes of Dot To Dot, Download, Indietracks and the Waterfront Festival attract large crowds to its events, this weekend sees the city's Splendour Festival celebrate its fifth birthday. Held in the picturesque grounds of Wollaton Park, it has grown in stature since first opening doors in 2008, mainly due to the cheap ticket prices (£27.50 to punters with an NG postcode) and diverse music policy it employs. Granted, while not being the most DiS-friendly of line-ups - although we had a ball at 2011's event - trawl through the obligatory Radio 1 acts and Razorlight and you'll find a wide selection of excellent local and national talent worth making the effort for.

Indeed, only last month, yours truly sat on a panel of seven judges for the Future Sound Of Nottingham final at Rock City, alongside the likes of LeftLion editor Jared Wilson, Confetti Studio's Craig Chettle and local singer/songwriter Nina Smith, the winners opening the Main Stage on Saturday at Splendour as well as bagging a slot at Wireless. While standards were of a mixed bag (as is typical of such competitions), winning outfit The Afterdark Movement fully deserved their victory. A soulful six-piece fusing hip hop, rhythm and blues with a dash of pop, their enthusiastic live show coupled with the engaging presence of main mouthpiece Bru-C ensured the result was a foregone conclusion. Here's their reworking of Radiohead's 'Street Spirit', which brings a unique twist to Thom Yorke and co's masterpiece-of-sorts if nothing else.

One artist that did catch the eye on the evening was female solo artist Indiana, whose performance as special guest on the evening wowed all those present. With comparisons ranging from Lana Del Rey to Kate Bush, it's little surprise she's already attracted a surge of interest from management companies and labels, with BBC's The Voice also said to have approached her about appearing on their second series. Playing at Splendour on the LeftLion Courtyard Stage at 2:30, here's the brooding 'Erase', taken from her most recent demo recording.

Sticking with Splendour, Nottingham-based acts Kappa Gamma, Natalie Duncan, Ronika and Jake Bugg are among the local names on the bill currently making headway beyond the city walls, the latter having recently been confirmed as main support on the Snow Patrol/Noel Gallagher double-header across the States later this year. Here's the video for his most recent single 'Lightning Bolt'.

Jake will also be appearing at August's Y Not Festival. Situated in the Peak District National Park near Matlock, this year's line-up is a bit of a mixed bag, but includes several gems including British Sea Power, Frightened Rabbit, Roots Manuva, Pulled Apart By Horses and Slow Club alongside several Nottingham based acts such as Spotlight Kid, Frontiers and The Maffa Kings. Tickets cost £75 including camping for the three-day bash and can be purchased here.

It's been a great few weeks for Nottingham's Denizen Recordings. Having been featured as Huw Stephens Label Of Love at the start of this month, they've a host of excellent releases coming up in the not too distant future. Double a-side single 'Ill'/'I Can't Stay Awake' is set to be the last ever record from Hot Horizons, an outfit tipped for greatness on these very pages a good year or so ago. Released on Monday 6th August in conjunction with fellow Nottingham label Hello Thor Records, it's as expansive and atmospheric a finale as anyone fortunate enough to witness them previously could have wished for.

The aforementioned Kappa Gamma also release their debut single 'Just Another'/'Wildfire' the following week (Monday 13th August). Again, a joint release between Denizen and James Spence of Rolo Tomassi's label Destination Moon, it captures their playful glitch pop and occasional calypso rhythms to perfection. Here's a video for 'Just Another' that the band made themselves.

Staying with Denizen, we feel it only right to also mention Origamibiro's excellent Shakkei Remixed long player, which came out at the beginning of July. Featuring seventeen remixes from their recent album of the same name by the likes of Plaid, Last Man On Mars and Aus, it's an excellent compilation that evidently highlights why Origamibiro are currently held in high esteem as being among experimental electronica's finest innovators.

Back to Hello Thor; they too have a couple of releases worth giving a heads up to. First up, out at the end of June, comes the 'Teapot EP', the first release from Nottingham-based experimental combo Cantaloupe. Comprised of three ex-members from the now defunct Souvaris, their influences range from krautrock to afro-pop and beyond, although we think the title track reminds us of Battles.

Meanwhile, having recently departed the band Swimming to concentrate on his solo project, Andy Wright aka We Show Up On Radar releases his first album, Sadness Defeated on Monday 10th September. Produced by Jason Boshoff, whose previous credits include Basement Jaxx, Lisa Hannigan and Groove Armada, the record is a tender yet anthemic collection of popular melodrama that should catapult him to widespread attention far and beyond his native city. Check DiS for a full review in the coming weeks...

Local electronic artist Navajo Youth recently put out his four-track EP 'Heavy Heart'. Having just moved to Leeds - indeed it was mastered by one-time !Forward Russia! mainman Tom Woodhead - it's a glorious parting gesture to his hometown by one of the East Midlands' most understated songwriters. And it's also available for nothing too, here.

Also out this month (Monday 23rd) is 'Glockenspiel Song', the new single from local five-piece Dog Is Dead. Initially released as their limited edition debut single back in 2010, its re-release due to popular demand acts as a prelude to their debut long player, All Our Favourite Stories, due out in the autumn on Atlantic Records.

Pop chanteuse Natalie Duncan's first album Devil In Me also saw the light of day this week (Monday 16th July). Recorded in just ten days and due out on Decca Records, you can listen to a preview of the album in full below:

With further new releases due in the latter part of the year from local supergroup Grey Hairs, who feature former members of Lords and current personnel from Fists among their number, up and coming four-piece Great British Weather not to mention the much-anticipated follow-up to last year's Disaster Tourist from Nottingham shoegazers Spotlight Kid, the future looks very bright indeed.

If anyone has any Nottingham based bands, gigs, releases, links, events or clubnights to add please do so in the comments section below.