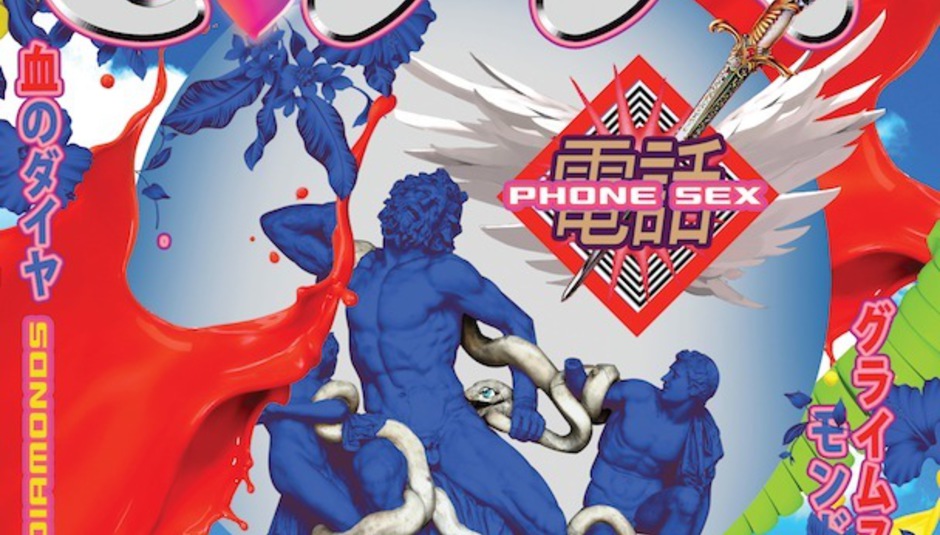 Alas, Roby has nipped up the road for a weekend of larks at Latitude. Jazz Monroe wasn’t so lucky, and steps in to save this week’s singles from certain obscurity...

‘Prism’, my pick of the EP, covers lots of ground with less substance than seems strictly possible, like a thin film of gossamer stretching across an entire city. It’s a structural wonder: so tightly woven are the song’s sinews that only a sliver of pathos seeps through, leaving a kind of bare, ecstatic bliss tempered by the distant knowledge that your girlfriend’s cat died last weekend, and you haven’t buried it. Like the best foot-moving music, while Jacques Greene’s is so exquisite, so deft of touch that even the man’s fingerprints are no longer traceable, you’re left with the feeling that, whatever his true identity, he’s bound to be a pretty decent guy.

Self-stated Aqua lover Claire Boucher surprises no one by guesting on this immaculate/borderline unlistenable marriage of bonk-bonk steel drums and pomp-free synth-work. Best enjoyed whilst imagining the reactions of people who find Animal Collective overly contrived, ‘Phone Sex’ flirts with proper awfulness (which seems dreadfully mean, until you realise it’s not even taking the piss) before sacking off the pillow party to indulge in a gentle phantasmagoria of innocence and glee. It’s entirely daft, it’s criminally catchy, and if anyone’s still listening to it six months from now I’ll throttle a tropical parrot.

There’s been some talk over whether this lot really, like, properly mean it. Whether it’s a simple formula of falsetto + summer + Danger Mouse = profit. Whether they’re in fact merely a gaggle of chancers with tongues so firmly, irretrievably lodged in cheeks they’re getting funny looks from strangers in the street. First things first I’d like to stick my oar in and say I couldn’t be much arsed either way. Secondly, ‘Awake’ is oozingly, stylishly, legitimately, wonderfully, unironically great. Like a Friday afternoon it swaggers, striding forth along the catwalk, with the air of a song so staggeringly self-assured it can’t possibly have anything to prove. Yes, really, I think it’s excellent.

Here’s something that ought to have the kids donning headphones and putting their hands in their pockets like they just don’t care. Apparently Deaf Club look quite normal, but amazingly they make music that sounds really dark. Not like walking in on your parents banging dark, just like Ian Curtis getting stoned with Esben and the Witch in a parking lot, or something, dark. Ho hum. On account of being inhabited by spectral vocals that tremble with vertigo, hoisted skywards by possessed ravens and fibre-optic guitars, ‘Moving Still’ is actually a right bloody gem of a song, too furtive to catch directly in the eye and yet far more enjoyable than that makes it sound. Perfect? No, not really, but then it probably wasn’t trying to be, was it.

This song writhes in apathy and inconsequence. This song does that cool Radiohead thing where the noises overlap a bit. This song sputters and stalls, dramatically failing to justify the hype surrounding alt-J while simultaneously hinting, teasing to unearth something startling, something satisfying - which never comes, which is the point, of course - begging the question of how some straight-faced sonic academics with good producers and a ropey metaphor for rutting won the popular vote in the first place. This song says something about triangles which is mathematically incorrect. Or... is it? No, actually it kind of works. Hey, someone should start a thread about it. Oh look.

It’s not Summer Camp’s best song, is it? Still, there’s brio enough here alone to buoy latest EP Always. For the lead track, Jeremy and Elizabeth don the guise of an optimistic couple - young, probably - attached more to their relationship than, as Jezza gasps, they are to one another. It’s superficially upbeat, peeling back the half-arsed paint-job of a peculiar brand of love that finds itself increasingly beholden to its own uselessness. And at least in that respect, it’s the kind of intelligent fare that certain synth pop-phobics with clipboards and red pens ought not be sniffing at. Keep smiling, Summer Camp.

Slugabed – ‘Mountains Come Out of the Sky’ (Ninja Tune)

Just in case you missed it, Slugabed’s debut album, Time Team, is awesome. ‘Mountains Come Out of the Sky’ is no different; highly likely to have you dancing like wet salmon in the Brighton producer’s net. See, the music Greg Feldwick makes sees no boundaries to the stinking underworld of UK electronic music, and that’s what makes him unfeasibly cool. Sell your minimal-techno sevens, everyone, it’s a big gurning triumph for the unstoppably senseless joyousness of DANCING.

Actually, I quite like this. I mean, in a ‘nothing Purity Ring haven’t done in slightly tighter, weirder and giddier fashion’ kind of way. But still, eh.

Jazz keeps his most coherent thoughts here on Twitter. Eagle-eyed readers will notice that he stumbled upon a two-hour beer giveaway last week, a fact he’s still trying to align with several years of accumulated karma resiliently holding doors open for strangers, even when the wait is slightly longer than comfortable, even when he knows no thanks are forthcoming. The point is, keep on the good fight, guys.

"I hate being in a studio"