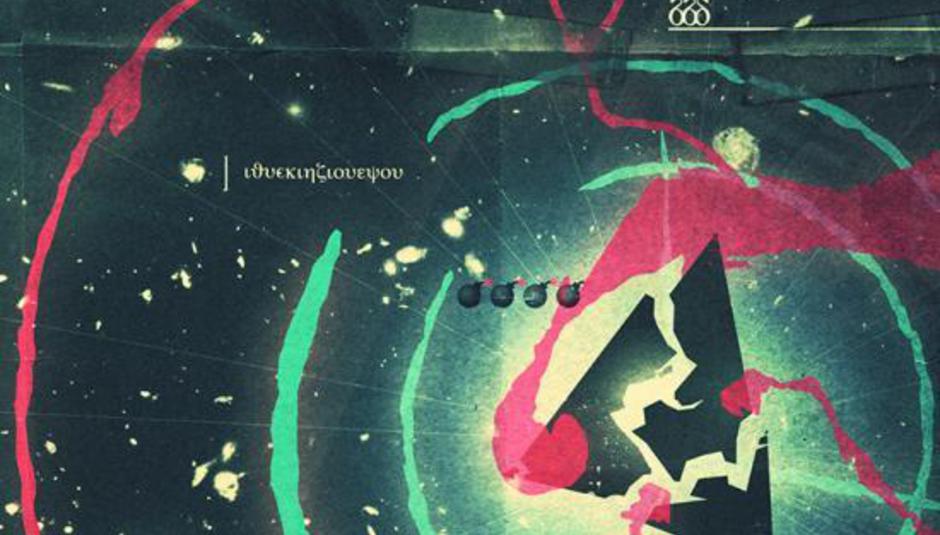 What has happened this week is that I have been in a very good, excitable and giggly mood, so unless a single has been gurning at me with a face full of powdery wrongness at the same time as raising my arms aloft, I haven’t been interested: it could jog on. This means that all my favourite singles this week are button-pushing, unabashed joyful nonsense for which I make no apology whatsoever. Bedwetters and curtain-drawers: please beware.

Quite why Big Black Delta has decided to call his single after something said by drunk people to their bezzie m8z I’m not entirely sure. Same goes double, of course, for the 12-year-old boyery of calling your label ‘Masters of Bates’. But as it happen, ‘IFUCKINGLOVEYOU’ - the worst-named song on the worst-named label - is brilliant. Mainly because it’s absolutely nuts; a crass stomp of distort brass, screaming choirs, and a vocal performance with the kind of hauteur you’d normally associate with glacial electro-pop. In the press release it says something about how Big Black Delta wanted to imagine pop music in his own image - how he wanted to forget what he knew about what pop was meant to be. And it seems like he’s decided it should be as grand, gothic and mental as space rock. I mean, I’m not going to lie, this isn’t a single you could ever call subtle – it is, in fact, as crass as going to the trouble of paying for an account on match dot com and then calling yourself ‘fancyashag_64’ (WHY DO PEOPLE DO THIS). But if you believe all the best pop singles are statements of intent; three-minute manifestos that leave you in no doubt as to a musician’s vision, you won’t be disappointed. Brilliantly brash.

Meursault are as still as gratifyingly fancy as the wine they’re named after, and ‘Flittin’’ is very much full of their particular brand of ache and yearn. What I like most about them is that their songs always feel like they’re reaching; straining with their fingers to grasp something that little bit too high. By all of which I mean, there’s a certain, painful stretch to the elements on ‘Flittin’’, from the gasped vocals to the trilly little piano rolls and sliding strings. Richly textured and terribly affecting, this was the serious song that managed to break through this week, even though I was concentrating terribly hard on being a happy div.

It is good for Deco Child that their single has accompanied me on a week of jaunts, biking through fields so pretty it felt like God was making a joke, and on car rides through parts of Norfolk so green, big-skied and beautiful I nearly imagined he might actually exist. ‘S&G’ is driving electronica with a momentum so winning it is hogging all the podiums – it has won the medal for judicious pace; it is having the gold for sincerity, with its uplifting and uncynical tone; and its percussive elements - from the fidgety fingerclicks it begins with, to the a neat layer of static that isn’t simply present to make ‘S&G’ seem weird - all have the kind of purpose that make you want to put your hands up high, whether you actually want to or not.

Recent releases from Bang On!, Dobie, Lorn and Deco Child are making me very excited [read: capable of pub-ranting for at least an hour] about Ninja Tune and Big Dadas’ rosters. Both labels seem revitalized and fresh in a way which is very pleasing (if not surprising) for a label coming into its teens. And even though The Invisible have been around for donkeys, ‘Wings’ is fresh too, crisply basslined and chimey and cinematic. Yes, I agree, it IS a bit R1 playlist with all those absurdly taut hi-hats and Proper Drumming (we bedwetters are allergic to Proper Drumming, after all). But still, you know, good.

Cheekiness in pop music is a hard thing to master, for every ‘Let your boyfriend hold your jar’ there is a Mystikal, banging on about ladies with spicy cages and expecting us to fill in the euphemistic gaps. Anyway, I love a stupidly cheeky come-on, which is why I am recommending ‘Warm & Easy’ to you. Not only is it the happiest and most outright gleeful jam this week; with its keyboards made of sunsets and its lyrics about listening to the Test Match Special; it also has line at the end that I am particularly fond of. ‘I got your girlfriend thinking,’ sing The 2 Bears, all cheery and boastful, ‘I never loved a bear, but tonight I been drinkin’’. Pop Songs In Which The Singers Are After Your Woman: my favourite.

Peter & The Magician are actually and in really real life Yuksek and him out of Aeroplane. As you might expect, this means that they are in the business of producing incredibly glossy synth pop which has lovely big doomy keyboard stabs, the swishy pace of disco and a Spartan approach to lyrics. That's fine, of course, because music this happy and beach-born isn’t really about literary devices or trying to convince you that it has read all of Tolstoy or written a paper on the rude bits in Ulysses. But like pretty much everything else this week, it is a song for the car, as well as a song for driving to South Norfolk to lose your mind in a field with about ooh, 34, 999 other people. Happy!

Like most indie idiots the small matter of Really Meaning It Man is at the heart of whether I will allow myself to enjoy a band. So it was with The Cribs, who I never took to my heart because I couldn’t quite put my finger on whether they did. Anyhonks, either they’ve changed, or I have, or they've simply been around for long enough for me to get to the point where I no longer give two fucks about sincerity as long as I’m sure the band in question play because they want me to have some larks. And I think The Cribs do want you to have larks, which is why ‘Glitters Like Gold’ - though kind of rubbish and throwaway - is alright by me.

Mara Carlyle is a new one on me, but like all the best people she has piqued my vitals and prompted me to learn more. Don’t get me wrong, ‘The Devil in Me’ is so earnestly heartfelt I found myself wishing it could at least try to obscure some of its longing. But that’s the inner cynic talking, the bit that still sniggers when someone is nice to me, because it doesn’t know what else to do. Anyway, there’s something about the class of composition and the stately pace here I like, even if music this honest makes me want to make fart noises, as if that somehow redressed the balance. It does, though.

The Classical: The Young Person’s Gui...