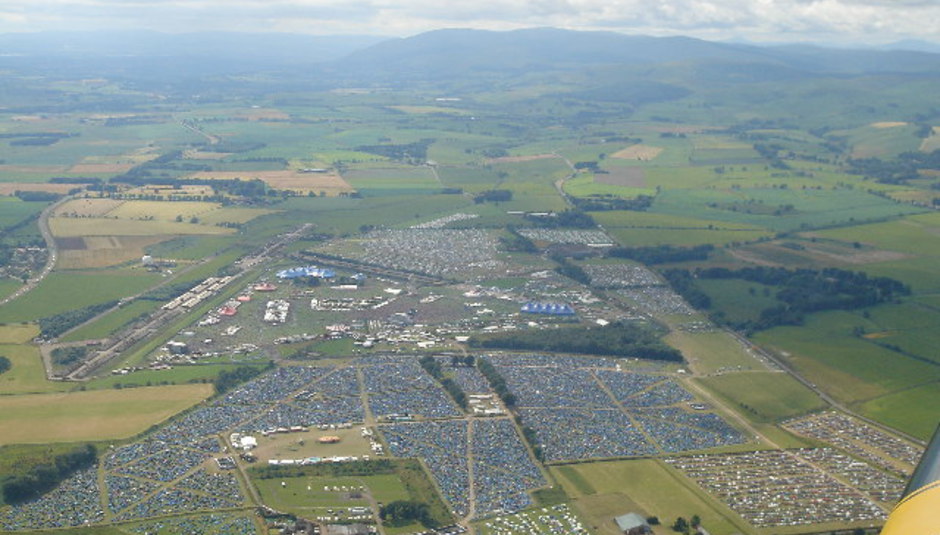 In the first week of July, everyone in Scotland's music scene is either talking about how they're heading off to T in the Park, or why they're avoiding it this year.

Due to a wedding the same weekend, I'll be missing it for the first time in years; I know when I see those buses lined up in Glasgow, and all those wellie-clad folk tripping their way through town laden down with beer and tents, I'll feel something of a twinge.

For those who won't make it to T, there's something of an exciting launch taking place in Edinburgh.Meursault will be unveiling stunning third album, Something for the Weakened on Saturday, July 7 at a show in Edinburgh's Queen's Hall. Main man Neil Pennycook was kind enough to share a little information:

"This record was made with Pete Harvey (who is also our cellist/string arranger) at his studio just outside Perth," he said.

"I had made an effort to keep the first two albums as these very insular/isolated projects (which, at the time felt like the right decision given the material I was working with and the kind of frame of mind I was in) and with this one I really wanted to feel like I was a part of something bigger, something more collaborative.

"It felt great to work with such capable musicians who could sink their teeth into the music and really 'got' where these songs were coming from. It was a very positive experience."

The sound is a little bit of a change for Meursault - a little lusher, a little fuller and a little less lo-fi, which Pennycook says came from "a desire to communicate the ideas and the language used in [a] more direct manner.

"I was getting to the point where I needed something more organic and human as a framework for the words I was writing.

"Also, I was becoming increasingly disinterested in the idea of 'folk music' and what impression that had on the way I wrote songs.

"In general, I think I was able to write these songs without worrying too much about what they would end up being perceived as, I just kind of let them happen."

For the launch, the band will be bringing a nine-piece string section in to help replicate the arrangements on the record.

"We've compromised at a nine piece string section... when I explained this to Rob (harmonium) the other day I reckon he thought I'd cracked. Nine is a good compromise I think."

The album is available through Song, By Toad records from July 16.

The band is also playing Fence's Awaygame this month (which is sold out) and later in the summer headlining the inaugural Thistlyfest in Dunbar.

Other new things/awaited things this July:

Fence Records is putting out a second series of exclusive 7" singles after the success of its Chart Ruse series which ran in the first half of the year. Kicking things off is Pictish Trail in August - you can sign up at the Fence website.

Staying on the record label theme, Chemikal Underground have made a 20-song sampler available for free on Amazon. It includes tracks from De Rosa, The Unwinding Hours, Mogwai, The Phantom Band, The Delgados… You know who's good, you know who's on Chemikal - they're all there.

Glasgow-based electro-pop duo (their description) The Mouse That Ate The Cat are releasing their next single, which is free-to-download, on Monday, July 23. It's called 'I Am the Hottest Fire'. What do you need to know about it? It's a catchy wee pop song, that's what, with a 'clean' and 'explicit' version which is always entertaining when you listen for the sweary words; even the 'clean' version is a bit racy (parking!); it's got a great outro and a lovely little b-side; and anyone that's signed up to their mailing list will receive the song a week early. The band is on tour at King Tuts Summer Nights (more on that in a sec) on July 26, The Attic, Bathgate on July 27, Cabaret Voltaire, Edinburgh on July 28, PJ Molloys, Dunfermline on July 31, Doghouse, Dundee on August 10 and Mad Hatters, Inverness on August 11.

Esperi's debut album, In a Moment, Emotion, Sentiment is released this month, through Fall On. If you're familiar with Esperi, you'll be unsurprised at the nice little touches mixing kids toys, tools and instruments all together at once - there's even a bike recorded onto one track; all of which adds up to a very sweet debut.

Here's one of the highlights:

We Are the Physics release their Wimbledon-appropriate single 'Goran Ivanisevic' this month too, and well if you don't know anything about the band the video is a great introduction:

As previously stated, it's T time and this year you can see the likes of The Stone Roses, New Order and Snow Patrol - unless you want to head to see some very talented newer acts on the TBreak and BBC Introducing stages. Oh yes.

The annual festival of Scottish talent is back this month, with highlights including Beerjacket, Midnight Lion, and The Unwinding Hours. A certain writer might also have agreed to dj in the bar before the Jack Butler/Selective Service/Mickey 9's/Kobi gig on July 21st too -- as part of an idea by organiser Craig Johnston to bring bloggers and bands closer together and just have fun too. Gulp.

You can see the full lineup on the KTSN12 microsite.

Wickerman is a weird one as festivals go. On the one hand, you're going to a festival which has Texas headlining; on the other, it's friendly, petite, and piles great acts on to its smaller stages.

Which, really, is enough for anyone to be interested - before you throw in the return of Bis, Rachel Sermanni and Bwani Junction elsewhere.

Peter Kelly, aka Beerjacket, is playing all three events, so I asked him to share some thoughts about what's shaping up to be a busy summer:

"Since [last album] The White Feather Trail came out, things have been going really well for Beerjacket and getting T in the Park was always one of my goals for this summer," Kelly said.

"I always get nervous about playing gigs anywhere of any size, but I'm mostly excited rather than nervous really! I can't wait to throw myself in front of the crowd and play.

"I hope that people pop in to watch Beerjacket on their way to see Nicki Minaj or whatever absurdly famous person is on around the time I play.

"That's one of the things I truly love about T in the Park though: despite being the country's biggest, most successful festival, they put homegrown acts on and potentially open the eyes and ears of punters who've never been inside the likes of King Tut's to lesser known bands and musicians."

The KTSN gig will be something a little special - as Kelly will perform the entirety of The White Feather Trail with friends Stuart MacLeod, who played all of the guest instruments on the recording, and Julia Doogan of Julia and the Doogans.

"Julia and I are fans of each other's music and I'm really happy that she'll be joining me for Summer Nights and also Wickerman, which I'm doing later that week," said Kelly.

"It's a great honour for me that this will be the second time I've headlined King Tut's in just over 6 months and I'm absolutely buzzing about being involved with Summer Nights as - along with New Year's Revolutions - it celebrates and gives such great exposure to the Scottish music scene.

"It seemed like a great idea to give people an opportunity to hear the album live in the form it was recorded as a thank you for their support of it since the release in October.

"On a personal level, it's also a thank you to Stuart for giving me the chance to make my first studio record - the first Beerjacket album I've been completely proud of and the first I could love purely as a listener.

"It's also been very well received, which is very validating as - cliches notwithstanding - it's the album I've always wanted to make. Honestly."

A few weeks ago, I was introduced to the delights of new Edinburgh band Teen Canteen; ever a sucker for a girl-band harmony, what else could I do but return the favour.

Fans of Futuristic Retro Champions might be aware that Carla Easton and Sita Pieraccini are popping up again in this new four-piece, alongside Emma Kullander and Deborah Smith. And they are making some gorgeous, sunshine pop, with girl-band harmonies.

The fact that BMX Bandit, Duglas T Stewart, and Eugene Kelly have both lent their talents to EP 'Cherry Pie' (out in September on Neu! Reekie!) should tell you a lot.

Carla Easton shared some of the band's story so far:

"I have been writing and performing under the banner of TeenCanteen for the best part of a year, mostly doing small acoustic events which lead to the final line up.

"I was finishing my Masters of Fine Art at Glasgow School of Art and began making a lot of videos using puppets.

"Slowly the songs began feeding into these videos and I was lucky enough to get Duglas T. Stewart to perform my song 'Fireworks' in one of them.

"He has been a great support for the whole process of putting TeenCanteen together and encouraged me to continue on my new direction of songwriting."

It's also quite a different style from FRC, of which Easton says: "I felt like I had done everything I wanted to do with that project.

"With Teen Canteen it's exciting and fresh and new and fun - I don't think we are a finished article yet and so there is tonnes of potential to keep trying new things!

"It's become a bit of an extension to my arts practice - I don't see it as separate like I did with FRC - it's just another avenue to explore the things I'm interested in.

"I'm obsessed with girl group harmonies and a DIY aesthetic. I don't know why. I like music that you feel you can be part of. I think that the massive success of girl -groups in the sixties was due to that fact that you felt like you could join in with the gang.

"You felt like you were singing with them on stage when you were just listening to their record. I hope we can provide that same feeling."

Catch the band at T in the Park's Cabaret Tent, Wickerman or Doune the Rabbit Hole this summer.

Amazing T in the Park aerial shot is by Keith Boardman.

The Future of Folk: Eddie Barcan on t...