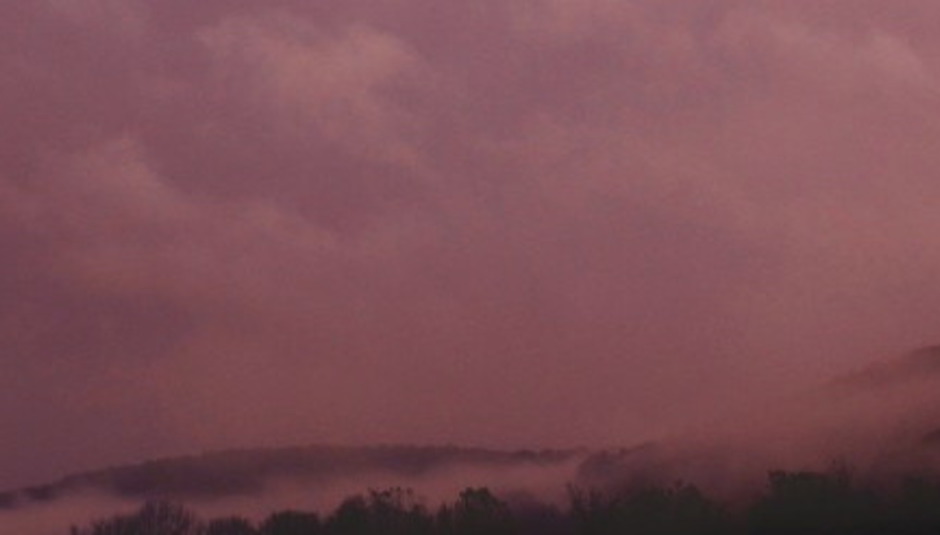 Back in March, Dan Deacon, a bespectacled Yogi Bear of a musician famed for his potent combination of electronics, teamed up with New York City's NOW Ensemble and the Calder String Quartet for a concert as part of the Ecstatic Music Festival. The concert (which you can stream over at NPR's website) featured works from the two ensembles (Cloudbank and Glitch) and following a brief interval, Deacon's own foray into the classical world (his piece was called An Opal Toad with Obsidian Eyes; more fool you if you expected anything less batshit). Equally as interesting though – analytic-retentive type such as I am – was the introduction from WNYC's John Schaefer, who deftly elucidated something that's been swimming around my head for some time now: "there's this kind of burgeoning scene here in New York – it's been bubbling up for about a decade now – of young chamber music ensembles, like [the NOW Ensemble], for whom the languages of classical music, minimalism, rock music – you can't even parse it that clearly, it just all seems to come together".

Of course, this burgeoning music isn't simply restricted to New York – there's been a certain amount of overlap between the two circles all over the world for years. It's a particularly slippery branch of music that defies genre labels, and often, the result of such willful (or unconscious, who are we to say?) abandonment of restricting stylistic expectations is fascinating. The likes of Pitchfork and NPR have both made a valiant effort to assign it the name 'indie-classical' recently, but while these articles themselves both do a great service in promulgating this particular cross-breed, the term 'indie-classical' seems something of a destructive collision of two vague terms that only increases their ambiguity.

A lot of the time, these labels are meant to help as vague descriptors: at the very least, 'indie-classical' helps one differentiate the NOW Ensemble from Sunn O)) or Carly Rae Jepsen in conversation, but this is a limited application. There's always room for misinterpretation: even when first pitching the idea of an article that looks at the best of 2012's amalgam offspring, I flippantly used the term 'contemporary classical', prompting DiS's Jack Spearing (who pens the necessarily demystifying 'The Classical' column) to immediately and justifiably email back with a list of contemporary classical composers that I'd inexplicably left off my list (why no Birtwistle, why no Knussen?!). Other popular options include 'post-classical' and 'neoclassical', but since we find ourselves in this 2012, Year of the Dragon, hyper-communicative, internet-reliant era, these artists' and composers' cultural backgrounds, upbringings, training and influences are incredibly diverse – of course there's no real one musical common denominator that underpins the music. Ultimately, all these terms seem to suggest a derivation from classical music specifically, and while that might be true for some of these composers, the majority of the time it misleads us away from the potpourri blend of genres that it realistically is.

Consequently, there were no distinct rules as to what could and couldn't make it onto this list. Some were deemed to diverge between both musical worlds by association, some are artists who have established themselves as a musician within one genre, but now seem to be testing the waters in another, and some simply speak in a language accessible to audiences of both genres. So without further ado, here's a half-year round up of 2012's best, most innovative and entertaining releases and events that tread the complicated line between popular and classical music.

Hauschka, the Düsseldorf-based prepared piano player known for his work on FatCat's 'broad-reaching post-classical' imprint 130701, and Hilary Hahn, celebrated stalwart violinist of the classical world, collaborate here on an album of largely improvised violin and prepared piano duets – so it makes for an obvious inclusion on this list. Recorded in Iceland with production assistance from Valgeir Sigurðsson (of Bedroom Community fame), the music meanders between the erratic rattle of compositions like 'Bounce Bounce' and 'Draw A Map', and the tranquility of 'Godot' and opener 'Stillness'.

We already posted a little piece about this EP, even offering up one of its five tracks as a free download. That in mind, I shan't go on too much about it here. It's Muhly's endless list of cross-genre collaborations and involvement in the ever innovative Bedroom Community that earns these five tracks their place on this list.

Also note the recent Barbican concert in which Muhly premiered his Cello Concerto, alongside Missy Mazzoli's Violent, Violent Sea and the world premiere of Owen Pallett's Violin Concerto. The second half of the concert featured a reprisal of Muhly, Doveman and Sam Amidon's An 802 Moment, featuring songs and instrumental works from each of the performers, including a utterly transfixing version of Neil Young's 'Only Love Can Break Your Heart', with Pallett taking a brief turn on vocals.

Another long-standing collective representing this variety of music for eleven (eleven!) years now is FatCat imprint 130701. Dustin O'Halloran, Hauschka and Jóhann Jóhannsson embarked on an eight-date tour, performing their emotive, slow-burning instrumental music around Europe, including a stop at London's Barbican. Head over to their website to claim a free 8-track download featuring the three artists on the tour.

When he's not curating the aforementioned Ecstatic Music Festival, Judd Greenstein acts as a co-director of New Amsterdam Presents, an 'artists’ service organization that supports the public’s engagement with new music by composers and performers whose work grows from the fertile ground between genres.' Both his own and other solo piano works are performed by Michael Mizrahi of the NOW Ensemble on this meditative disc.

Possibly the most 'challenging' work on this list, Cello Multitracks sees Peter Gregson restless in his assault on his instrument. Composed by Gabriel Prokofiev, who previously premiered his Concerto for Turntables and Orchestra at the BBC Proms, the piece layers nine independent cello parts to create a tense and nervy atmosphere. With the work itself lasting just under seventeen minutes, the majority of this disc is comprised of remixes of each of the four movements, including one by the composer himself.

The Nonclassical folk have a couple of events (in which they flip the rarefied air of the concert hall the bird) on the horizon: they perform John Adam's Harmonielehre at a multi-storey car-park in Peckham, and host a showcase event at the V22 warehouse space within the next couple of weeks.

Despite being a label that represents a diverse range of bands and artists, Erased Tapes seem to have forged a name for themselves as purveyors of elegant and poignant orchestral instrumental music: the relatively short time lapse between last year's releases of Nils Frahm's immersive Felt and A Winged Victory For The Sullen's expansive self-titled debut ensured the label more attention than ever before. This year, to celebrate April's Record Store Day, the label issued a 10" collaboration between two pianist-composers, Berliner Nils Frahm and Iceland native Ólafur Arnalds. The result is more of an electronic, ambient whitewash than you might expect from the two component parts here, but it's beautiful nonetheless.

Erased Tapes also celebrate their 5th anniversary this year. Commemorate this milestone with them on their 5th Anniversary Tour, featuring Nils Frahm, Ólafur Arnalds (who quickly gets to the crux of this article in the video below) and A Winged Victory Sullen, including a date at London's Hackney Empire. Perhaps one of the most conspicuous coalitions between the worlds of pop and classical listed here, Radiohead's resident floppy-fringed Max/MSP aficionado Jonny Greenwood turns his hand once more to the orchestral domain, composing a series of miniatures in response to Krzysztof Penderecki's 1960 composition for string orchestra, Threnody for the Victims of Hiroshima. Read Tom Service's fantastic article on their alliance over at The Guardian.

Bang on a Can 25th Anniversary

Bang on a Can remain one of the original collectives to truly set up camp in this muddy grey area between genres. This year marked their 25th anniversary, and to celebrate, they not only offered up Big Beautiful Dark and Scary as a free download for the first twenty-five days of the year, but also hosted a series of anniversary concerts. The record itself contains three works from Dirty Projectors mastermind David Longstreth: Instructional Video, Matt Damon and Breakfast at J&M.

This year also marked the centenary of the sinking of the Titanic, and while I'm sure most of you were tucked up iPlayer-ing BBC Radio 2's realtime account of the tragedy, Gavin Bryars and his supporting ensemble gave a Sunday night performance of his most enduring work at The Barbican. The work itself, a sprawling, slowly immersing piece, was conceived after Bryars learnt of reports that the band on board the ship continued to play even as it sank to its watery resting place. First composed in 1969 for Brian Eno's Obscure label, the piece steadily drew the audience into its immobilising ambience, with the highlight the crackling turntable wizardry of Philip Jeck.

Feel free to point out anything I may have missed (cellist Hildur Guðnadóttir's Leyfðu Ljósinu on Touch? The Barbican's Arvo Pärt: Total Immersion series? Did anyone see Bedroom Community's Everything Everywhere All The Time tour documentary, in which Ben Frost describes their collaboration process as like "forcing different species to fuck!", while it was streaming online?). Voice your ideas in the comments below.