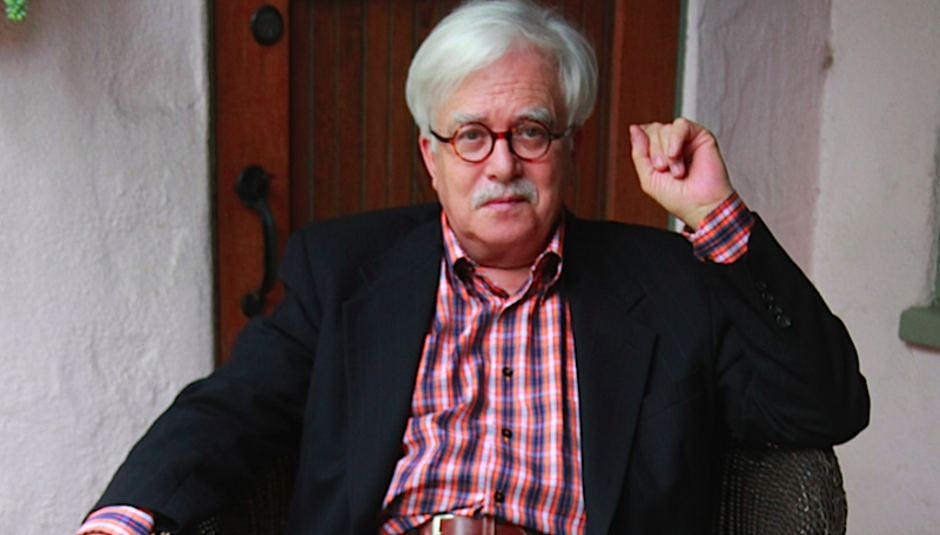 “Be kind to each other” Van Dyke Parks advised his attentive audience at the Barbican on Saturday night, “… or I’ll kill you!” – sage advice from a man who has spent much of his career collaborating with other likeminded musicians.

But while Parks is often best-remembered as Brian Wilson’s co-author on SMiLE (which had perhaps the most protracted gestation of any album in living memory) and for giving Joanna Newsom’s Ys its extraordinary instrumental underpinning, his appearance at the Barbican served as a timely reminder of his considerable talents as a solo artist and arranger. Yet even with a wealth of material behind him, Parks chose, with characteristic modesty, to highlight the talents of some of his younger admirers: Fleet Foxes’ Robin Pecknold, Grizzly Bear’s Daniel Rossen, and Guatemalan singer-songwriter Gaby Moreno, all of whom helped to augment his own idiosyncratic style with close vocal harmonies and the occasional banjo solo. Moreno’s own enjoyable songs occupied the first third of the concert, while Parks generously accompanied her on the piano, breaking down the usual distinction between the support act and the main event.

The set itself began with a rendition of Black Jack Davy, which Parks described as “the Rosetta Stone of the Celtic tradition in Appalachia”. This was followed by the first two numbers from Parks’ 1968 debut Song Cycle, a title which recalls the German Liederkreis tradition first pioneered by the likes of Schubert and Beethoven, while at the same time looking forward to the then-emergent idea of the concept album. Under Parks’ direction, songs like 'Vine Street' and 'Palm Desert' became complex multi-part compositions which departed radically from the comfortable verse/chorus structures of pop music. There’s an almost neo-classical quality to his writing, where a single vocal line can move restlessly through a range of emotions and situations like an operatic recitative or a line from a Sondheim show. This unaffected, stream-of-consciousness approach allowed all manner of curious juxtapositions; a quotation from Beethoven’s Ode to Joy mutated into a Joplin-esque ragtime rhythm without seeming at all contrived.

“I’m a goat”, Parks remarked mid-concert, “I eat what’s around me. Rock journalists might call it eclectic, I call it natural”, and that was exactly how it came across – relaxed and unforced, yet bristling with invention. Effects which could have sounded silly or even childish in the hands of a less convincing performer became charming evocations of a very particular brand of barnyard Americana – this was, after all, the man who arranged 'The Bear Necessities' for Disney’s Jungle Book. The absence of psychedelic studio trickery that was such a feature of the original recordings also gave the songs a liberating clarity and transparency.

Leaping rapidly through Parks’ back catalogue, we arrived at 1984’s 'Jump', a whimsical foray into a world of rabbits which featured some of his most colourful and upbeat orchestral writing. Next came a couple of numbers from another Brian Wilson collaboration, including the charming title track 'Orange Crate Art', which captured “another perfect day of room temperature in Southern California” in characteristically tuneful style. The mournful blues of 'Death Don’t Have No Mercy' was a particular highlight, with Pecknold and Rossen each taking a verse while Moreno delivered a plaintive wail in the background, like a ghostly human theremin reinforcing the simple but effective message of the song. The work of other American songwriters, including Harry Nilsson’s 'He Needs Me' and Alan Touissant’s 'Riverboat', gave Parks a platform for quirky reinterpretation, but 'Heroes and Villains' in particular was utterly transformed – Brian Wilson’s fidgety delivery replaced by a smooth, brooding sound which placed Parks’ cryptic lyrics center stage.

The Britten Sinfonia, an orchestra currently enjoying their first season as an associate ensemble at the Barbican, stepped nimbly through Parks’ breezy arrangements, written with an intelligence which allowed them to speak with an independent voice, rather than as subservient accompanists. The players wove together the disparate threads of Parks’ soundworld – from the eccentric dissonance of Charles Ives to the infectious Calypso rhythms of Trinidad – into something which was not a clumsy backdrop, but rather a tapestry of vibrant orchestral colour. The strings switched abruptly between lush textures and meandering melodies with ease, while the wind and brass sections were thoughtfully deployed, providing subtle shading and ornamentation. Their professionalism and commitment to the material was evident; Parks’ theatrical gestures from his seat at the piano were all the conducting that the ensemble required.

Song Cycle met with incomprehension when it was initially released, prompting the record label to produce an advert which offered free additional copies to anyone who had already bought it, in the hope that they would use them to “educate a friend”. During the interval I overheard a discussion between two fellow concert-goers, one of whom had just finished recording an album, and was keen to stress the virtues of more complex instrumentation, and the value careful writing. And with that, the process of this “education” seemed more resonant than ever.

DiS Does Pop #8: Is retromania ruinin...