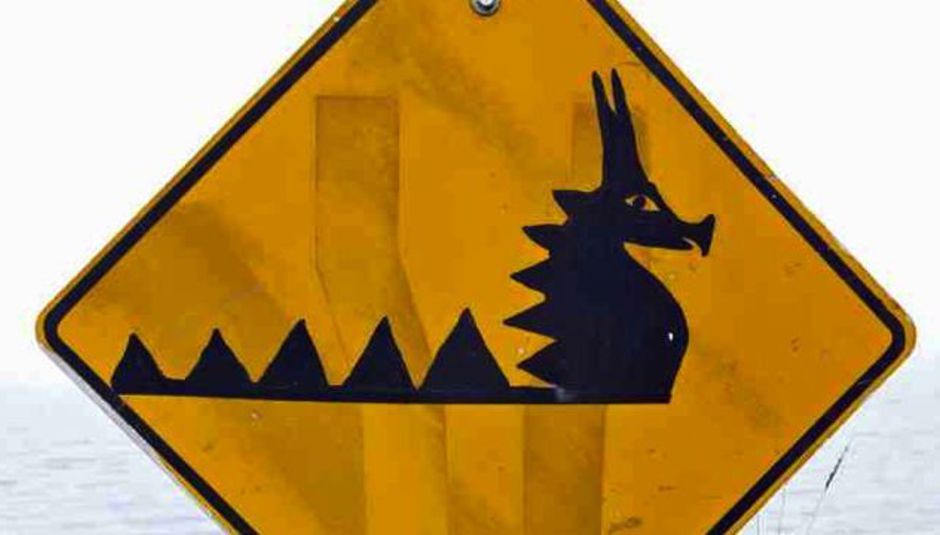 Hello. And so, we find ourselves in June - and with uncharacteristically appropriate weather for Scotland too. It's been one of those blink-and-you'll-miss-a-month years so far, particularly this month which has run away from me.

So getting on with it; in June, a large contingent of Scotland's musical community decamps up to the highlands for various reasons, the first being Go North.

Coming up on June 6 and 7 it's not just a live showcase for bands, but an opportunity for them to network with industry types across a few days in the highlands.

This year it includes 17 separate showcases across Inverness, including nights from Netsounds Unsigned and Inverness Gigs, Detour, and a Scottish Bloggers stage and a wealth of different speakers through the day.

I caught up with a couple of bands taking part to hear their view on the experience:

Stevie Jukes is from Vigo Thieves who'll play on June 6 - following up a third sold-out show in Glasgow this year.

"This is the first time that we've gone up," Stevie said, "In the past few years, since we got together, we've never really had a plan or anything.

"This year we decided to take a bit more of a structured approach, and build up some attention around our singles and videos which people have really been responding to.

"Taking part in Go North will give us an opportunity to hear a bit more from people in the industry - as well as getting to play the showcase which will be a way for us to reach out to the kinds of people we try to get along to our own gigs.

"There's no point in going up to play for an hour, and not take advantage of things that are on during the day - it will be a great place for us to network a bit."

He said: "I'm looking forward to the whole thing really: heading up and hanging out with some friends , playing music and seeing some other bands.

"It was actually my girlfriend that applied but I'm glad she did, I've played in the past with other bands and it's always been great, it offers a great atmosphere to perform and a good place to meet like minded folk. I'm playing 10:30pm on the Thursday, I'm looking forward to it."

Esperi's just released new EP, Melancholics Anonymous, and shared a few thoughts about that as well:

"Well, the first track Homer was recorded by Robin Sutherland as part of a full album which is the next release, but I was a bit restless while making the album so I recorded a few songs at home and made this wee EP in the meantime.

"So Homer is kind of a taster of what the album is going to be like with the guest musicians such as the Korda String quartet, Jon Adam (Vasquez) and Kev Black (Laeto, Fat Goth) whilst the other songs are just myself trying some stuff out.

"Jon, Kev and I played a bunch of shows together as a three piece when I first started Esperi and we're all good friends and hang out and play shows with each others new bands etc.

"The Korda quartet have added a nice big epic sound to the songs they play on, was great to have them onboard."

Meanwhile, at the other end of the scale the following weekend, Rock Ness is also happening this month.

Headliners include Biffy Clyro, Justice, Knife Party and Dave Clark, and there's also Scottish talent such as Admiral Fallow and Errors on the bill.

Organiser Jim King had time for a quick chat about what he's looking forward to from the festival - the full bill of which you can find here.

"It always takes me until Sunday at the festival to calm down and be able to actually enjoy myself and stop worrying about how it's all going," he said.

"Biffy's performance (on the Sunday evening) is going to be massive, I think. They are hopefully working on something a bit different, it will be the huge closing set, it's fantastic to have them there. We are basically just trying to make a really fun weekend. People spend a lot of money going to festivals these days, and you want to make sure they have an experience that makes it worth it for them. They might go for a particular band or type of music, but we want to offer enough that they'll find something else that's going on as well and maybe discover something totally new to them. It's a festival based in Scotland, so we should be dong what we can to promote artists from the country, from the highlands and beyond. We've been trying to do that every single year, and things like our DJ competition help them to get exposure which they could never get alone.

"What comes from that is up to them because they still need to do a lot of hard work, but we hope that platform helps in some small way even if it's just putting them in contact with some good people, or opening them up to a wider audience."

Rock Ness takes place from June 8 to 10, tickets are available on the website.

Also this month is Kilmarnock's Dirty Weekender from June 1-3. Here's their trailer, which explains what's good about it quite nicely:

Biggest of new releases for June is the Miaoux Miaoux album, Light of the North, out on Chemikal Underground on June 11. Captivating from the very first beats of 'Sweep Clean', the album is a collection of delectable pop pieces and straight up house tracks.

Stand outs, such as 'Stop the Clocks', are the type of song you want to skip back to the start to hear again before it even stops playing, gently building to a restrained climax; 'Virtua Fighter', with guest Profisee, an ode to heartache and loss to a danceable beat and the fantastic line, "Thought we were good, I even made you a mix tape".

It all ends with 'Ribbon Falls',a beautiful closer, is "just a song to help you get on ok", wrapping its pretty way around you.

As a first album, it's an accomplished and addictive effort, bringing different ideas together effortlessly. It's no surprise that Chemikal were so excited to be putting this out.

It's being launched with shows at Mono, Glasgow on June 7 (which is pretty gutting as it's the night Cursive are in town -- sorry, Miaoux Miaoux; any other day…); and The Electric Circus, Edinburgh on June 14.

After a bit of a delay, Tango in the Attic's new album, Sellotape was released on May 28. Crashing in with the games-soundtrack, electronic feel of the intro Stitch, it's a noisier affair from the band than previous efforts and rather successfully so. It's full of nice little touches, such as the slow dirge in the middle of 'Suncream', the driving guitars of 'Mona Lisa Overdrive', or the trippy intro to 'Swimming Pool' and there's something intriguingly out-of-it about the whole affair.

Two and a half years in the making, Jesus H Foxx are, to the relief of their record label Song, By Toad, ready to release their album. The Edinburgh seven-piece has been working on Endless Knocking since releasing the Matter EP on the label in August 2009 - even almost finishing it at some points.

It will be out soon, but in May the label released this track as a whet-your-appetite kinda deal:

You've got to admire those guys at Gerry Loves records; in this instance, because they've announced their next split 7" will be from Rick Redbeard (him out the Phantom Band) and Adam Stafford (him who used to be in Y'all Are Fantasy Island). Which, as a concept, is pretty awesome to be honest.

They're playing three shows to support the release - in Henry's, Edinburgh on June 21, Captain's Rest, Glasgow on June 22, and Cellar 35, Aberdeen on June 23.

Crusades signed for the increasingly-amazing Overlook Records roster in Glasgow, which is good news. Because of this, which by the way is a free download to celebrate:

I had a wee tweet this month from Letters, to tell me I might like their EP Older Motion Pictures. Dark, atmospheric, with some epic-sounding drums washing over the end; well, what do you think? They were correct.

Also out in June (4th) is Capitals' new single, 'All These Years' which, well, kind of speaks for itself if you have ears which enjoy good things. All I really have to add is, uhm, yes. They're off to Milwaukee for the biggest music festival in the world, Summerfest, which is pretty exciting too.

Touch Sensitive, a project which promotes and shares new Scottish and Spanish music, is releasing its first compilation on June 8. 2x6’ will be a free digital download featuring six bands from Scotland and six from Spain.

A launch is taking place at The Old Hairdressers, Renfield Lane, Glasgow on June 8, with live sets from Adam Ross (Randolph’s Leap), Plastic Animals and special guests, If You Lived Here, You’d Be Home By Now. Tickets.

Seeing there've been gigs dotted right through this, and I've been going on for a while, let's skip to:

Plastic Animals are an Edinburgh band who caught my attention with this sentence:"Edinburgh based atmospheric punk rock sludge ensemble. Really? Yeah. Come on, that sounds like wank. I know, sorry, it's the best I could come up with."

Despite their lack of marketing ability, they are just releasing an EP, Automaton, which is worthy of some attention. From a indie-pop-single tracks like 'Ghosts', to the aforementioned sludge (in a good way) of 'Sundowning', it verges on some extremely interesting territory.

It's also their first EP since 2007, which seems rather a long time to have waited - and will be available for free from bandcamp from June 2.

If you wish to get to know them better, Plastic Animals are playing live at Henry's Cellar, Edinburgh on June 3 with Honeyblood and The Spook School; at the Touch Sensitive night mentioned above, and at a Curious Joe show with Edinburgh School for the Deaf and Blank Canvas at The Third Door on June 20.

Or you could visit them here.