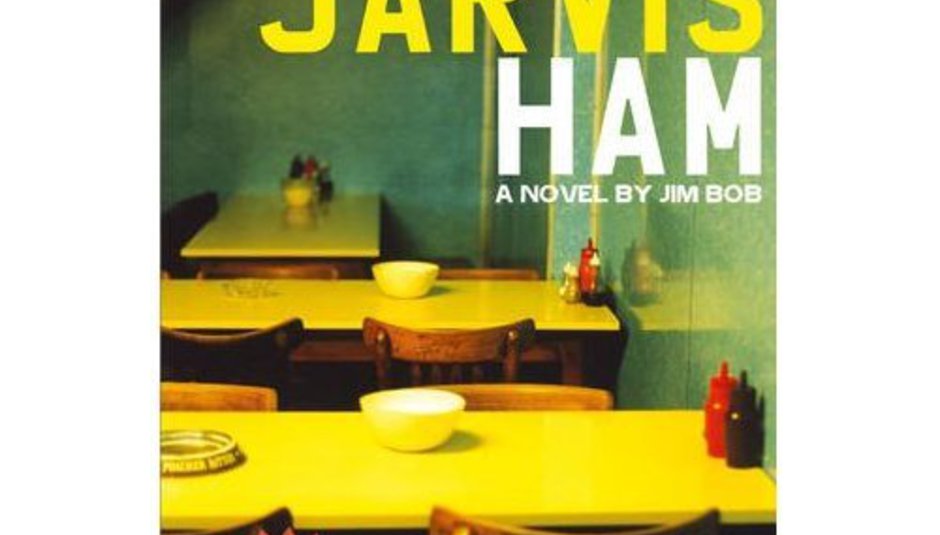 With first novel Storage Stories behind him, indie-punk dinosaur Jim Bob has now written a book about the most annoying person in the world. Haters of his old band Carter USM will be skimming to check they haven’t been vilified; even the group’s arch enemy, Philip Schofield, might flip to S in the index, still sore about the time guitarist Fruitbat decked him on live TV. The only problem is, there is no index: the fictional Jarvis Ham is a nobody, running a tea shop in Devon that the Antiques Roadshow once valued as “worth fuck-all”. That isn’t going to stop his mad quest for fame, and Jim takes us on a trip along the A-roads to London as Jarvis gets knocked down and down and down, like Chumbawumba but without the chorus.

The book’s narrator, a friend with a car, recounts the life of his bungling, increasingly desperate passenger. Born in the British Museum Jarvis was a shit from an early age, cursed with a press mention after his arrival under Tutankhamun. The driver is his mirror opposite; an introvert who once let Jarvis take his place in a school play, and promptly ignited the youngster’s pharaoh complex. Now Jarvis’ “agent”, he’s forced to collect the wannabe from his tea-shop - which sells Russian roulette nut allergy cakes - and deliver him to pantos and reality TV auditions, wondering why he stayed friends with such a grasper. Trapped by his sympathy, he counts down Jarvis’ blunders: disastrous dates, parental neglect (he neglected them) and a feverish obsession with Princess Diana.

There’s a risk in making your main character such a collage of twats, but Jim’s warm wit stops the book from becoming hateful. The gentle, Blue Peter-style delivery explains the story instead of telling it, and adds light to the darkness, managing to stop the Diana poems/evil TV executives from becoming churlish. There are pictures too - which the author believes are unfairly removed from books after primary school - and they break up the endless descriptions of the A38, highlighting jut how immune to reality Jarvis is. Like Jim’s songs, the draw of the writing is the trauma, and how people choose to deal with it: Jarvis shielded the narrator from a bullying stepfather; Jarvis is now an alcoholic; the narrator cracks jokes (”The tractor’s driver waved as I passed. I waved back. I didn’t know him. This is Devon.”)

How many of the fame-seeker’s actions have been copied from real life is unclear - Jim must have met a thousand Hams on his own journey through fame. Twenty years ago, the man had a number one album, and headlined Reading festival like a GOD. But as Britpop elbowed the ‘90s indie scene to bed, it only served to strengthen Jim’s temper. An arc about a psychopath who targets transport caffs gives the story a thriller edge, and as Jarvis and his driver stop for eggs, there’s a sense that one of them is in danger. In a wider sense, the narrator’s always in danger, stuck with a provincial hanger-on who you can’t help but repeatedly feel sorry for. Jarvis is blinkered beyond autism, convinced he’s a star and testing the patience of everyone around him. But as the blurb states he’s also a mate, and Jim’s prose makes it hard to hate a dreamer. You suspect deep down, his tortured minder doesn’t fully hate him either - better to be driving a Jarvis around than someone serious, like Leona Lewis.

Driving Jarvis Ham is out now.

"You couldn't really call it a solo a...