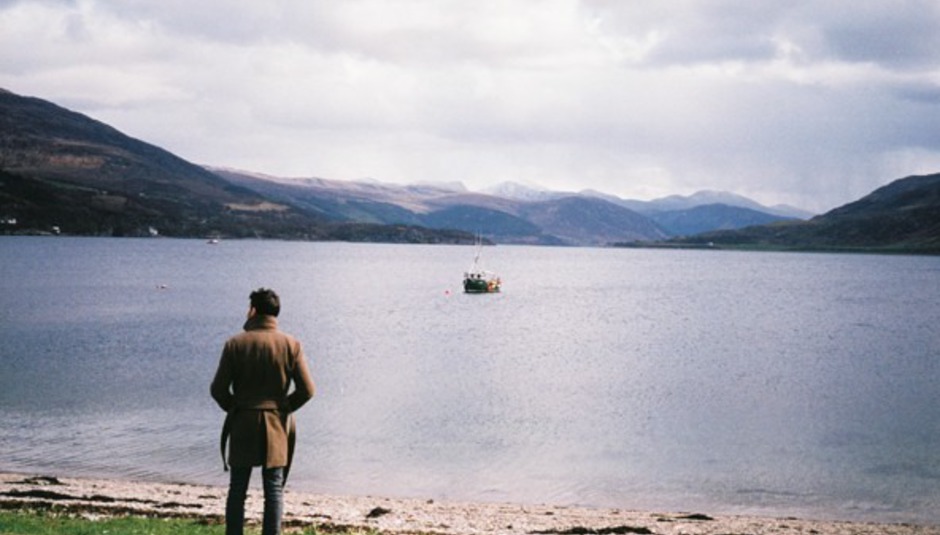 In this year of people visiting the UK for various sporting reasons, DiS-favourites Frightened Rabbit share their tourist tips for things to do in the highlands via the medium of diary recounting the best places they discovered on their recent tour...

Andy: Today felt less like the beginning of a tour and more like a day trip to the coast with the lads. In Gourock, the first stop on our Highlands tour, I had what I can only hope is my first of many local delicacies on this tour; Fish ‘n’ Chips. Bloody great fish and chips they were too, supplied by Cafe Continental. You should stop by if you head this way. I love holidays.

Andy: For research purposes (for this guide), I headed to check out the "fun" fair that's set up on the edge of the big park, just down from the venue. My girlfriend spotted a big cuddly sloth in the grabber game thing and I lost about a fiver trying to lift the wee guy out of his brightly illuminated cage. Idiot. I can't say I'd recommend a visit to this place unless the idea of having a giant sloth is worth a lot to you or you like feeling harassed by a middle-aged witch who's trying to get you to play the "Grab a Duck With A Stick On A Hook And Win A Tiny Prize" game. Next time I'll be going straight for a stroll along the river. I found only but nice witches there.

Grant: As I am told by forresweb.net, all parking in Forres is free and well sign-posted, so wherever you go you shouldn't need change, nor should you need to run back to the car mid-ice cream to top up the meter and lose the rest of your mint choc chip sundae to a hungry toddler relative!! Since the gig tonight is not actually in Forres this short guide may not be of great use. The gig however is located in a place called The Loft at East Grange - an adventure holiday location offering quad biking, biathlon (shooting and running I think) and shots so cheap that all 120 people at the show did not stop screaming until we'd played almost every FR song!! For any bands reading this there is a ball pool in the dressing room. However it is for kids only so don't get too excited! eastgrange.co.uk

Scott: Well, I will say this - if you like playing music concerts to a sober and attentive audience, scratch Ullapool from your 'to do' list immediately. However, if you plan on getting right pissed up and then being HYPNOTIZED BY A 17 YEAR OLD EUNUCH, then this place is perfect for you. I can't talk about our visit to Ullapool without mentioning the fact that a mysterious young lad, apparently on holiday with his parents, hypnotized some of our group to within an inch of thinking their name was 'Mary'. The Great Appletini, as Gordon christened him, was an absolute whizz at the old mind control, and kept us all thoroughly entertained into the wee small hours. For all I know, he may still be in the corner of that hotel foyer, pretending to be using his iPad. Don't look him directly in the eye. Or anyone in Ullapool for that matter.

Grant: This was my second time here on Mull. I had been once before on a family holiday when I was about 9, so I'll be drawing on some of my previous experiences for this one too! The gig was in Tobermory which is a ridiculously beautiful little town on the North East coast of the island. Yes it's the one with the coloured houses used in a TV show popular with children and students. When in Tobermory make sure to take in the distillery, which I did when I was 9. It wasn't much fun back then; I was 9 and have sensible parents so couldn't really take full advantage. We were however given a bottle at the venue today and it's a lovely wee dram! I also can't recommend enough that if you make the trip from the mainland to Mull that you go on to make the trip from Mull to Iona (an island off the South West coast). The beaches boast pure white sand and clear blue sea which in photos could be mistaken for somewhere tropical (or at least a bit warmer).

Andy: The Old Bridge Inn, this evening’s venue, is my top tip for Aviemore. They bring a great variety of live acts to this part of Scotland and the layout is ideal for an intimate gig or a rowdy knees-up. Plus the food is great! If you don't like booze, food or music there's also plenty of hills you can bugger off over and find something you do like.

Grant: Go to a butcher shop and buy some black pudding. That is all. Buy some dried blood and oats. You will not be disappointed! Well you might be disappointed if you don't like the thought of eating dried pigs blood but if you do then this is the place to try it! Also Andy bought a suit and assures me the charity shops are second to none here!

Andy: As has become somewhat of a daily feeling, I'm overwhelmed by the landscapes in front of me. The view from the beach in Portree at the harbour is pretty amazing. That is, whenever the sun is poking is wee shy face through the clouds. I took a quick wander around town; it took about 5 minutes. Checked out some dead people’s old things in these shops full of random stuff, bought a blueberry beer from the brewery shop and stared out a few crabs from the pier. "The Cafe" is a local favourite; it has a very modest name as it serves up some real culinary delights over the course of the day. I'd recommend the OTT flamboyant ice cream sundae locally known as a ‘milkshake’ and if you're into mussels you'll be pleasantly surprised with their fucking massive portions. I'd also recommend "The Isles" for a late night drinking spot - the barman stops selling pints a good hour before the place shuts, however he'll happily give you anything in a short glass.

Scott: Alas, Dunoon didn't come up trumps in the eunuch hypnotist stakes, but proved to be a lovely wee town on the Clyde. You'll wish you had a boat though, as the water is certainly calmer than the area we turned up in. Folk were getting nice and steaming all over the place, which is not necessarily a bad thing. You'd think from this travelogue that all Scotland had to offer was opportunities to drink. This is correct, and if I'm honest, there's nowt wrong with that. On this, the last night of the tour, we all agreed that our appreciation for the country in which we were born had grown immeasurably. Dunoon was a lovely wee nightcap to a wonderful journey. It's not just the landscape that's inspiring, it's the folks who live in it. Well done Scotland! Popped into Moray Firth Radio for a wee session Gordon ponders out over Loch Broom