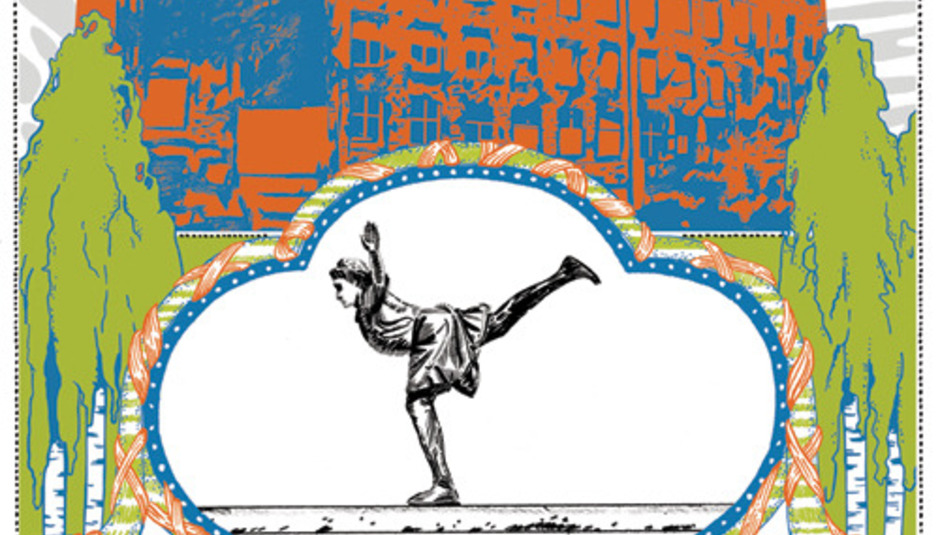 There’s a reason this column has become more sporadic in 2012, and it’s not due to a lack of things going on in Manchester. Far from it. In fact it feels like the rush of the musical tide flowing through this city is such that I’m sitting meekly at its edge, like a dog by a river if you will, trying to guess at which opportune moment I should dip my paw into the rushing waters. Then, just as I feel I’ve found it, something else comes along and forces the rest down stream. I know, clear as muck.

However with May coming that means the biggest flotsam is just around the corner as festival season hits Manchester. Between now and June Sounds From The Other City (which we’re involved in, woo!) Future Everything, Dot To Dot and Eurocultured will all be taking place; if any of us have any energy left after that we’ll all be off to Parklife down in Fallowfield mid-June to watch enviously as thousands of students kick off their summer jollies, the only salvation to be taken is that some of them will be done for good and so, in a couple of months, will be as miserable as the rest of us – oh, and there’s a load of good acts playing too, which we should of course be thankful for.

If you hadn’t had guessed by now, this column’s going to be somewhat of a festival preview. Time was when May used to just be the fag-end of gigging season; well no more, the next six to eight weeks are utterly cluttered with almost every venue from the smallest dive to the largest field playing host to some live performance or other in the next month or so. Which is great, obviously. Here’s what’s coming up:

May 6th – Sounds From The Other City

Drowned In Sound’s Manchester arm are delighted to be involved in Sounds From The Other City this year, this column has been a consistent champion of its ethos in moving the bulk of Manchester’s music community into odd bars and venues down the road in Salford, and it’s no difference for us - our own stage will be at the Black Lion on the Manchester side of Chapel Street. You can find more about our line-up – which includes the likes of Kompakt’s Walls, Glaswegian-based producer Dam Mantle and a smattering of local talent including the much-hyped Shinies and Embers debut gig - here and here. There’s a huge array on offer else where too though, with 14 stages hosting the likes of Maria Minerva, Shigeto, special soundtrack sets from Islet and Teeth Of The Sea among others, Loney Dear, Ninja Tune’s Lapalux, Molly Nilsson, electronic dream-poppers Keep Shelly In Athens, a Mordant Music label showcase taking place in Sacred Trinity Church and, of course, some of the finest local artists around from shoegazers Daniel Land & The Modern Painters and Patterns to the electronic glitch of From The Kites Of San Quentin. Sounds like you’ll need a Spotify playlist of 30 recommended picks to make sense of all of that. Tickets are just £18 for the day, more details of which can be found here.

Last year DiS reviewed this four day meeting of innovation, art and music and we found ourselves impressed by just how well the event held together communally, in spite of the organisers using the full breadth of the region’s venues for punters to trek around. This year away from the music one of the most intriguing keynotes promises to be Bilal Randaree, Social Media & Online Producer for Al-Jazeera who’ll reflect on last year’s Arab Spring and how the Middle East channel documented. Musically the festival’s set to be an absolute feast; the opening night sees Tim Hecker and Forest Swords take to St. Philip’s Church in Salford where Hecker will perform an organ set based on DiS’ second favourite album of last year Ravedeath, 1972. Thursday meanwhile sees Salford again play host, with a Tri-Angle label showcase including some of the best dark electronica going from Evian Christ, Holy Other, The Haxan Cloak and more over at the Islington Mill. Friday 18th sees Matthew Herbert’s phenomenal One Pig, a live conceptualisation documenting a pig’s life from birth until slaughter, the night after, meanwhile, sees Amon Tobin perform an Isam visual extravaganza in Manchester Academy. And Sunday? Death Grips finish the whole thing off in a disused office block in the Spinningfields region of the city. Listen to these and more of our picks here. More details on the event, meanwhile, can be found here.

Sometimes their line-ups feel like a curated version of pin the tail on the donkey, but against those with perhaps a little more money to throw around Eurocultured still manages to hold one of the best parties of the spring each year, setting up camp under the railway arches opposite at the bottom of Manchester’s Oxford Road. Drowned In Sound favourites Errors headline one of the stages this year, whilst others playing include Death In Vegas, Birdy Nam Nam, The Correspondents, Zun Zun Egui and Manchester prog-types Cyril Snear and Trojan Horse. Spotify Recommendations here, and more festival info here.

Does Manchester need Dot To Dot? Maybe not as much as the other two cities where this annual indie road show heads, though that’s far more to do with the amount of festivals already taking place throughout May and June than anything wrong doing on Dot To Dot’s part. This year as ever sees the festival pick what it thinks are a selection of some of the finest up and coming artists in the country and beyond, placing them down Oxford road in the Academies and Deaf Institute. Highlights this year are set to range from Nottingham’s heart-on-sleeve wearing young men Dog Is Dead to the one-man blues of Willis Earl Beal. More selections here, more details here.

Traditionally the end of the student term booze up, the line-up for Parklife at Fallowfield’s Platt Fields Park this year offers so much more, and is set to be the biggest yet. I don’t really need to go into specifics with this one; the names should be sufficient – DiS favourites that are playing include The Flaming Lips, Tom Vek, Django Django, Martyn, D/R/U/G/S, Mount Kimbie, Gold Panda, The Field, Factory Floor and Ghostpoet. Phenomenal stuff, listen to more picks here. and find out more here.

Next time shall be a look back at some of the local sounds of the past first half of the year … if I survive all of the above of course.

If you fancy it, I’m over at Twitter on @essjaycats. The next Drowned In Sound Manchester individual show is the excellent I Like Trains, who play the Soup Kitchen on May 12th. Tickets can be bought here.

Striving To Find Depths In The Shallo...