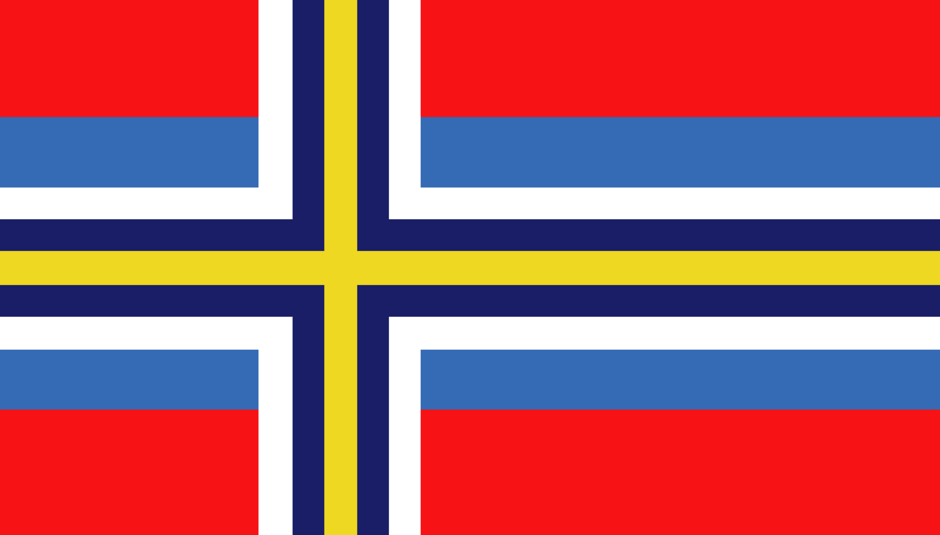 As we are now well into April and past what some people may term "Q1", I reckon it's a pretty good time to take stock of what's been happening in the Nordic countries over the past few months, aside from it being dark and cold. Once more we are not disappointed with the musical wares on offer or, at least, we left the disappointing bits out as it wouldn't befit the tone of this piece.

So, with no further unnecessary preamble, we're going to give you a run-down of some of the best music from some of the best releases coming out of Denmark, Sweden, Finland, Norway and Iceland so far in 2012.

Hanne Hukkelberg (NO) - Noah
Much as her compatriot Jenny Hval jumped several light years with the release of Viscera, Hanne Hukkelburg has done likewise with the wondrous Featherbrain which came out in February through Propellor. It is far more beguiling and complete than any of its predecessors and, although it is more-often-than-not bullshit to talk of a talent being "realised", this at the very least shows us the heights which Hukkelberg is capable of reaching. Just take the below 'Noah' as an example as the vocal and musical acrobatics swirl and thrill.

Barry Andrewsin Disko (FI) - Lampaita
Barry Andrewsin Disko translates as "Barry Andrews' Disco", which is the kind of moniker we can get behind. Top marks to Jukka Herva for that and also top marks to him for making some quite, quite excellent music. It's difficult to work out the best thing about 'Lampaita', but the delivery is probably up there. Fonal is unquestionably one of the greatest outlets for Finnish music in recent times - if not the greatest - and we're pretty chuffed that this continues in 2012 with the upcoming release of BAD's Kuka siellä next month.

Susanne Sundfør (NO) - White Foxes
We've (or I, as well as some others) have been banging on about Susanne Sundfør for a couple of years now and for all of that time we've been waiting for her second album proper, The Brothel, to be released in the UK. Though that took a while, her new record is also out and it continues her development as both a writer and performer. Far less outwardly morose than The Brothel Sundfør's vocal range on The Silicone Veil is stunning and its muscles are made from beefy and powerful synth. It's certainly an odd combination and you may be taken aback by its boldness, but it is no less intriguing for it.

First Aid Kit (SE) - Wolf
There is a part of me which wants to dislike Swedish sisters Klara and Johanna Söderberg. I think it's their prodigiousness coupled with the fact that they're now already onto their second album, The Lion's Roar. At their age? Yes. The new one is probably better than their first one, by the way, which wasn't so bad either. Unsurprisingly it went to No. 1 in Sweden but any chart success is surpassed by its depth. They've musically blossomed is what I am trying to say. Was that Mike Mogis's doing or the band's? I don't think it matters.

Mirel Wagner (FI) - No Death
Another Finnish entry, Mirel Wagner's self-titled debut is pretty bare bones, as 'No Death' proves. The rest of the record takes much the same tone; downbeat, bluesy and utterly captivating both live and on record. It's not all as gloomy as this - 'No Hands' is almost cheery in comparison.

Úlfur (IS) - Black Shore
This is one we stumbled upon at the last minute and hastily decided it deserved including, as we had to replace something which we thought was released this year, but wasn't. Mmmm soundscapes.

Sleep Party People (DK) - Chin
The second Nordic Music Prize was awarded in February for albums made in 2011, but early on this year Sleep Party People's We Were Drifting On A Sad Song will surely be considered come the end of the year. It had better be, anyway. 'Drifting' is probably the most appropriate word you could use to sum up 'Chin', as murmurs filter through behind a roughed-up beat. Just don't call it "Chillgaze".

Pinkunoizu (DK) - Death Is Not A Lover
Naturally, we chose the longest track from Pinkunoizu's debut album, Free Time!, though it is not short of tracks in excess of five minutes. The handclaps here are a little disconcerting...I mean, have you tried to clap for that long on end? It's practically impossible. Again, like the above SPP, it borders on the languid and at all times is free flowing, making it easy to get lost in, but difficult to get truly caught up in.

Daniel Savio (SE) - Revolt
I think we should all skweeeee for Daniel Savio's new video and indeed track.

Miike Snow (SE) - Devil's Work
Sometimes a writer, sportsman or musician delivers a performance that they will never better - and may never be bettered by anybody else. In Jacqueline Wilson's case it was the second Tracy Beaker book. With darts player Raymond van Barneveld it was beating Phil Taylor in the 2007 World Final. Miike Snow? Well, it's that song 'Animal' - but that's no reason to give up, so they've carried on making music of much merit. New LP Happy To You bulges with all the brightness that you'd expect, almost breathlessly.

Stockhaus (NO) - Hi!
Stockhaus is Kristian Stockhaus, precisely one-third of Bergen's Ungdomskulen, who you may know for the songs 'Idunno', 'Modern Drummer' and 'Ordinary Son', amongst other gems. Whether you do or whether you don't, he's gone it alone with an album called Colors and this track is the pumping standout. The man has a knack for an earworm or two and in terms of "songs we've sung this year in our bedroom", this is challenging for the playoff places at the very least.

Todd Terje (NO) - Inspector Norse
The great thing about electronic or instrumental music is that, with no lyrics, you can make up brilliant/shitty song titles whenever you want. That is what's happened here with Todd Terje's 'Inspector Norse', which is taken from Its The Arps, released through the ever-reliable Smalltown Supersound. Yes, the rest of it is as good but for some reason I can't shake this particular one. It must be the title.

Karin Park (SE) - Fryngies
Karin Park is Swedish therefore all comparisons to her countrywomen are entirely valid*. But, really, this is a cracking little track.

Amanda Mair (SE) - Sense
Occasionally you'll hear a song for the first time and it sounds familiar. Maybe you think it surely must be a cover. Or perhaps the artist in question has scandalously ripped off someone more famous and talented? I had that feeling with this Amanda Mair song, but I've also spent the past few hours searching for similarities across the web and I've come up with nothing, so that must mean it's one of those rare cases of musical deja vu. Also, "it's just good pop", as they say.

The New Spring (DK) - In The Parlour
The explanation for the (male) toplessness in the video was that it was hot. Say no more. You don't really need to see the moving pictures to appreciate this track. Fellow Danes When Saints Get Machine often get compared vocally to Arthur Russell, but this isn't a million miles away either. Good work, Denmark, keep it comin'.

Ólafur Arnalds (IS) - Everything Must Change
Something would probably be amiss if we managed to get through a Nordic round-up of some kind without including Ólafur Arnalds. He recently had one of his tracks (Allt varð hljótt) on the soundtrack to The Hunger Games, but his soundtrack to Another Happy Day was released worldwide in February through Erased Tapes. This particular track is one of the thickest compositions Arnalds has made in recent times, brimming with tension and release, much as you'd hope.

Deathcrush (NO) - Speeddance (Reptile Youth cover)
If you'd drifted off a bit in the instrumental orchestration of Ólafur Arnalds then hopefully this will kick you back into action, or alternatively just kick you in the bollocks. It's Norwegian trio Deathcrush doing what they do best to someone else's song, i.e ripping it a new one. It scares me a little bit, to be honest but not in a nightmarish way, more in a "hold onto your belongings" kinda way.

Haraball (NO) - Raising The Dead
Yeah, fuck it, let's end this with a one-two-three punch of incredible Norwegian noise. Why the hell not? Tell you what, though, this Haraball lot are another band who can pack a lot into less than two-and-a-half minutes. Featuring members from both Fairfuck and Tiebreak 'Raising The Dead' is from a forthcoming 7", The Rope, out on Fysisk Format later this month.

Årabrot (NO) - Solaranus
Y'know what? We know that Årabrot's pummeling, hard-as-rock masterpiece of an album Solaranus was released last year, but this video wasn't and therefore it deserves to go in. Well, that's just one reason why it deserves to go in. The others? Well, they'll become apparent throughout the duration of you watching the video for the title track.

That's enough from us. Now there are more places where you can go for your Nordic music, if you so like. Dom Gourlay includes The Megaphonic Thrift, Culkin and 120 Days in his Some Velvet Mourning quarterly round-up. Likewise there's a big mixtape of new Danish stuff over at Passive/Aggressive. That's not to mention the excellent JaJaJa which has new content pretty much daily.

Drowned in Spotify: A vast selection ...