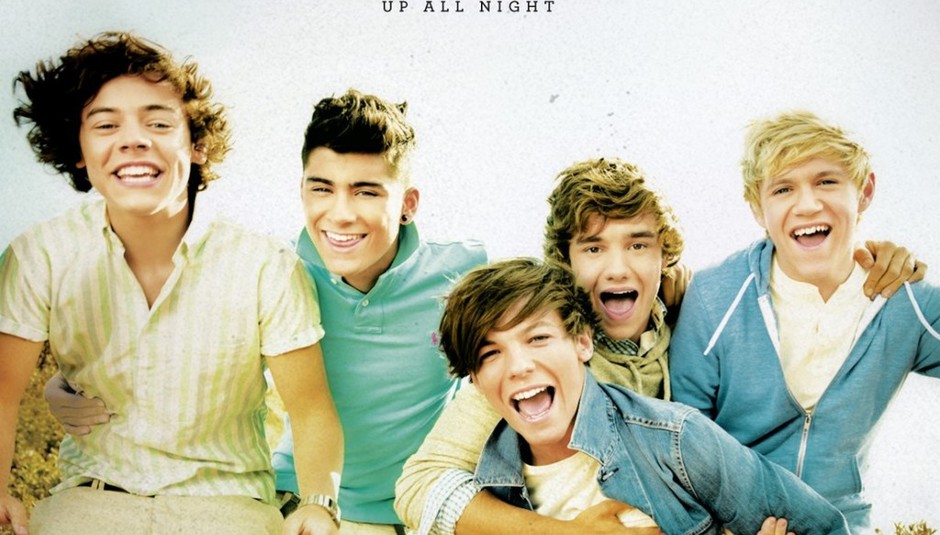 Three months is a long time in pop music. Long enough for Gotye to still be clinging onto radio playlists everywhere. To draw a line under this unfortunate occurrence and highlight the biggest pop stories that emerged from January to March 2012, we’ve only gone and done a bloody news round-up.

British boy bands storm the US charts - 'N Sync say 'That was our thing!'

The biggest surprise story of 2012 so far has been the unprecedented success of British boy bands in the USA. One Direction became the first UK group in history to debut at Number 1 on the Billboard 200 with their first album. The cheap and thoroughly enjoyable thrills of Up All Night were gobbled up by American teens to the tune of 176,000 first week album sales.

The Wanted also went a long way to proving they’re not just puppets of Global Talent by scoring a Top 3 Billboard Hot 100 single with the synth-pop slush of ‘Glad You Came’. Max, Tom and the other three we can’t be bothered to name now hold the highest US charting single of all time by a UK boy band. This has still lead to a little insecurity from The Wanted towards 1D with the post-pubescent group uttering phrases such as "Maybe when they have a song right next to us in the charts over there, they'll be competition."

Usher comes back with a phenomenal new single, no seriously

It’s been a while since we actively cared about what Usher was up to, especially after the cringetastic ‘OMG’. That said, the Diplo-produced ‘Climax’ is an absolute belter of a track and our favourite pop single of the year so far. Predictably, it only managed to chart at Number 29 on the Billboard Hot 100. Those worried about a swift about turn on the R&B sensation’s forthcoming LP Looking For Myself will be pleased with this informative verdict by The Sun’s Celebrity Editor, Gordon Smart, “It’s not my thing, but the album is not standard electro R&B.” Excellent!

We were expecting The Voice to be a load of old cobblers, it’s actually quite good. Despite the best efforts of Danny O'Donoghue, Auntie’s naively ‘anti-image’ talent show is scooping impressive weekly viewing figures of just under 9 million. That’s still less than Britain’s Got Talent’s 10.3 million average.

With the release of the certifiably decent ‘Domino’, Jessie J has even managed to do the unthinkable and reversed our opinion of her to one of a tentative ‘thumbs up’. If things turn sour, there’s still this compilation of her 30 most annoying noises to fall back on.

At one point last year Plan B was so universally popular ‘She Said’ was being spun alongside Elvis and The Beatles on Gold Radio. The same won’t be happening with ‘ill Manors’, Ben Drew’s politically complex ode to inner city poverty and last year’s rioting. It’s raw, intelligent and an absolutely essential listen. As is the former soul man’s Radio 1Xtra interview during which he discusses the driving forces behind his forthcoming film and soundtrack projects.

Early this month we wrote a column on whether Madonna is still the Queen of Pop. If Madge’s 12th solo album had performed better than the first week UK sales of 94,655 for Hard Candy, then at least half our musings would have been revealed as complete codswallop. As it is, MDNA hit Number 1 in Blighty and 16 other countries but only shifted 56,335 units over here, a far cry from the career best 217,610 copies sold for Confessions On The Dance Floor. Still, the ‘Girl Gone Wild’ will have to console herself with the knowledge she’s now topped the UK albums chart more times than any other solo musician in history.

Have enjoyed any particular pop offering so far this year? Now would be a good time to share it with the world in the comments section below. Jokers who choose Flo Rida's ‘Good Feeling’ will be politely asked to vacate the premises.