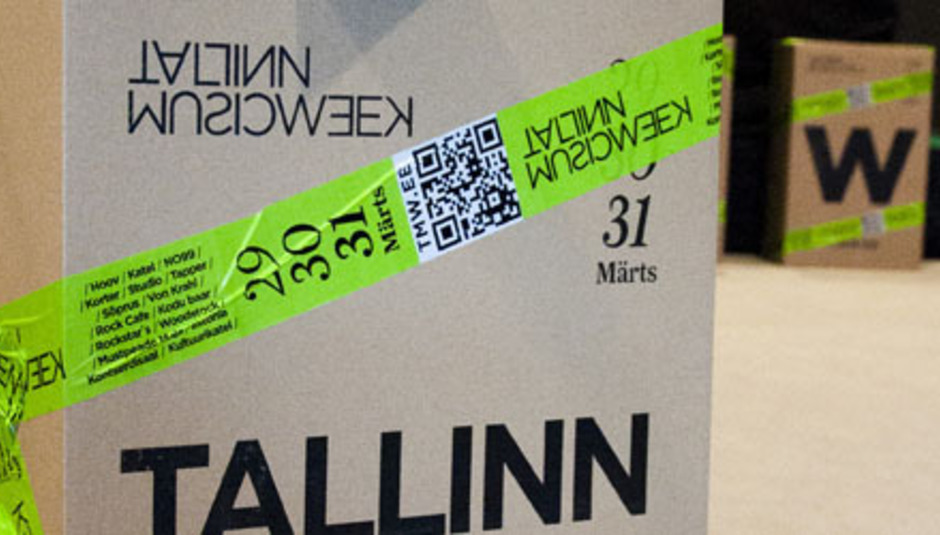 Estonia is a unique country. It’s a very new country – only regaining independence in 1991 – and it’s also one of the most progressive. It's also the only Baltic state running an international music conference. And Skype is from Estonia! You’ve all got that on your phones and Macbooks, haven’t you? That has nothing to do with anything apart from maybe keeping your attention but this does get more interesting. Promise.

In the opening speech by their fiercely democratic and ultra cool president Toomas Hendrik Ilves, the point is made that you won’t have to pay for wi-fi in this country. That’s pretty cool. The American-bred national leader also puts every Western leader (apart from notorious metalhead, Barack Obama) to shame by name-checking CBGBs and quoting Neil Young lyrics. He’s cool.

However, Ilves can also be serious. He puts his country in context: While Tallinn is hosting one of Europe’s best, and certainly most diverse, music showcases, their neighbours, Russia, have just arrested a female punk band, Pussy Riot for protesting. They're locked up indefinitely.

The point? Estonia is different. Drop your pre-conceptions and listen up because Tallinn Music Week and Estonian music is only going to get stronger.

Watch all twelve minutes of the president's speech if you want. He’s the kind of guy you want to buy a timeshare of for your country.

There are only 1.3 million people in Estonia, yet they have the highest GDP of any of the former Soviet republics. In a time when there are government cuts to the Arts in the UK, the Estonians’ focus on the creative industries is telling. Ilves is convinced that the creative industries can make as much money as any other industry. Backing him up is Anna Hildur of the Nordic Music Export. NOMEX is the collaboration between the Icelandic, Norwegian, Swedish, Danish and Finnish music export agencies and she has actually been collating and analysing data that corroborates his thoughts.

But what about the music? We saw some bands. Not all of them were Estonian. Finland is just a two-hour ferry ride across the Baltic Sea. There’s a heavy Finnish presence in Tallinn, from the KGB Museum located in the Finnish Sokos hotel chain to the debatably delicious fast food chain, Hesburger, which is seen on as many street corners as possible. So let’s start with a Finnish band…

This folk-punk duo are signed to Fullsteam Records - an independent label, booking agency and promoters. They’re fucking brilliant. If you think about all the good things that Frank Turner had to give up in order to get big enough to headline Wembley Arena, they’ll all be here. The grungey bastards are so anti-establishmentarian (read: punk) that they correspond with Fullsteam via handwritten letter, which is fucking cool.

These guys are Danish and blew me away. They’ve still got less than 1000 Likes on Facebook so if you like getting in there first, do it. Do it now. There’s a hell of a lot of bleak, dirgey Americana coming out of this impeccably dressed trio. Obviously it all builds up into a cacophonous squall but that’s cool. Also, the blues guitaring singer and the drummer are brothers, twenty years apart in age, which is a pretty cool piece of pointless trivia. This is certainly the best Estonian band I saw – a psychedelic Foo Fighters/QotSA mash-up live, they’re much more in the 70s vibe on record. Give it a listen. As you can see from the photo above, they looked great onstage as well. That's always nice.

I was going to write about Estonian electro duo, Mimicry here but I couldn’t find their Facebook page so shallow old me moved onto these Finns. I mainly want to talk about the venue I saw them in. Hoov. It was a magical little bar. Situated on a courtyard, I can only imagine how lovely it would be in summer. The beer was cheap – it’s relatively cheap everywhere in Estonia, compared to the UK and Finland – and the lights were bright enough to dazzle me for minutes. Fun band, though. Click the link etc to hear them.

Another cool bar in Tallinn is the DM Baar. The “DM” stands for Depeche Mode and yeah, it’s a bar dedicated to Depeche Mode. You could put Bruce Springsteen on in Tallinn and he’d sell a couple of thousand tickets. Depeche Mode though and you’re filling stadiums. It’s like some weird post-Soviet Bizarro world except Superman doesn’t exist but a bar that plays 100 per cent Depeche Mode does. They just can’t get enough… Sorry.

Anyway, there are already a couple of Estonian breakout acts in Iiris, (Facebook // Soundcloud) who has just signed to a major label in Finland and indie-folk quartet, Ewert and The Two Dragons (Facebook // Soundcloud) who have played in Canada and the States as well as across Europe, of course. They’re the kind of band you may get along with if you like indie-folk, however, there’s much more bubbling under the surface here.

It feels exciting here in Tallinn. Sitting in the courtyard of Hoov, I could feel the creativity in the air. Then a chap came and sat down next to me and offered me his spliff (ah, there’s the creativity) and we started chatting about his bands.

Rauno is in four bands and they range from metal to folk-influenced prog to indie-rock to reggae – it reminded me of the hotbed of creative madness that is Reykjavik. He does everything because he wants to do everything. He’s taking his metal band, Emerald on a European tour this summer and he’s booked every single thing himself. That’s the kind of desire that I certainly crave to be around.

Emerald may well amount to nothing in the grand scheme of things, but there’s always the chance that with the effort that Rauno and his band are putting in, they’ll catch someone’s ear somewhere. They’ve got this far haven’t they?!