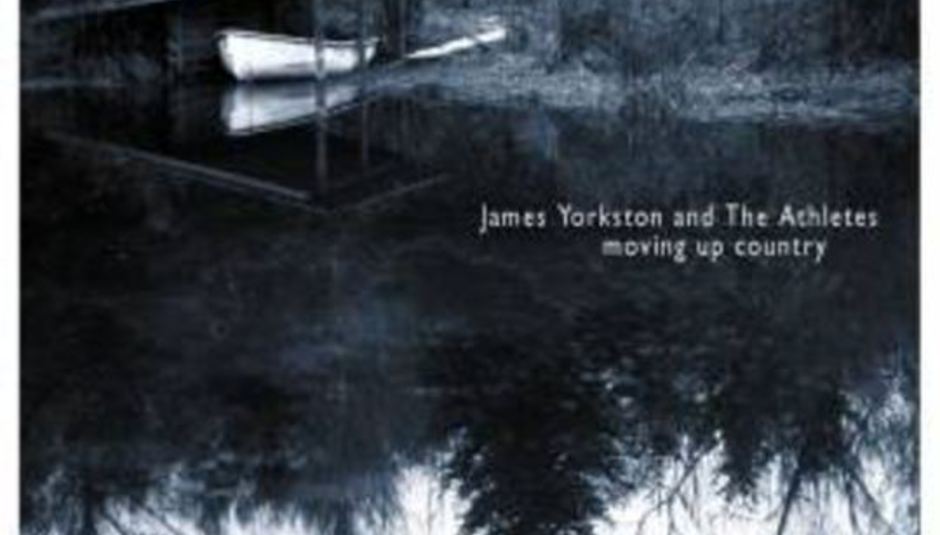 10 Years On: James Yorkston & The Athletes' Moving Up Country Track by Track

10 Years On: James Yorkston &amp; The Athletes' Moving Up Country Track by Track

Back in 2002, Domino released James Yorkston & the Athletes’ debut, Moving Up Country. Adored by both critics and discerning listeners at the time, it has attracted many new fans over the intervening decade with its timeless sound and careful songcraft. To celebrate the 10 year anniversary of its release, Domino is reissuing the album and James Yorkston will be playing the record in full at a number of venues across the UK.

Here, James talks us through the album, track-by-track....

This was the last song I wrote for Moving Up Country, it just appeared one day whilst I was sitting in Berlington Bertie pub, waiting for Tom UNPOC to arrive. He’s always late that guy, never turn up on time if you’re meeting him as you’ll be left wanting, but I didn’t know that then. So, I sat there waiting. Not so much money in my pockets, so nursing a pint the best I can. Anyway, I’d just come off a few days fraffing aboot with this strange wee lassie and she was on my mind, fair enough. So, I wrote the song. It was lovely to be there, after all. And Tom did turn up, eventually. He asked what I was up to but it was of little interest to him, concerned as he was with his new fridge freezer.

This was nothing to do with Tom at all. My heart had been broken, clean snapped in two. Metaphorically. I was writing like a loon, trying to make some sense of it all. This one, Tender to the Blues, 6:30 is Just Way too Early – they all helped one way or another. A bit odd singing them back now of course, but my life has changed so much since then that I read all sorts of different meanings into the lyrics. The girl in the third verse didn’t last much longer which was a shame, she looked awfy bonnie in those fluffy orange jumpers she wore.

Jings, this is about another girl entirely. I won’t say who, but she was worthy of a song or two. I recorded it at Kenny Creosote’s house, him, me and Gordon Lone Pigeon, kneeling around Kenny’s 8 track, shaking salt and forgetting lyrics. I remember when I arrived, Gordon opened the door with his knees in his shoes, so he looked around 4ft tall, I thought, perhaps this is one of Kenny’s wee cousins from Auchterader, but no, it was just Gordon.

Tender to the Blues

Sad old song, this one. Low and blue and sang in F. I was pleased to get the clarinet involved, I’ve never been such a hot player, but it’s made its way onto most of my records one way or another. Those chimes at the beginning were some kind of wah-wah percussive instruments which Faisal had. Reuben played his dad’s leathery old Wheatstone concertina. What else? Ah. You’ve noticed I’ve avoided talking about the song then? A sad old song.

Moving Up Country, Roaring The Gospel

I wrote this one day when I was passing through Dublin on the way down to West Cork. We’d stopped off for the night and ended up in a bar somewhere, where the lady contained within was singing her troubles away. The rest is fairly self explanatory, I think. Not seen her again, I guess she’s nursing babbies now, growing old and lined, just like the rest of us.

I had the basis of this song in my head, just that easy guitar part, really, when Faisal was up at my rehearsal room, recording the drum part for Lang Toun. After he did his initial drum pattern, we were jamming along with the take, just listening back, and he added the shuffle which you hear here. It makes the song, really. When I was recording the demo, this annoying guy from Glasgow kept on coming up to my house, buggering up the slide guitar part. I ended up sending him to the pub for a few hours until I nailed it. He was pretty pissed off and I haven't seen him much since, but to be honest he was a bit of a pain in the ass so I'm not sad about it. The best thing this song has given me, in fact, is his absence from my life.

I was in Paris, part of a Euro-railing misadventure, I went to a bar, there was a terrible band playing. That's it. I wrote the song a few months later in my kitchen. I think I was watching a Columbo episode in the next room and had popped through for a coffee. Who ever would have guessed it'd become the huge hit it has? I was told by one of the guys in the British Embassy that this was the song Gadaffi was listening to just prior to his capture. I'd suspected he was a fan as I'd long since had a mail order set up for any new releases by someone in his care, Of course, being vain, I'd presumed it was him, the head honco, and not some wee musician somewhere, lesser minister or burger flipper.

Great arrangement here. I miss the Hammond Organ a wee bit. A troublesome creature to carry around though. This was just a song remembering back to happier times.

Simon Raymonde insisted on this song being included. It was the oldest song on the album, I'd recorded a demo of it with my old band, even. In fact, that demo is on the special edition which is for sale with this Moving Up Country re-issue.

I Know My Love

This is an Irish trad song, which I'd learned from the Eliza Carthy / Nancy Kerr CD Shape of Scrape, which I listened to a lot back in the day. Oh! To play the fiddle. Back then, I wasn't really aware that people cared so much about pigeon holes and genres. I just thought, Well, if it's a good song, I'll sing it. I was doing covers, friend's songs, trad stuff, my own – whatever. It was only after I started getting called a Folk musician that I began to think about it. Of course, I'm a pop musician, pure and simple. Just not very poppy, but there's no telling some folk. I blame the banjo. And the accordion. There's two types of music; music you like and music you don't like. Play the stuff you like and ignore the rest. I misquote Danny Thompson there.

This cheery little number was written about an event I witnessed in my teens, whilst I was staying at a girlfriend's house. Not the best night myself or any of the people involved have spent, I imagine. I was keen to make the music really nasty and the idea behind the small pipes came when I heard a traffic jam outside my work, with all these trucks blawin' away on their big old horns. It was all pretty much done in one take, the concertina, small pipes, tabla, guitar – feeding the guitar through the Hammond Organ's Leslie speaker. There was originally an additional verse, but it took the song to 12 minutes so we withdrew it. Johnny Pictish Trail tells me he based his song A Pip In The Eye for Jo-Jo on that missing verse and I can certainly see the similarity.

The Moving Up Country 10th Anniversary Edition is released on 23rd April on double CD.

James Yorkston And The Athletes will play the following live shows:

Wed 23rd May - Cambridge The Junction

Thursday 31st May - The Caves, Edinburgh