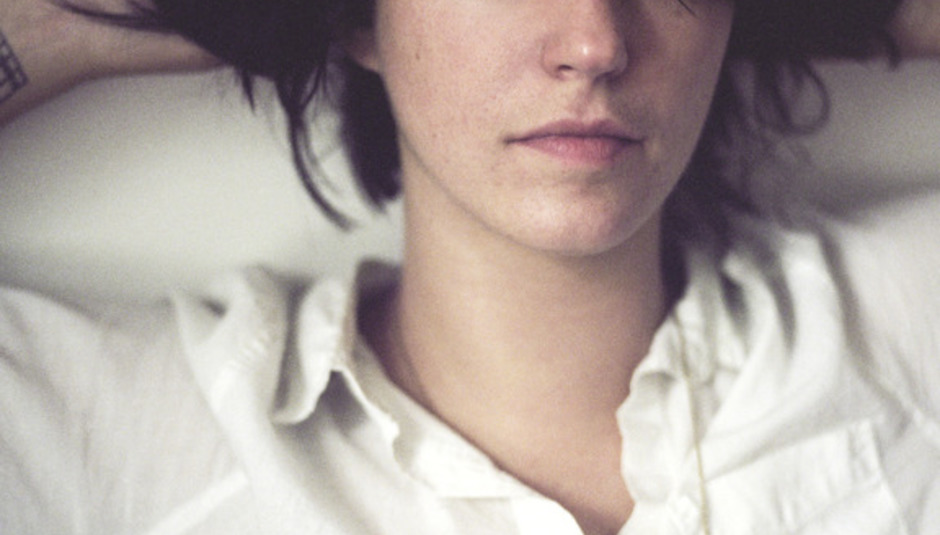 Presented with a lyrics sheet for Sharon Van Etten’s ‘Leonard’, the words look prosaic. Shaker-simple, their plainness nearly verges on boring – especially when you consume them on an internet page, surrounded by pop-ups promising taut abs, cash, white teeth and sex – and all of them, very fast, if you will just click. Partly because ‘Leonard’ is a song about a break-up, about failing to love well, sung from the perspective of someone who has decided it is their fault. If Van Etten were saying it into a glass; if you found yourself next to her bar stool, it would not be nice. ‘I am baaaaaaaaaaaaad at loving,’ she would wail, stretching out the words for too long. And you would eye the exits, because Other People’s Sadness is rarely as palatable as your own.

What lifts it, then - what flutters underneath and compels it to soar, is a voice. One which music writers will embarrass themselves as they strain and jostle to describe it. Because it is absolutely leagues ahead, sustaining and triumphant, and because it careens like Buckley but is not histrionic. Because it elevates ‘Leonard’ from the dull, everyday banality of heartbreak (happening behind doors, everywhere, now!) to a kind of triumph; where the plain fact that you effed it all up - and know you did - is a kind of comfort.

‘Forget It’s artwork is quite arresting, it has got a man in his pants on it and there are dollar bills sticking out of them, also pubes. And normally I would be mildly irritated by this sort of thing, but now humans are allergic to themselves and approach the naked form with all the sensual maturity of an eight-year-old, I revel in every ‘ick’ I hear. Mainly because a world which cannot handle the sight of its own privates strikes me as a lot less modern than it would like to think it is. Anyway, it is a bit of a shame that any conjecture inspired by the packaging is not followed through by the art inside; mostly ‘Forget It’ is a pretty drift in which Devonté Hynes goes on and on about how he is ‘not your saviour’ (thanks) while some jaunty guitar lines twinkle down from a great height and a bassline chugs. It does not inspire a person to shake a fist at the firmament, it’s even got a fade at the end. A fade!

Liz Green continues to demonstrate how a brass section that has had all its units in one evening and some quite dull finger plucks, can still result in a captivating three-minuter. Especially when you’ve been blessed with pipes as peculiar as Green’s. You see, the nice thing about coming across a voice as full of character as this, is that it you start mentally composing a list of things you’d like to hear it tackle. If Liz Green applies her chops to ‘Secret Love’, I think I might die.

Tango In The Attic- ‘Paw Prints’ (A Badge Of Friendship)

Somebody has done a lovely job for Tango In The Attic, who have got one of those drummers that does not know the meaning of shhhh and has just the one - entirely lively - setting. I loved hearing him bash the crap out of every note because they’ve captured all his vigour and bristle without drowning out everybody else. And ‘everybody else’ is doing a lovely job, elevating what is a very now sort of grab-bag indie (loudhailer choruses; intricate, quasi-West African guitar; domineering, minor-key, chord washes) and making it seem fresh. Essentially, what is good about ‘Paw Prints’, is that they are having the time of their lives but, without even looking, you can hear the grin.

Waters - ‘Take Me Out To The Coast’ (City Slang)

I am not complaining that one of music’s current favourite reference points happens to be Tom Petty. Because I like a good car song - even if the only thing it ends up soundtracking is a road trip to Lidls.

From shuffly fuzz to shuffly fuzz, Beach fossils are entirely accomplished at lilting melodic progression and indolent vocals and although their sound will not rip apart the space-time continuum, it is still quite satisfying. They’re young enough to use skateboards as transport, though, so there's plenty of time to shuffle away from waft-pop.

Future of the Left are making a very, very important point about how it is wrong that you can buy Ramones t-shirts in New Look and they are here to remind us that The Man is up to his old tricks, plus everyone and everything on the internet is kind of annoying. I agree and as ever, the problem is not ‘is there any political music’ BUT ‘is any of it making insightful points that have not been made elsewhere’ AND ALSO ‘is it listenable’. I don’t like their song very much, but I mostly agree with their ire. Although, I will fight till the death for the right of 12-year old girls to wear RUN DMC t-shirts with pre-ripped raw edges, even if they have only the tiniest inkling of why they want to. You’ve got to start somewhere.

‘Sparkling Sunbeam’ is not going to knock ‘Lonesome George’ from its dizzy precipice, it is still my favourite Yeti Lane song. And although this is quite like saying beetroot is your favourite purple vegetable they needn’t trouble themselves, because ‘Sparkling Sunbeam’ sounds like their new line up has made them more beefy and confident. So although Yeti Lane are as lovely, orphan-pale and melancholic as they ever were, now you don’t feel like they’d scarper the minute someone pretended to ask for the time or a light, when they secretly just want to deck you.


Wendy is on the internet, here. Today she discovered that you can make the formatting of html loads more amusing if you pronounce every ‘br’ like Brian Badonde.