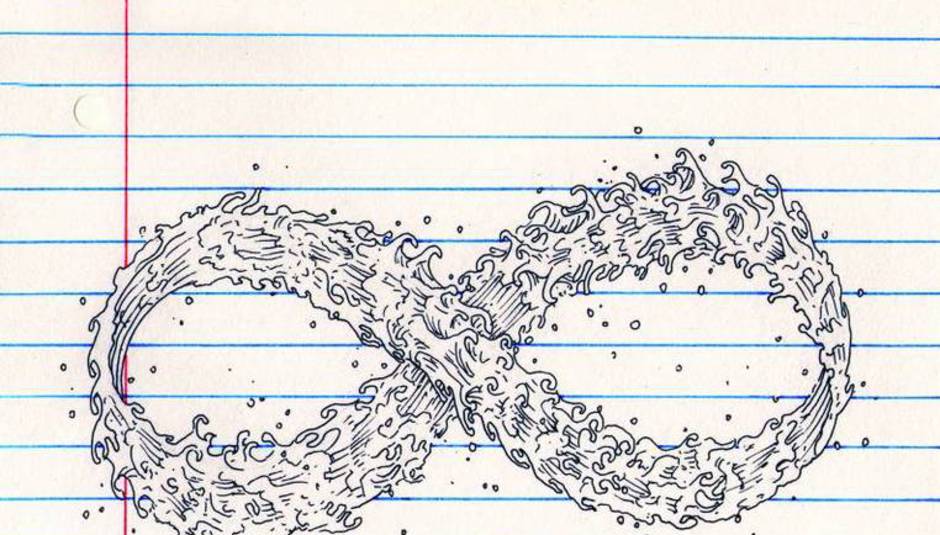 Before we get into the cut and thrust of a seriously busy few months in our fair city, I owe Richard Dawson an apology. The last couple of Drowned in Newcastle columns have drawn one or two comments calling me out on the absence of coverage of his album The Magic Bridge, released last October. And, well, I’m bang to rights, because it turns out I’ve been overlooking something pretty special. It’s a beautiful, unhurried folk record, impossibly intimate and creaking with emotion. There’s a sense of roughness to it, which belies the unshakeable comfort that comes from knowing you’re in the hands of an absolute master of his craft. I hang my head in shame at taking so long to catch on.

Back to now though, because 2012 is already rattling along at breakneck pace, clicking seamlessly back into gear after the December rest. As you’d expect, there’s a feast of new records to get excited about already. My current highlight is probably the new Young Liar EP, out on March 26th on The Calico Print (a busy label in March, incidentally, also releasing strong new singles by Vinyl Jacket and Mr Ben Sir). EP2 is a wonderful record, taking the gorgeous, immersive heft of their debut and building on it in practically every way possible. It’s more direct, more beautiful, and louder than its predecessor. It’s hugely gratifying to see them improving on such a strong debut, and you start to get the feeling that there’s no limit to what this lot can achieve musically. The launch gig is bound to be an ear-endangering affair, taking place at Hangar 51 in Ouseburn on March 24th and also featuring drone-metal lunatics Nately’s Whore’s Kid Sister. Young Liar also support Errors at the Cluny on Thursday February 9th.

Another genuinely special record due out in March is Ajimal’s debut single ‘Footnote to Love (Part One)’, which is out on the 19th. It’s released on Frankie and the Heartstrings’ imprint Pop Sex Ltd, and represents the first non-Heartstrings release on the label. The tricky job faced by Ajimal and producer Mick Ross has been to somehow translate the beautiful, powerful intimacy of his one-off live shows to record, but they’ve pretty much nailed it. It would be easy to slide into overblown self-indulgence with a voice like Fran O’Hanlon’s, possessed as it is with the ability to make mere mortals feel so tiny and insignificant, but ‘Footnote to Love’ is impressively understated in its execution. It promises great things for the EP which is due to follow soon.

While we’re on the subject of other-worldly artists, Shift Static have been enjoying growing acclaim for their EP In Italics. The contrast between Laura Smith’s lovely vocal and the ghostly ambient canvases is a winner, drawing parallels with Glasgow’s Conquering Animal Sound. The EP is currently available for free download on their Bandcamp page, and it’s well worth exploring.

At the other end of the spectrum, I’m a pretty big fan of Italo-Geordie quartet Mausi, and while ‘Sol’ has been doing the rounds for a few months now, it’s getting an official release on February 20th. Notwithstanding the incongruity of releasing such a massive summer pop song at this time of year, it’s difficult to resist its infectious buoyancy.

Following on from a launch gig at a packed Cluny last week, The Union Choir have just released their second single ‘Your Melodica/Lavender’. ‘Your Melodica’ is another great example of the lush choral pop which has made them so fondly admired in Newcastle. ‘Lavender’, however, is a different story. If you’ve only heard their records, it might be a surprise when you see them live for the first time and discover they’re not just a pop band wielding brass and violins, there’s a darker underbelly which pitches them closer to the Twilight Sad than the Polyphonic Spree. ‘Lavender’ is the first time they’ve captured this on record, and it’s a refreshing, intriguing counterpoint to ‘Your Melodica’.

Probably the most adventurous event to be taking place in the Newcastle area over the next couple of months is AV Festival. Previous installments of the biennial event have lasted for ten days, but 2012’s edition is a bumper one, running for the duration of March. The whole thing centres around the theme of time in art, with the musical wing of the festival reaching its apex on Saturday March 24th with ‘The Time is Out of Joint’, timed to coincide with the clocks going forward to start British Summertime. The night features live performances by Forest Swords, The Caretaker and Pye Corner Audio. Other musical highlights of the festival include Leif Inge’s 9 Beet Stretch, which sees him stretching Beethoven’s 9th Symphony over a 24 hour period, and Lament For John Cage, a series of performances of 6 Cage pieces at the Sage. The festival isn’t just about music, though, there’s all manner of art installations, film events, and even artist-led walks across Newcastle, Middlesbrough and Sunderland. You’ll probably struggle to catch everything you might want to experience at AV, but it’s absolutely worth dipping in and out of as much as possible. It’s lovely to see an event like this taking place in this day and age, so why not show it a bit of support?

February delivers the extremely welcome return of Month of Fridays, which was one of Newcastle’s biggest musical successes of 2011. It’s a brief return though, as the team behind the event reunite for one night only to bring The Jezabels back to the Cluny on February 28th (a Tuesday, as it happens). Fingers crossed the gig will inspire a proper return for MoF at some point in 2012 though.

Other gigs worth marking on your calendar over the next two months are Field Music at the Cluny on February 10th & 12th (the second date added after the first sold out quickly), Allo Darlin’ at the Star and Shadow on February 22nd, Fanfarlo and, Ghostpoet at the Cluny on the 24th and 27th respectively, Laura Marling on March 5th (The Sage Gateshead), Ikue Mori & Maja S.K. Ratkje on March 28th (Cluny) and Los Campesinos! at the Academy on March 29th.

The new year has brought about a bit of an influx of new and returning entrants to music in Newcastle. Get Involved Promotions erupted in a massive fireball with Dananananaykroyd’s last ever gig last year, but its protagonists are back under the guise of The Great Northern. Following their debut gig which brought B>E>A>K back to Newcastle, they’re also putting on that Errors gig as well as Future Islands in coming weeks.

While The Great Northern may feature familiar personnel, another new promotion company, The Outsider is brand new to the game. They’ve been extremely active already, and are doing very good things for local bands. They’ve already put on The Union Choir, The Lake Poets and Cauls, with a raft of shows lined up for the near future featuring the likes of Retriever, Bridie Jackson, Ajimal and Nev Clay. The Newcastle music scene has always thrived on people driven solely by a passion for new music, and The Outsider is another example of that.

Another intriguing addition to Newcastle’s gigging landscape is No Alternative. They’re a loose collective of musicians with the laudable ambition to run occasional non-profit shows for bands they like with no other aim than to have ‘a fucking good time’. It’s a simple mission statement, and their debut show last month, a free night at Cluny 2 headlined by We Are Knuckle Dragger was a big success. It’ll be interesting to see how it all pans out long-term, especially for those who might fall outside the traditional ‘indie’ scene in Newcastle (which, for what it’s worth, I genuinely feel is a positive, diverse group of bands, but past experience suggests there might be some who don’t agree with me on that.)

Finally, a new label has added its name to the burgeoning list of bedroom imprints putting music out in Newcastle. Pure Casual is a digital label whose maiden release, ‘Mikolah’ by Premise Beach is a lovely, delicate piece of acoustic pop, and is due out on February 13th.

So clearly there’s barely time to stop and draw breath in Newcastle at the moment, it just feels like there’s a non-stop stream of good music emerging. I don’t like to tempt fate, but the momentum feels too great for it to slow down any time soon.

"I mention a lot of Jesus and faith i...