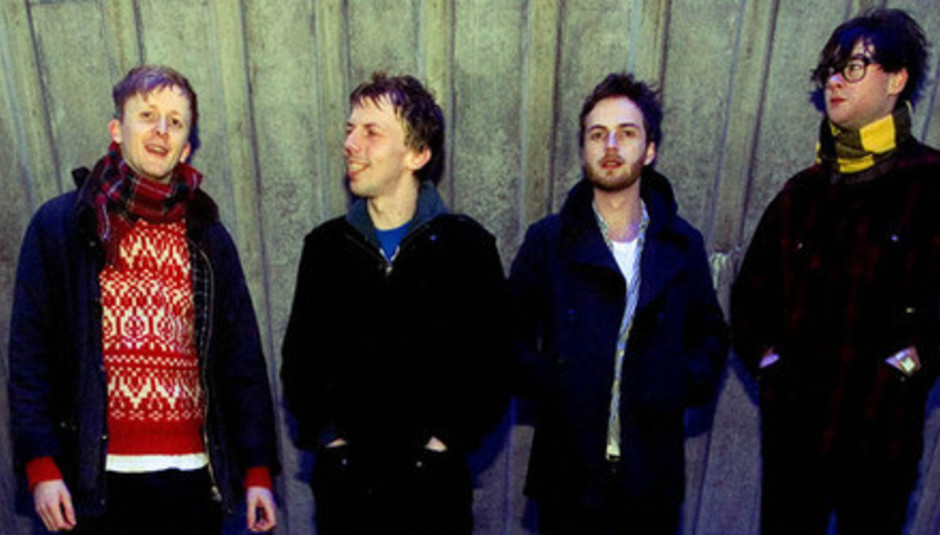 Ahead of the release of their new album Have Some Faith In Magic (which you can hear an exclusive stream of on DiS this week), Errors compiled a mixtape of their favourite tunes...

This is from a record called Music from Saharan Cellphones. It's a compilation of nine songs which were shared from mobile to mobile via bluetooth. What with the absence of any internet this is how they do it in the Western Sahara!

For me, this song (and also the album) fills a wee hole between Krautrock and Synth-Wave. The opening arpeggio is the bounciest but greatest I have ever heard. Cosmic synthesiser music.

More arpeggios here. MR 666 turns all the right knobs with every sound being appropriately detuned. The first half of the song is pretty tense until it finally breaks into layers of melodic John Carpenter styled keyboards.

I was convinced this record was rare oddity from the (g)olden days of Krautrock but it turns out that just isn't true. Horrid Red are modern and, I believe, from America. It's pretty lo-fi sounding and they like to sing in German. Reminds me of Eisbaer by Grauzone.

I like basslines of which there have been many good ones in the last year. This is my favourite. This track reminds me that I must always use my proper speakers to listen to music and not my laptop. Bass up full, AMAZING.

This is from one of my favourite albums of last year. It's pretty hazy, lo-fi psychedelic music with lots of interesting noises happening throughout. He uses effects really nicely, never too worried about whether the sound is becoming distorted or not, just letting the music flow. Some of the early Ducktails and Panda Bear stuff was quite similar, I guess this is probably Sun Araws most accessible record but is still pretty out-there. It's got a good mix of modern electronics and old traditional percussion and other instrumentation which sounds like it's all being fed though a filter with the switch set at "The Past".

More modern psychedelic-drone-pop music this time courtesy of New York's Psychic Ills. This is from another one of my favourite albums of last year. I think they've got a pretty powerful, bold sound, albeit lo-fi and pretty rough. The guitar in this tune is reminiscent of early-mid 90s British psychedelia. The vocals are pretty understated but effective and the musicianship is clearly accomplished compared to a lot of people in this field, though it never verges into virtuoso or showy territory, which is just as well.

I love the video for this. Though I can't work out whether I'd like to hang about with the people or if i totally despise them, I guess they probably know that. If I heard this for the first time with no prior knowledge I'd assume it was from 1988/1989. The only give away is the voguish delay-effect female vocals throughout. The video is kind of like one of those US dance shows from the 80s, except with Acid House music and made in 2010 with people from Portland dressed as people from 1989. Confused?

I put this in because it reminded me of a few of my favourite things from last, namely the James Ferraro record and Oneohtrixpointnever record, I guess mainly because of the vocal sampling and aesthetically they're pretty similar in general. I'm almost certain the bass-line is generated on a Yamaha DX7, one of the best synthesisers ever made, though we've had one for almost a year now and we've still to figure out how to use it.

This is from the 100% Silk label, the dance side of the Not Not Fun label. Pretty much everything they've released so far has been brilliant. This is one of the best releases in my opinion. I've been listening to a lot more world-music recently and this fits in well with that. It's tropical, it's holidays and features some pretty sexy Kenny-G style saxophone.

Errors release their new album Have Some Faith In Magic on 30th January. havesomefaithinmagic.com

"I kind of knew that we weren’t about...