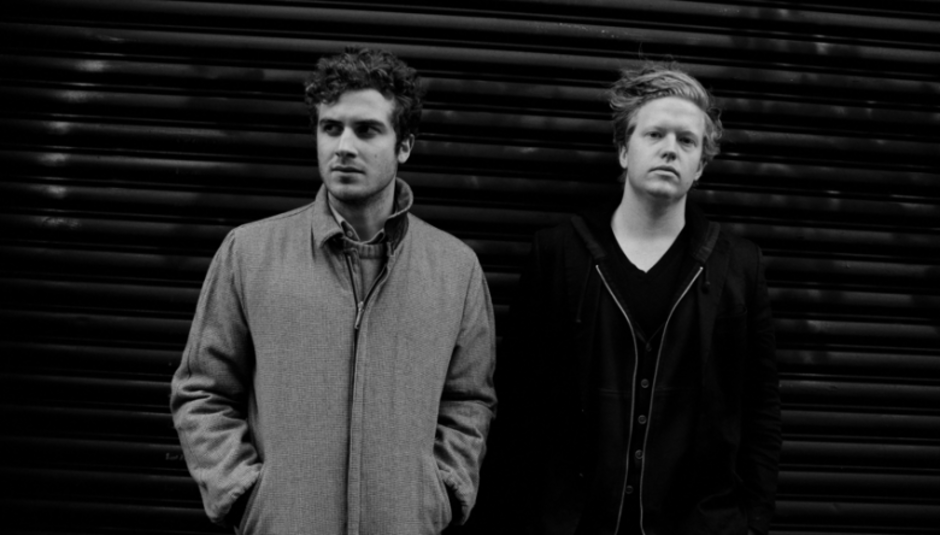 The strange thing about music criticism is its insistence on keeping guitar clichés well out of any discourse that concerns originality. So stand back, because here we have it, weighing down my right claw: a million tiny bands with tiny ideas, playing the same jams, same chords, in the same way, forever. On the other, a vocal performance is put through the wobblatron for perhaps the thousandth time, and you cannot move for usually rational humans bleating; get over it, it’s been done.

I say all this, because ‘A1’ has vocal wobbles on it, and we’re conditioned, if not encouraged, to be bored by this by now; no exceptions, no returns. But ‘A1’ is not nothing, and while its almost Byrne-ian vocal performance does indeed waver, it also has a bassline to break the heavens; so confident, so entirely pouty, it can barely bother to pick up its heels as it slinks over. And maybe its easier to pick off the peacocks, while lumpen pigeons multiply like rats. But I’d like us to be careful what we sling aside, in our haste to march forward.

Django Django have yet to make a single I have not wholeheartedly wanted to snog, and ‘Default’ is no exception – it has a tiny bit of the drums off of Bouncy’s 'Run The World (Girls)' on it. And it does sound like the Beta Band but not in a way you could possibly get into a snit about. So rarely does this happen it is almost frightening – you get one single you utterly love, but the next is like a second viewing; all those cracks in the plasterwork now looking hopelessly obvious. So hope is a very difficult, tricksy thing. Happily, ‘Default’ is completely brilliant, it is all chopped vocals and joie de vivre and bobbing about and emphatically not the Franz crossed with Hot Chip like what it said in the bloody Guardian.( Honestly.) P.S. I only get annoyed with reviews I don’t agree with when I have got so partisan about a band that you’ll get no sense out of me. P.P.S. I am this partisan about Django Django. P.P.P.S. That was the first review of a band I read in about six months and it has put me right off reviews. P.P.P.P.S. 'Reviews' are for dicks.

S.C.U.M. are brilliantly rubbish, they look like delicious orphans; all romance and gammy limbs and bruises on their weak wrists when you’ve barely even touched 'em, la. One of them’s even got a jersey polo neck on; very louche, he is. But I sort of like them, I like how unabashed you have to be to make shimmery, doom-pop this indebted, and make it so well and so bloody miserably. ‘WE DREAM OF FAAAAAAITH,’ they wail. You know, maybe they just need to get their colours done; they might be surprised, they might be a Spring.

When someone has done something artistic 400 times they deserve one’s respect, not least because the creative process is no ruddy picnic, it is fraught with trial - so anyone who has the steel heart for 400 turns about the track is some sort of superbeing. In any event, R. Stevie Moore is definitely one of such people, having released over 400 recordings, so you know, bow down. And on ‘Pop Music’ he has come over all Randy Newman, the minor keys here might as well accompany the story of a disappointed plastic spaceman for all the heavy-hearted sweetness they employ. As with Newman, there is a pleasing sort of knowing; a recognition that the pop-song, as a form, is impossibly self-conscious if not actively bizarre. Which is why when Moore sings the line ‘easy listening pause’ it has an actual pause in it, just to keep you on your toes. It also has an adorable video in which Tim Burgess wears a Warhol wig while speaking to some mightily camp Mancunian Muppets - a fitting tribute for something this deceptively slight (and marvellous).

Nigh on perfect, ‘Tall Buildings’ sees Tunng’s Sam Genders apply his enviably amiable vocal tone to pop of the most angular kind; basslines pulled tight like rubber bands ready to smack, a crisply-ironed propulsion tightly sewing it all together. And it is heartening when this happens; how a man from a band that was so very Summerisle, could now be making now-pop. And how easy Genders makes it look; weaving the elements of electronic pop music that usually sound so cool, wipe-clean and aluminium, and making them warm, dirty-fingernailed and brassy. A bit of a triumph, and absurdly hooky.

I always feel sorry for records released in mid-December, like winter flowers no one can appreciate because it is too cold to go out, they are buried by the Buble behemoth and end up quietly wilting. Lucky for I:Cube I have been trawling this week, finding the entirely rude Italo House of 'HNT', with its grave inspirational voiceover and a bassline that reminds me of my youth and the awful dilemma disco presented; all that dancing, but far too young to go anywhere to do it in. Basically it is sexy in a way which few people in music are successfully able to [do forgive] pull off; being straight-faced, but underneath it, saucy as a sailor.

Marimbas are my favourite and best, there being a hollow quality to how jolly they sound. And Aaron Jerome and Sampha are no fools, employing them on ‘Hold On’, achy-breaky as it is with longing and the sound of drained wine glasses being played [or xylophones, if you want to be technical, which I don’t]. It’s an apt sort of record for now, sounding like it has the world at its disposal (as we are told we do) and yet not being entirely happy with the bit of the world that it’s got. A terrific pop song too, of course.

With a bassline straight out of the Twin Peaks theme tune, prom rock begins 2012 in no danger of having a bucket of red tipped on it. Which is why Trailer Trash Tracys want us swaying sadly in the dark with the wrong boy, and why I will join them, just this one last time, until something less stroppy comes along. I hope it comes along ‘quite soon’.

Wendy is on Twitter here.. This week she has been finishing a book with the help of marvellous, boon-to-procrastinators SelfControl. It is meant to block the funnest bits of the internet so you can only look at the boring bits. Which is all very well, unless you set it up wrong and end up blocking literally the whole of the internet apart from Twitter.

"Wrong Visions of the Future..."