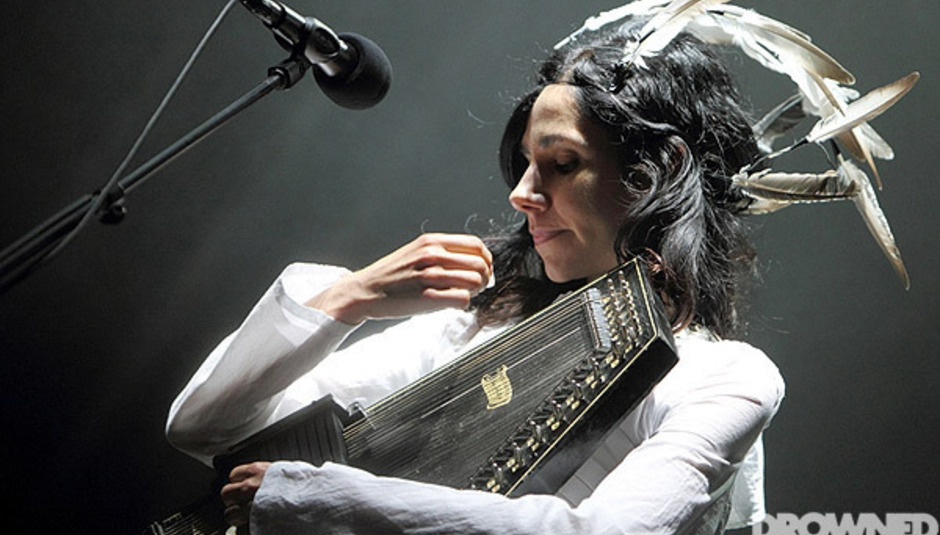 This week's Spotify playlist, formed from the week's content on the website. Warning: it leans heavily towards the end of year content. Still, we're trying to drum some of the bands and songs into you, so here's another attempt. Click here to give it a whirl.

Despite us rounding up all of our end-of-year content, there were a few other stories floating about. Perhaps none of them were as significant as The Shins announcing their comeback, though. Their new one will be out in March next year, for your information.

Are Wild Beasts the best British band at present? They can't be far off in fairness to them. Dom Gourlay had a natter with Tom and Chris from the band before their Nottingham show. They said: "It means more that people on Drowned In Sound like us than any industry awards panel", which was nice of them. Read the full interview here.

So, now we move onto the part of the playlist which is quite heavy on our end of year content. We do not apologise for this, though. Sbtrkt was one of the albums which made our Top 5 of the year. It placed at number four, which isn't so bad for a debut record, is it?

Of course, our number one album of the year of 2011 was...Burst Apart by The Antlers. In many ways it was the obvious choice, although any album which placed in the Top 10 could have been number one. It was this one which was, though. Read the Top 5 here...or read the band's track by track review of that album.

There's been a great deal of quality content on the site the past few weeks and this interview with renowned documentary maker Adam Curtis by Gavin of Ghosting Season has been one of the highlights. Some top quality intellectualising going on in there. Click here to read it, it's worth it.

Tim Hecker's photo album cover for Ravedeath 1972 may have been the picture which adorns our Top 5 albums final run-down and write-up, but he fell just short of gaining our ultimate accolade. Still, it's a mighty-mighty fine record and one which you could do worse than to listen to. Read our original review here.

As well as the run-down from 75-1 we've also had our Lost 11 records of 2011, which were records which were adored by a staff member (in this case myself...) but didn't make it into the Top 75. My choice was Jenny Hval's Viscera which...well, as much as I tried, words cannot do justice to. I'd strongly advise you to listen but you can read my words here.

8. Destroyer - 'Savage Night At The Opera'

OK, so we kind of cheated, or at least bent the rules a little bit when it came to our Lost 11. Our #1 Lost Record of 2011 is Destroyer's Kaputt, even though it came in at number 20 or so in the official list. Why? Well you'll have to read here for both a reason and the full verdict as to why it is so bloody brilliant.

Er. Yeah. Sorry for filling this to the brim with end of year content, but I'm not sure what else we can do. It's showcasing the best of 2011 and PJ Harvey's Let England Shake was certainly among that. That was at number 3 in our list which, should you need reminding, can be found here.

11. Trent Reznor and Atticus Finch - 'On We March'

This track is taken from Reznor and Finch's soundtrack to The Social Network but they also recently collaborate on the soundtrack to The Girl With The Dragon Tattoo, which two of our loyal writers popped along to earlier this week. Have a click here for their reports.