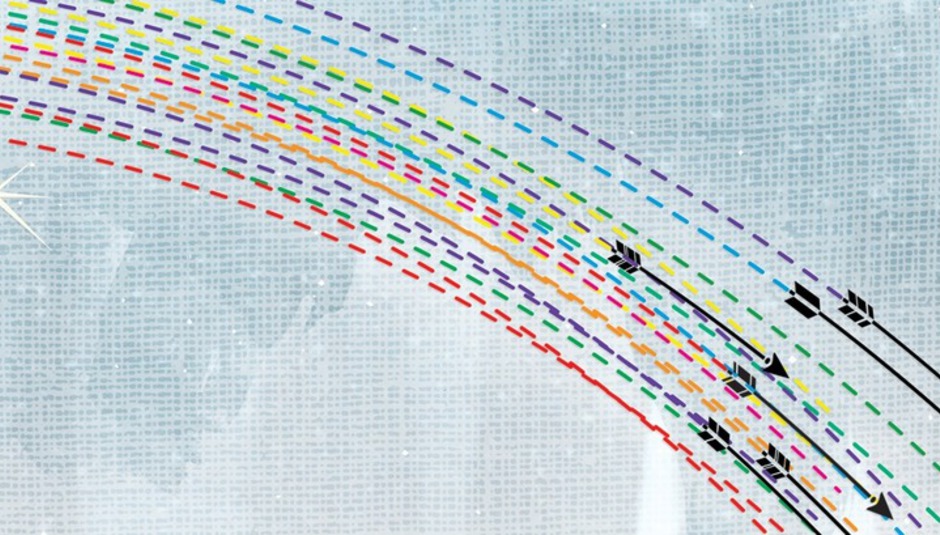 However, each and every year, there are records which slip through the cracks, that individuals who write for the site absolutely adore, yet few others seem to even be aware of. To help highlight a few lost records, a few years ago we invented the Lost List, and ask individuals to write some words explaining why they love the album in question. Next up, Jon Falcone recommends a new project from the chaps once members of hardcore heroes The Promise Ring and CapnJazz...

In ‘We Owe You Nothing’ the collected interviews of lost DIY bible Punk Planet magazine, there was a section on punk’s losers. It was several pages dedicated to those with ‘nothing left inside’. Not that they were failures, not at all. These interviewees constantly beat against the tide and had swathes of populism/taste/fear/industry mechanics/personal tragedy preventing their music reaching audiences who would have changed their world. A million missed opportunities. It felt like that was the ultimate point of that chapter and an interview with Maritime (then in the Promise Ring) front man Davey von Bohlen could have sat in that section comfortably. Von Bohlen never quite got the recognition he deserved and it seems almost fitting that Maritime’s Human Heart sits in a collection of albums that for no reason of their own, didn’t get the shout outs they should have.

Davey von Bohlen has found his most stable home with Maritime yet they’ve been the outfit with the least furore around them. Formerly, he was the newest member of mid-Nineties Chicago legends CapnJazz and then front man of the stratosphere brushing The Promise Ring. Yet in Maritime, and particularly with Human Hearts, von Bohlen’s writing has reached a new peak - though it's still one that has been critically undervalued.

As The Promise Ring started in angst and seemed to become increasingly cheerful, so did Maritime. Human Hearts puts an end to this pattern. It is both an about turn and an amalgamation of personal history. This is the closest album to The Promise Ring’s initial taut angst, yet with the fully developed vocals of recent output. The album is solid, intense blocks of concern and doubt, punctuated by two bursts of joy that would have ‘Very Emergency’ looking glum with ‘Annihilation Eyes’ and ‘Apple of My Irony’.

With opener ‘It’s Casual’ it’s evident that the one thing Human Hearts is not, is casual. Spritely strumming and guitar effects see Maritime take their closest step toward a shoegaze track (...if not a little bit Death Cab - Emo Ed). It feels sonically ragged and emotionally messy, yet Von Bohlen’s voice rings crystal clear over the top asking, “do we fight, fight, fight fight on?” Lead guitar lines also trace delicately in top, colouring in a sad intricacy.

Von Bohlen’s lyrics always come from a suitcase; the questions people ask when transient. Von Bohlen is best when capturing the conflicted musings of the eternal sofa surfer, looking for security via an over zealous reversion to sentiment whilst enjoying the ride. His albums merely expressed his state at the time of writing, be it the full rush of abandon or the deep insecurity of being placeless. ‘Human Hearts’ looks this time for security in nature and memories. It looks in vain and is greeted by a nature that is cold and uncontrollably repeats its cycles and processes. This makes for some of his most poignant moments yet.

‘The People Of London’ is ghostly in the sparse melodies laid over guitar chugs and heavy, exploding choruses. “The people of London, oceans of empty rooms” von Bohlen reminisces; it feels apocalyptic as even the “telephone lays low” yet his voice is sweet. The image is cold but the memories could be either bitter or magical, capturing a desolate city emotionally or literally at a dawn.

In ‘Annihilation Eyes’ and ‘Apple of My Irony’ it’s a return to von Bohlen the overt romantic - the latter song with a guitar riff that could melt even the biggest anti-indie cynic, the former purely pop writing at it’s best. It has choruses as big as von Bohlen’s well-of-sentiment as he croons “I called up a friend/he was waiting for his laundry to end/and he’ll wait for love to find him”, it paints the lights, the sounds and even the taste of the Laundromat.

Von Bohlen and Maritime are a treasure in today’s guitar music and Human Hearts brings everything that they’ve promised together into one superb album. As the band truly hit their stride it’s no surprise that Capnjazz have once again started playing and The Promise Ring have just recently announce their reunion intentions for 2012. If Maritime were to now go on a hiatus, it would be another opportunity to slip through the world's fingers.