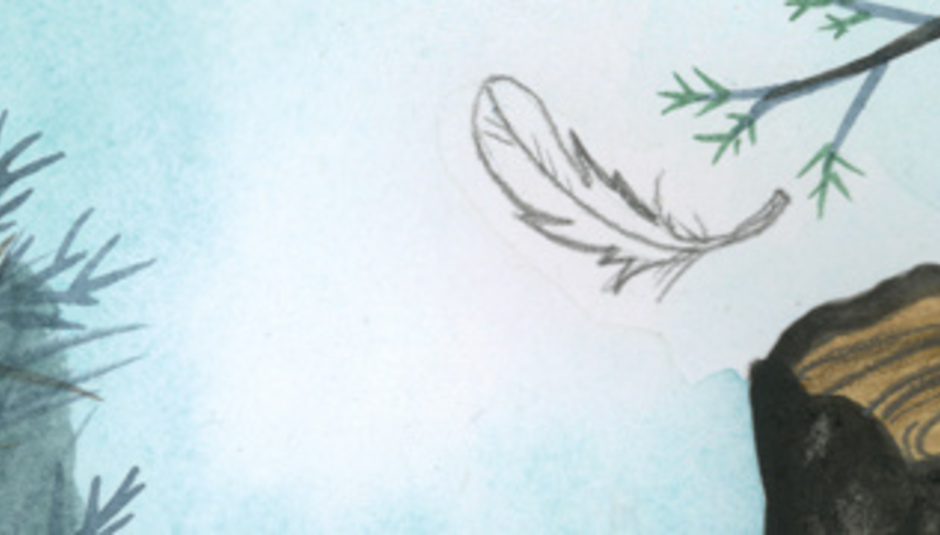 In the last column of 2011, we take in some seasonal songs and the last dregs of indie at the bottom of the bottle. Stick some vodka in, Granny won't notice.

Two - entirely unrelated - ways in which the middle classes make me livid. 1) moaning about what a shit job their cleaners do, even though, upon questioning, it appears they do not know the minimum wage. And 2), any and all snooty observations about Christmas decorations and their early and enthusiastic appearance on this country’s housing estates - as if the celebration of a religious festival were somehow quaint, especially when the peasants choose to express their excitement via the medium of lawn Santas. Spare me your wink, spare me the boring, you pricks, and give me those who look upon houses that suck the national grid dry with awe and handclaps, admiration. And give me Johnny White (aka Fairewell), especially when he says, “People seem to think it demonstrates maturity to dislike Christmas, but these are the same people who refer to pigeons as ‘flying rats’ or repeat that John Lennon quote about Ringo Starr not even being the best drummer in The Beatles. Christmas is a sort of permanently unfulfilled promise that’s connected with magic and the unknown and that kind of thing appeals to me a great deal. I think about Christmas a lot.”

Christina Rosetti thought about Christmas for a spell too - and if you are going to listen to anyone about our best holiday she seems like a good bet; nervous breakdown at fourteen, three unfulfilled wedding engagements and a father with a decade of depression. She could locate the twinkle in a hollow vista of horror, which is why Fairewell's take on her and Holst’s carol – even though all the words are in your head, and even though it turns it into a doomsynth ballad - is perfect.

Three carols that cover Christmas. The first imagines Winterval after the apocalypse (‘Even through a nuclear winter, here comes Santa on his reindeer’); the second is about missing someone you well fancy – perhaps as you lie in a single bed at your parents house past the age of thirty (I’m making this up here, you know, it’s all a fiction); and the third is about topping yourself. They all sound like his other songs, i.e. good and mad, but they wink so hard you start to think they are signalling to leave the party. Oh Gruff, he's so wry.

It is funny how quick The Machine is to tell you who a band sounds like - they love it, they do. The only time it doesn’t happen is when no one wants to mention the band the band sounds like; which is when all the people who normally email you ten times about one thing go all shhhhhh, nothing to hear here. As it happens, Hook & The Twin - entirely amiable and beatific though their dance pop is - are quite like Hot Chip. Especially if Hot Chip wore less fluoro and did cheap cidery snogs with Ladytron. Anyway, ‘We’re So Light’ is catchy, and it has at least been to a proper disco, where the people need to have a sit down because everything has gone all rushy. But it hasn’t reached the point where everybody stops caring what they look like, which is when I think things get properly interesting.

The problem with She & Him is that they are the sort of band you can binge on just the once - after three months of Scampi flavour Nik Naks, the idea of another wang-shaped wheat snack fills you with dread, you will definitely vom. 'Christmas Day' is nice and all - but nice won’t cut it these days, everything in popular culture must now have some sort of umami-style extra dimension. Who makes umami pop? Not She & Him.

Nice, fuzzy, and slighter than a supermodel, ‘Distant Neighbourhood’ is in many ways and in my book an anti-single. Call me old fashioned, but I want a three minute manifesto, a cards-on-table, gauntlet-down, writ-in-neon, sky-written call to arms. Play 'Distant Neighbourhood' at an army sign-up tent, however, and all the men would pull their shirts out of their trousers before putting on a baby sling made out of muslin facecloths. I mean, buy a flannel, you divs. Big Deal, I want you to cut your fringe so you can see and then I am going to walk behind you and kick you up the arse, every time you slouch. *N.B. I have only just 'got' the mañana-mañana, shoulder shrug of Big Deal's name. Which is very fitting.

The War On Drugs - ‘Come To The City’ (Secretly Canadian)

I am not the sort to go all The Man on anyone, shops are useful for things and stuff when stuff and things are what you require. But when The War On Drugs (whose marvellous ‘Baby Missiles’ won SOTW earlier this year) choose to align themselves with hateful knobjockey haven Urban Outfitters, I will admit to doing the smallest of sighs. It is not that I do not like the painted film of their video (although if you are in the market for colourised celluloid, this is better, and also a joy), more that I am just so unbelievably bored of miserable-looking thin people walking around in clothes. Fashion: if you are going to go to the trouble of telling us that wor flesh is repellent; and that real happiness can only be achieved by the dawdling of brown rice around a plate, then at least show us some promise; a whiff of a smile, something to aspire to. Fat 'n' happy, thin 'n' grim, as my Nanna never said.

PHB are backbackBACK and I am ackackACK in case they have not stepped off their jaunty, low-slung bus and are still making the music they like as if that was - cuh - enough. Listen, Phenomenal Handclap Band, it is up to you to second guess we butterflies, and if you flop onto the wrong musical stamen we will CURSE YOU on our Twitterz and we will NOT EVEN TUMBLR YOUR VIDEO and you will rue your effortless, haltertopped rollerdisco songs. ‘Unknown Faces At Father James Park’ is a sweetly poppy drifty funk jam but I feel like it would be gooder if there was some calm replicant to counter all the funk. What I am saying here is that I would like Phenomenal Handclap Band more if their album was produced by Science Officer Ash.

This is what I hear when I listen to Fleet Foxes and it’s not their fault, but I do know which I prefer. The thing is, I get a funny feeling in my tummy and it is not like the full feeling or the frisk, it is altogether queasier. It puts me in mind of that bit in Spaced where Twist asks Brian in a sing-song, ‘Have you washed your penis?’ as if it were ‘Have you bought the milk?’. Also because I think that is what I would die to say to the sort of coves who like this band; too grubby by half and a dreamcatcher swaying off their Prius keyring (with another in the bloody bedroom). Which is not to say that ‘The Shrine’ is not lovely, because oh it’s lovely, it’s so lovely you could Lennie it. And the accompanying video is, you know, beautiful.

Look at all these young attractive bastards having fun. Where’s my fun?

Wendy is on Twitter, here. If you would like to hear some other actually good Christmas songs, you could do a lot worse than Sounds Familyre's free annual mixtape, which is on the internet here.

"Dying now would be bad"