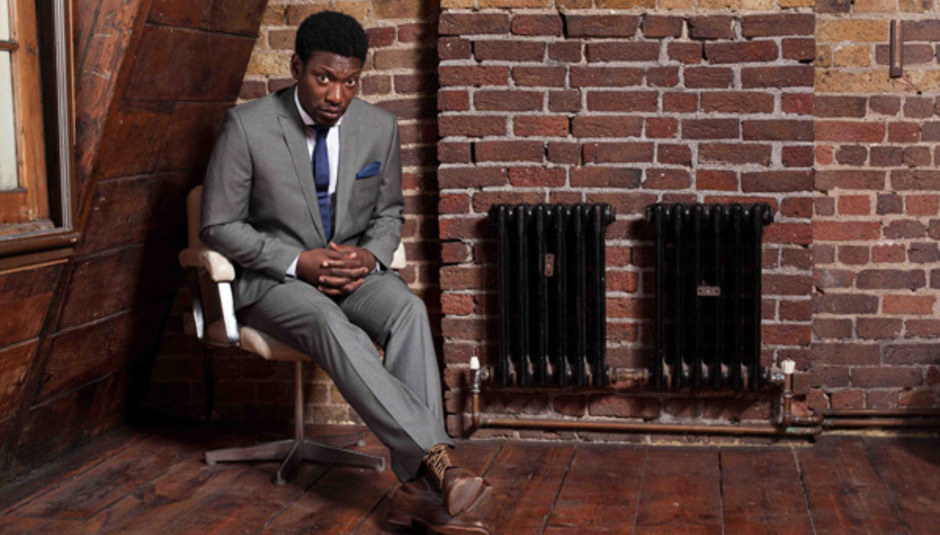 Though Rodney’s voice has the confidence of someone who has been around the block enough times to wear grooves in the stones, he never sounds laden. Less weary elder statesman then, than wise fresh punk, in fact Roots seems nestled into an easy seam where he sounds so supremely comfortable with himself - and so untrammelled by doubt – he can let the lines sing. And my, can he write, with ‘meagre minds quick to be hypnotised, fighting for monetary crumbs and a feeble prize’ looking just like the very thing you should print off in 200pt Helvetica, ready to be thrust into the face of the (frankly deaf, if not actively racist) knobjockey pundits who claim nobody makes political music anymore. I’m basically a little bit in love with him, I even think he can get away with the wubbery of the backing track despite websites such as this one meaning the whole thing has long, long jumped the shark. An august British rapper, if ever there was one.

In case you were quibbling at the ‘pastoral’ in the press spaff (and I shan’t deny it rankled), here are Fixers with cicadas and outside atmoss in their intro, just to prove it. ‘He got the fever and I got the juice,’ they sing on their lightly psychedelic excursion, and I won’t deny how ‘Majesties Ranch’ has a little of the montages about it - which is why you can expect to hear this soundtracking fit people’s achievements while you rest your hands upon your carb-rigid belly, a vile mixture of guilt and horror infecting every pore. As grand as its title but a little too sickly for second helpings, Fixers are quite Christmas but you wouldn’t want it every day, would you.

Willy Moon - ‘I Wanna Be Your Man’ (LuvLuvLuv)

Willy Moon’s single makes the hairs on my neck go perky, he is doing something here that is half Spartan hip-hop and half rockabilly and nothing like so dread as the recipe. But you see, after three years and over 300,000 words it is rare to listen to something and feel arrested - even in one’s curled little toe - so even though I am not sure if it is safe to like Moon, like him I do. Also, if it is true that his simple, charmingly effective videothing cost just one hundred and fifty snickers I shall be taking it into the Rock School and banging on about it for a whole lesson.

Now we are safely nestled in the re-appropriation corner, here comes Little Roy with his frankly delightful cover of ‘Lithium’. And how I wish I could take the 17 year old me into the bogs at The Manor public house, because I would like to tell it, as it flips a cigarette into its mouth with all the élan of a toddler at a crapshoot, that one day, it won’t matter, there will be – oh yes! - better outfits than this one, fewer girls steaming tears in the last stall, actual boys, more freedom than I know what to do with. And that despite that furious, teenaged bet with my mother, I will one day own a real ladies handbag, if not fifty. And, a Nirvana cover version in a reggae style will be just fine.

Sometimes I wonder how songs like this get made. I mean, Eugene has enough swagger for a hundred Jets, the polished threads of a miscast Marlon. And I am not saying this is not an exciting, unusual pop song, because it is very definitely a gathering of over a hundred bits of songs at which amplified music is played; but it is causing me serious distress, because these things have no right to congregate. I mean, there are doom-twang basslines, loudhailer vocals, Oi-Oi-shouty backing vox, brilliantly odd chicken-necking dancers, and lyrics about how ‘the subtext is dire, but the sex is not on fire’. The only thing bunking off is that melody line, because ah, it is not one. It is missing. It has gone for a Burton with a Bermuda triangle and a cut-up Welsh guitarist. What a week for strange confections this is.

Ben Howard is very likely a charming cove, I have no reason to think any different. And doubtless he has met with success, as his peculiar brand of endless, lady-provoked torment makes all the grown-ups throw his album in the trolley as if it were a dented tin of truffles; all accessible luxury. Still, there is something I find shiveringly creepy about how he is presented – picks lovingly shot from an angle that puts his strings and fingertips on the highest of plinths; the spotlit, water-suspended air of a slow pour in an American beer commercial; the vague air of graveyard love about lyrics such as ‘the lustre of your bones’. And over it all, Ben Howard’s yawning chasm of man-ache imbuing every line with a resonance I cannot help feeling it does not deserve, the horrifying torment of all his many syllables. Of course, no one ever had any right to claim one’s person sadness were any more valid than another. So let’s move on, it is too cold for standstill philosophy.

Hookworms take a while to warm up and I am prodding the boost button, urging their cosy Stereolab Hammond into being; hurry up Hookworms, oho, get a wriggle on. But when they are ready, they do a fine job of catapulting themselves out of the tray I had previously marked Deerhunter B-side Filler Album Track Things in my best hand, making a mockery of THE SYSTEM. The main one out of Hookworms does an E Smith vocal shout - without the descending, drop-off whines - and there is a gathering pace that in the end sort of justifies the slow intro. There is also plainness, a sense that if you keep repeating the elements of your song hard and long enough, eventually it will make an anguished sort of sense. I like 'Teen Dreams' very well.

The Lovely Eggs - ‘Allergies’ (Too Pure)

Sickening, horrid and more transgressively headline-baiting than a house price filming himself having non-consensual sex with a swan using the queen’s iPhone, terrifying powerviolence twopiece The Lovely Eggs are everything that is wrong with this country.


Wendy is on Twitter, here. This week she managed to sit next to a professional footballer on an aeroplane, promptly proceeded to tell him some amazing (not amazing) insights about his very own team, and then tell jokes (not jokes) about FlyBe’s woeful online booking portal. All without not really quite realising, quite who he were. Which is all rather dread, because basically she wants to be Lynne Truss.