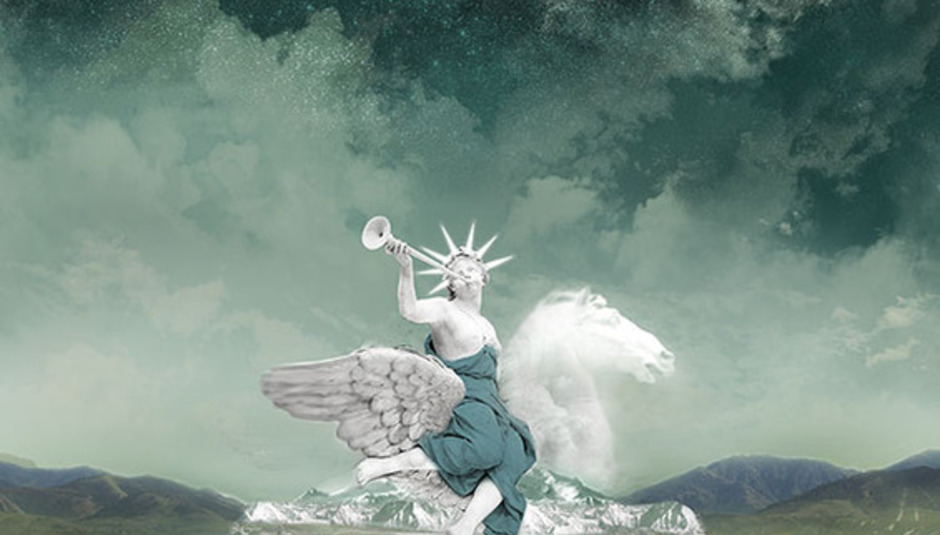 So then, later this week, while you’re tucked up in bed, starting threads about seminal powerviolence records or whatever you do at 3am on a Thursday morning, it is worth considering DiS, who will be embarking upon a bleary-eyed pilgrimage to England’s capital, via Megabus. Yes! Fortunately, the second leg of this journey reaches literally aircraft hanger-sized proportions, encompassing the Channel Tunnel, eventual arrival at Trans Musicales’ big aircraft hanger venue, and some sort of guest reception where, I am assured, there awaits a hearty combination of wine, warm hospitality and fancy local cheese. Huzzah! Now, 'check this out', please:

What those good-looking people are getting at, in their own, kooky way, is that Trans Musicales - or if you like, Les Trans - is a genre-spanning and unpindownable thing of considerable greatness. Especially accepting that its attendance occupies roughly the same mid-sized ball park as that of, say, Latitude, its persistence in booking relatively obscure artists is mighty impressive. And yet, of everything that jumps out at you, as you cast a damp-with-joy eye over this fit-to-burst bill, the most pressing is that nothing seems particularly eager to jump out at you. But worry not - the treasures are not so much buried as bubbling excitedly beneath the surface, waiting to break water.

Although the relative big guns have been faintly but surely buzzing over the last year or more - the vicious infectiousness of Factory Floor, the weirdly pleasant, Drake-endorsed wobblies of SBTRKT, the nomenclatural double-whammy of Orlando Higgingbottom’s totally awesome Totally Enormous Extinct Dinosaurs - the fact is the heft of the lineup concerns itself mainly with pulling together uprising, curious strands of indie, hip-hop and electronica, which I think is sufficiently vague to encompass pretty much every base going. And yet, as one might expect of a festival held in France’s Rennes, whose diligent curator Jean-Louis Brossard can only be considered some sort of modern day wonderhouse, there’s also a notable emphasis on the accelerating output of the country itself, fairly ambitiously demonstrating the festival’s aspirations. That is, aspirations of putting the sword to rampant stereotypes - concerning, borderline-novelty dance aside, the country’s prevailing musical naffness - which are almost entirely fabricated by peculiar British journalists, thanks.

That said, it’s perhaps Kennington’s Breton that best embody the quintessential Transmusicians - aptly monikered torchbearers for a festival held in Brittany, no? The Hauschka and These New Puritans-collaborating sound/pop/video artists appear to be successfully unicycling the shaky, unconquerable contours of a bit of everything, really, if current evidence holds true. Try Raekwon-esque single 'Edward the Confessor' for a blaring siren of darkly identifiable pop.

“Are you hiding behind your swagger?” queried Londoner Obari Ejimiwe, aka Ghostpoet, at this year's Big Chill, before setting off on one of his likably righteous ambles, swerving from cheeky observations to Britticised Jeffrey Lewis-isms along the lines of 'Us Against Whatever''s “I love you like chicken soup, biscuits and lemonade / But sometimes my heart’s deaf, it must need a hearing aid”. Far from sinking into the lethargic groove of record, Ghostpoet live is a proper spectacle, confidently flinging fiddly vocal-contortions around a faraday cage of streaming lights. Ought not be missed.

Shabazz Palaces, meanwhile - Sub Pop’s hip-hop answer to Nirvana or something - are (dis)content to tackle wider issues, not so much eschewing bells and whistles as crushing them ’neath a steel-toecapped boot. Swish debut album proper Black Up steadily erupts with the kind of molten, industrial greys that bear wisdom of some pretty horrifically dank sewers lurking beneath the music biz' topography. Hardly surprising - like our best mate MF DOOM before, the announcement of the Palaces as a hot new thang actually heralds a sly return to the rap game, namely that of Grammy-sporting former Digable Planet, Ishmael “Butterfly” Butler.

And yeah, this lot should also excite you, purely on account of their producing exceedingly and consistently wonderful music: Zomby, Colin Stetson, Alexander Tucker, 24-year-old Michael Kiwanuka - who sings like a wise old soul preparing calmly to drown dead in a vat of honey - and good Jagjaguwar eggs Wolf People.

So what remains is a whole bunch of French bands who, on the Transmusicales CD compilation, each had a song I found rather easy on the ear. Obviously the festival programme is just full of a load of French so I proffer little beyond wanky Ents24-style snippets to accompany these (largely spectacular) band names:

Stuck in the Sound - indie-pop with reams of energetic frenzy to spare, spill

Les Spadassins - grumbler, en francais, almost E. Smith-esque - though sadly one does not imagine he is on about wanking cats to feed dogs or anything

Bumpkin Island - quiet, Deerhoof-centric purveyors of raggedly homespun psychedlic-folk - could scarcely fail to win you and your fringed companion over

And there we go. Missed anything? Should we have further dwelled on Canadian yelper Maylee Todd’s entirely exceptional promo garb? Will Jesus Christ Fashion Barbe, Black Ham or indeed blossoming German house producer Fukkk Offf in fact be the toast of 2012’s critical ceremonies, making a mockery of my inadequate and safe suggestions? On all counts: possibly, yeah. And that’s why you ought to examine the full line-up here, or better yet, check up on last year’s and simply gawp at how ruddy marvelously that old lot turned out. So yeah, like, see me there then? YEAH you will.