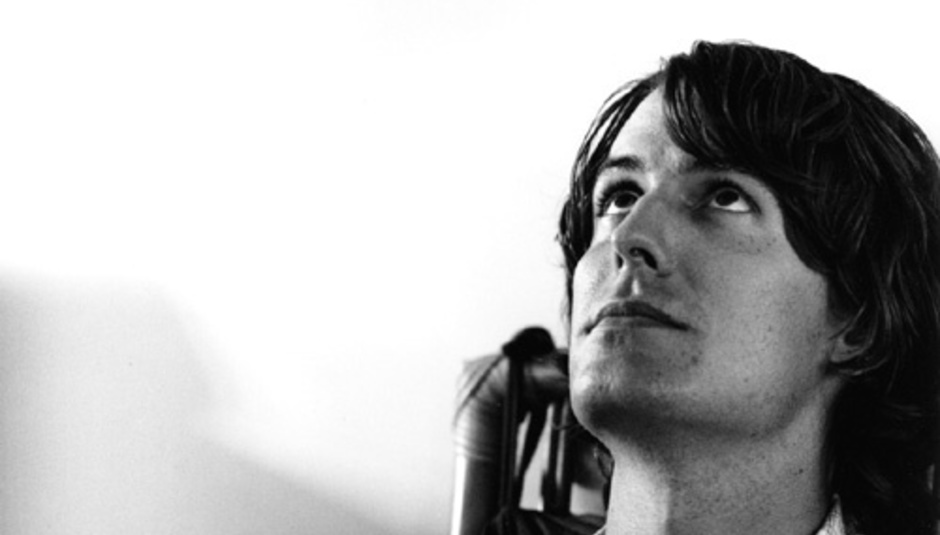 Single of the week!

Only someone with a voice as neatly pressed as Stephen Malkmus could get away with a refrain of ‘What the senator wants is a blowjob’, and not have it feel like a child trying out ‘wanker’ for size at a massed family luncheon. And this is a fine song about the inevitable disaffection that results when political participation feels like ‘baby steps up Everest’ and politicians feel it necessary to prove just how very normal they are. In the video, Jack Black makes like Joe The Plumber before turning his cattle poke on some young people at a party and getting a cokey nosebleed in the bath. Jaunty and barbed, allatonce.

Fanzine’s ‘Roman Holiday’ is in many ways a slight thing, a wafer when what you really fancy is a nice, fat granary bap. But sometimes we must award praise according to how successfully a song’s ambitions are nailed - and as Fanzine seem intent on bringing us a largely instrumental romp in the manner of all the lively ones off of Bandwagonesque (not least ‘Pet Rock’), I am happy. I should also point out: what you are getting here is not so much ‘a band that sounds like Teenage Fanclub’ as ‘a band that sounds like Teenage Fanclub but crucially, also as guileless’. Excellent.

Writing that a popstar is ‘an extraordinary man’ and that he ‘doesn’t look like anyone you know, doesn’t think like anyone you know, and doesn’t make music like anyone you know’ definitely claims the red rosette for this week’s vilest hyperbole. Not least because this dread collusion of words is designed to spike our curiosity and – curses, damn - it worked. So like any awful person who has free records sent to them so they can be awful about them; and upon reading the press spaff, I determined to prove that sentence wrong. In the end, ‘Bam Bam’ turns out to resemble no one so much as Mika, and it is dripping in bombast, crass as a honk from a clown’s horn, thrilled with its own glee. Of course, I needn’t have looked further but I could not help myself, which is why I then watched a video interview in which KC explains that “What I wanted to do was take the best parts of each different genre, and put it all into one pot. And then, ah, cook that pot.” He’s quite posh, and in the video (sorry, Autumn de Wilde film), he is wearing Jareth trousers.

A melodic house record that does not trouble itself with flimflam or gewgaws, ‘Connected’ beams along without feeling the need to tweet pictures of itself having a more amazing time than you or trim its manbrows. Considering the quasi-parodic levels of brash noise, manicured soundwaves and airless compression around these days, something done this well and so simply almost makes me want to unbolt the door. BAK2BASSIX, or something.

A certain autumnal grandeur informs ‘Old Statues’, which is a bit ‘Your Protector’ and a bit Miles Kane Does The Sixties - though thankfully with none of the latter’s attendant cringe. You can’t put it on a plinth and worship it because so much of This Sort Of Thing already exists - although I am experiencing a nagging sort of irk that the reason I find it hard to appreciate autumnal rock like this has more to do with the sort of long-haired drears who recommend it, than the music itself. In any event and beyond the nonsense, 'Old Statues' is very pleasant.

‘In My Head’ is indebted to Weezer, with its fat-fingered riffs, gurning chorus and overall air of the best kind of doofus-penned pop songs; harmless, a bit daft and very amiable. Every time a song like this comes along I am surprised at how not-awful I find it, but ‘In My Head’ just wants to have fun - so why am I giving it rules about which cups to drink out of and pestering it to wash its hands? For a genre that is known for wearing ripped plimsoles and plaid-back shirts, we sure are uptight. Don’t be uptight, everybody.

Not all songs need shake your hand like a Dad intent on communicating how little he likes your paws upon his princess, which is why Dark Captain’s accomplished, intricate and cashmere-soft shuffle pop does not so much crush as stroke. ‘Right Way Round’ - just like the delightful ‘Submarines’ before it - has a breezy air not unlike that employed by Tunng. And you should definitely not dismiss its breathy vocals just because the genre with which breathy vocals are associated has now become a bit yesterday.

I will not deny there are clichés here that could do with rigorous hob-nail booting - but if, like me, you find yourself in the mood for some street parlance delivered ridiculously fast over wobble bass, with the addition of some judicious orchestral strings, you could do a lot worse than ‘Laters Later’. Which I am saying out loud in my best Queen’s, just to embarrass Inja. You know, as I sing along to records such as this in the comfort of my armchair - Tertius quill-fiddling in the parlour; Parthenia chastising cook; Sophronia lying indolently by the hearth; I do wonder if there will ever come a day when a middle class twit like me will be able to make a serious plea for someone to make an entire album of classically-infused UK hip-hop, without sounding like I appreciate the genre purely for its gimmicks. Also, his hoodie is really nice.

Guided By Voices - ‘Doughnut For A Snowman’ (Fire Records)

Guided By Voices are one of those bands who inspire a Manics sort of fervour, but their lo-fi whinery never happened to me. There is still time, which is why I put my ear very close to the speakers and picked out ‘Starts off the day, with a Krispy Kreme doughnut as sweet as life can get’. And why I was provoked to think, if life can only get as sweet as the vile plasticated saccharine of those epicurean abominations, we are all done for. Unless Guided By Voices mean that a snowman’s life is ultimately doomed to only ever be as happy as pretend happy, plastic-happy - and therefore not truly happy at all, sort of empty - well, in that case, I do see, good observation Guided By Voices, very clever.

Wendy is on Twitter, here. This week she is going to watch Norwich get murdered by Abu Dhabi County but her favoured companion has said she cannot wear a scarf of blue, white, yellow and green because APPARENTLY wearing the colours of two opposing teams is not what footer is all about. PFFFF.