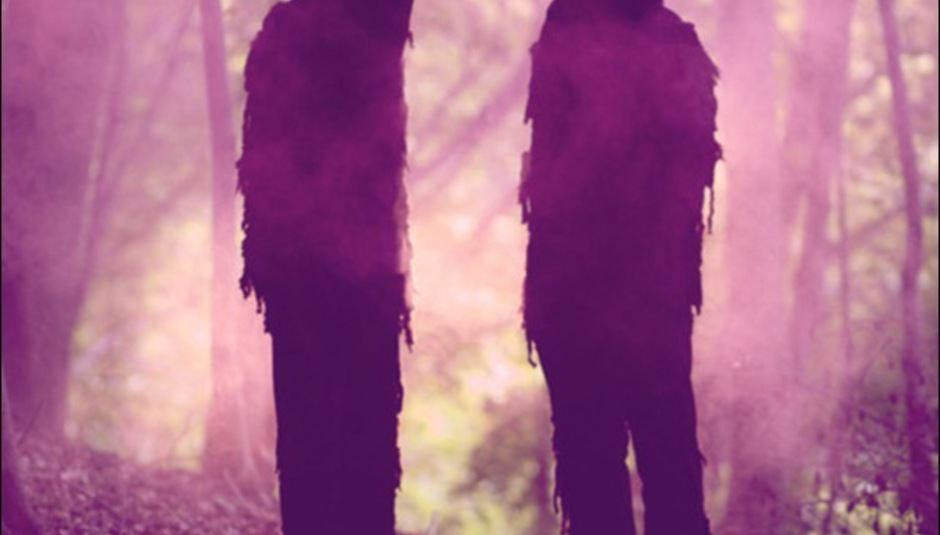 The Revival Hour - ‘Hold Back’ (Antiphon)

Never one to let silly things like release dates get in the way of an expansive rant, The Revival Hour released their peach of a single in the week I forwent reviewing music for eating cheese in County Cork. And then someone nice did the decent thing and sent me one of those marvellous emails, where they just must tell you about a song they cannot stuff into their ears enough times. Which I love for their sheer, naïve, toddler-like joy; all that LOOK AT THE TRAIN MUMMY just more heartening evidence of how music can still make children of all of us.

So, here is ‘Hold Back’, with its bold first line about how DM Stith is the ‘loneliest climber of them all’, and here are the gospel choir and piano lines scaling the cliff face with him; nobody look down. And it is just such a triumph, a song with the desperate air of a nightmare chase sequence, a black ball of sharp-toothed hell nipping at his ankles, a pained falsetto that (for once) earns every glassy top note it strikes. But Stith hasn’t got any fight left. ‘I have no reasons for carrying on,’ he wails, doing that most daring of things and halting. So he’s about to drown in it, we watch in horror, and this is still one of the most helpful, beautiful singles I heard all year. Buy here.

Incongruity is one of my favourite things in music, which is why I count ‘Si Si Je Suis Un Rock Star’ among one of pop’s loftier achievements, and regularly put on 'The Frog Chorus' if I feel a bit rum. Mr Dan Haywood therefore knows what he is doing, especially given that he sounds like Mike Skinner would, had he spent his youth drowning in hoe-downed psychedelia and ignored the musical landscape as if his wrongly-topped pizza delivery depended upon it. ‘John’s Shoes’ begins with a screech, and as it goes on you are entirely entitled to get into a mild snit about how boring 'the charts' are, and rage about why we must insist on a divide, rule and conquer approach to the coverage of music - this is for you, younglings, but this, here is for the grown-ups' table. By all of which I mean, this is a judiciously recorded, barreling pop song about finding it hard to pick up your feet, that manages to harness histrionic southern-fried strings, and no small amount of slink – grinning like a Cheshire all the while.

Sometimes I long for a bit of mystery; so often when you look into the gaping maw that is indie, four ordinary dudes in ordinary jeans stare back - apologetic to the point of absurdity. So it is not a medium where cocks sway like Grandfather pendulums - unless you are Elbow, and they're too pissed and ruddy-faced to do anything about it. But it would be nice - especially when you alight upon a band like Breton – to snatch a bit of electronic music’s blessed anonymity, because I have seen too many indie video painfaces; they can’t be unseen. Nevertheless it would be plain rude of me not to point out that ‘Edward The Confessor’ is genuinely refreshing; a mess of ragged and industrially mangled keyboards tangled up with a Tom Vek vocal, that has enough urgency to require an internet prescription. Delightfully unlike anything else in this week’s pile, ‘Edward The Confessor’ is ackfing brilliant even when I saw that Breton were just blokes - just four blokes, standing in front of a black and white video camera, asking it to love them.

Her off of SBTRKT’s ‘Nervous’ will no doubt have to put up with some divvy ringfencing and boxifying along the lines of her being 2012’s answer to Katy B, before some ignorant nitwit crawls yawningly and predictably into my ear about her not even writing her own material, even though they learned said bitchy snippet at a Two Door Cinema Club album playback. And you would be surprised how many people actually say this sort of thing, actually to me - an actual woman; either because they think it is interesting, or because they believe such thoughts come from a good, earnest ‘real’ place where proper musicians can play all the notes because that is the point of music and no one can smell this fetid, pernicious dripdripdrippery from a ruddy mile off. I will look forward to looking like I could give a rat’s tit about pop provenance before making my excuses and listening to ‘Strangest Feeling’. Which is quite good, even though I want to put a bomb under its arse and ramp all its elements up high - especially the distorted bass - if only to drown out the idiots.

This week's bored young things are Bos Angeles, whose squally fuzz about aimlessly, stretching weeks puts me in mind of dawdling in Boots and thinking it might be a good idea to nick a tester. The thing that gets me, right, is the lack of ambition. When you could pilfer Dior, why would you settle for Collection 2000?

You see, I listen to the vocals on this and it puts me in mind of overdone eyeliner, enormous hair and spandex-clad, spindle legs, or ladies with no nice cerise two-pieces in their wardrobe. ‘Angelo’ also has a fearsomely slow rapping section with enemy-to-spelling Mz’Gorjis, which sort of makes me wince. It’s not happening.

Darren Hayman - ‘I Taught You How To Dance’ EP (Fortuna POP!)

About once a month I get an email about a.n.other indie band who are OH MY GOD going to release A SINGLE FOR EVERY WEEK OF THE YEAR because this is DEFINITELY INTERESTING and would almost never provoke a person to say BUT HAVE YOU ACTUALLY GOT 52 AMAZING SINGLES or are you JUST OVER-EXCITED ABOUT BEING ABOUT TO WRITE ‘A SINGLE FOR EVERY WEEK OF THE YEAR!!!’ IN YOUR PRESS RELEASE because might I say HAVING LISTENED TO TEN OF YOUR EFFORTS, THAT IS MY (respectful) GUESS. Darren Hayman is not one of these people, and it is sort of disgusting how frequently he strikes the centre of the board without even sneaking his feet over the oche while everyone sips their ale or tries to chat up the barmaid. ‘I Taught You How To Dance’ is another finely-painted miniature which makes you wonder if Hayman is drowning in melancholy observation like it were a lead duvet. I hope not.

Has SoundCloud Changed The Way We Listen To Music? would make for a dread thread, which is why I do not frequent boards or forums and instead choose to shout, single-handedly into the void. But I do ask the question semi-serious, if only because I was listening to 'What's There' and was about to switch off, not-for-me, when I saw there was a ‘big bit’ coming up. And so, attracted by a plump waveform, I let it play. Which is to say, I am not sure if it is a good thing to know what is coming; music should be a blindfold endeavour with you unsure if it is a cream-topped strawberry or something far less savoury being waved about under your nose. This, however, is the sort of jam which provokes people to write ‘DEEP, man’ underneath it. Comments! Why must you insist on spoiling everything.

Despite the swear-jarry name, ‘Winter Fog’ is ridiculously pretty, the sort of sugary and plaintive electronic excursion you should listen to on a wintry jaunt to work. Granted, it might not entirely distract you from the aching chasm that is your career, but then short of a year-long Morrisby, conducted by a mecha Anthony Clare, little will.

Monument Valley - ‘Round & Round’ (Tritone/PIAS)

It is a bit of a shame that this song does not amuse me half so much as the demented Pans People dance routine that accompanies it.

In Photos: Gogol Bordello @ The Elect...

"As they say on The League Of Gentlem...