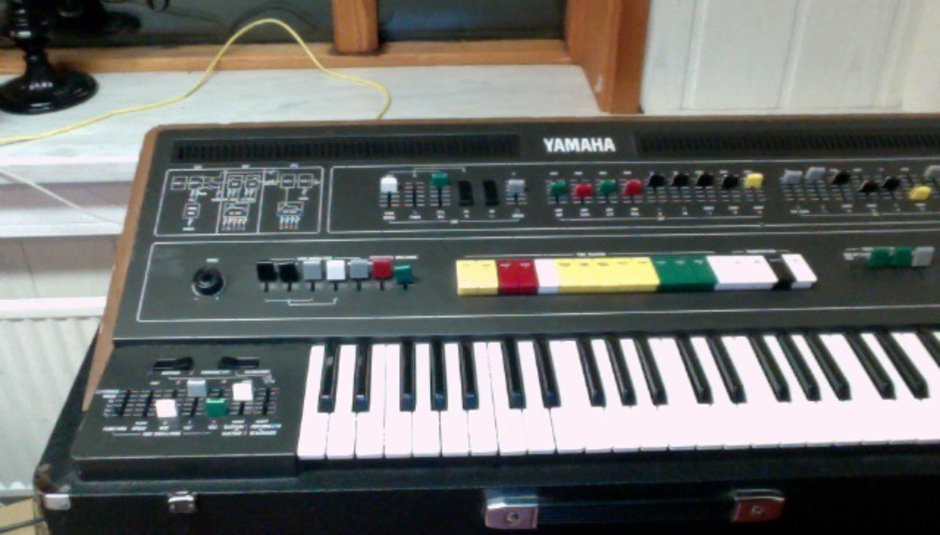 All week this week on DiS Apparat Organ Quartet kick off a new 'Planet Gear' irregular feature on DiS, in which we ask musicians to get a bit geeky and talk us through the equipment that makes the magic happen...

"This is the CS-50, the crown jewel of my Yamaha collection. Yamaha is a brand that has always been with me. When I was a kid I was perplexed by the idea that the same company that produced my portasound keyboard, my clarinet and student’s saxophone, also produced motorcycles. I couldn’t help but think that they were some kind of a musical vehicle.

The CS-50 is the predecessor to the mighty CS-80. I’d been looking at this synth on Ebay every once in a while, daydreaming about it but not really being able to afford it. Then I went to lunch with some mates from work and we went to this place called Hornið (The Corner), a classic, old restaurant in downtown Reykjavík. It was the first restaurant to serve pizza in Iceland. They started out in the 70’s long before Icelanders even knew what pizza was (- later we got all the major franchises: Pizza Hut, Domino’s, Jon Bakan). The head server – an old neighbour of mine and fellow musician – comes up to me and asks: “Hey, are you still in that band? I have a keyboard in the trunk of my car that you might like.” He’d been clearing out of his garage and was going to throw this gem of synth away! Fortunately he met me before he made it to the garbage dump. He gave me the synth but refused to accept any payment for it. I’ve been in love with this keyboard ever since. It has some defects - like every once in while a note will be slightly out of tune - but not in a bad way. It's the right kind of out of tune. Every time I play this synth, I become hungry because it reminds me of pizza."