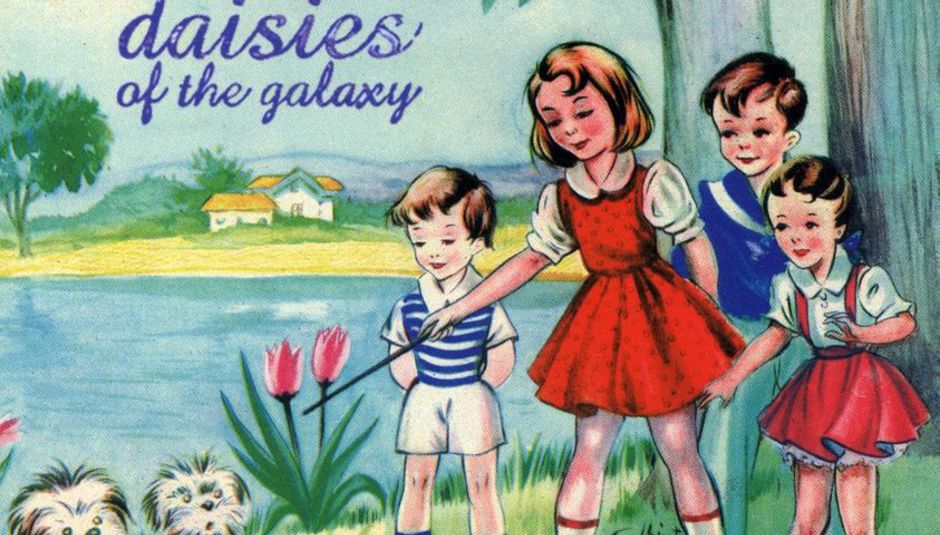 With a nod to Mark Oliver Everett’s, AKA E, AKA Eels book Things the Grandchildren Should Know - less an autobiography, more a chronicle of woe and redemption consisting of heartbreaking, if possibly apocryphal, tales – here follows a personal story about my first real encounter with his music.

When I was 18, my flatmate lent me a copy of Daisies of the Galaxy (in 2004 he was still, understandably, unwilling to part with Blinking Lights and Other Revelations), with the solemn caveat that “if you don’t like this, we can no longer be friends.” I was already familiar with the old single ‘Mr. E’s Beautiful Blues’, but to hear a full album of even better similarly-veined tracks caused me to immediately realise my folly in previously dismissing them as a band with a half-decent song that Virgin Radio used to play. I’d fallen in love with this record, and was ecstatic to discover that in a matter of weeks they would be playing in not-too-far-away Manchester, and that my flatmate, brilliant friend that he is, had a spare ticket.

“That’s amazing; I’d love to come with you. How much was it? I’ll give you face value for it, obviously.”
“Great, I’m sure there won’t be any higher bids than that on it. On eBay.”

I begged and pleaded with him, sacrificing what little dignity I had accrued in my short time at university. I threatened to make Alex’s life a living hell, and when he went home for the weekend I poured water into his tub of instant mashed potato. I bid on eBay, broke my promise to myself and my parents that I wouldn’t make any silly purchases and went way above face value. I never did get the ticket, instead losing to some guy willing to pay almost twice what the ticket was worth. To me though that ticket, for a few weeks anyway, was priceless.

Daisies of the Galaxy wasn’t just a pop album, it had redefined to me just what pop music could be. Previously I had thought “pop” meant the cheesy godawful shit they churned out on Radio 1: S Club 7, Delta Goodrem... Daniel Bedingfield! But then this sounded like a pop record, yet it quite obviously wasn’t. There were songs gorgeous in the simplicity of their structure yet dripping with sparkling droplets of beauty embodied by keys, synths, chimes and the occasional guitar. Writing this now it sounds like nothing in the least bit spectacular, but I still can’t listen to any of those old-fashioned dream pop songs destined never to touch a chart or sell a platinum record without thinking “this sounds a bit like Eels.”

My gushing recollections of Daisies may be hazy and clouded, but I can say with absolute clarity that I had never before heard an album open with a New Orleans funeral march as the opener ‘Grace Kelly Blues’ did. With the benefit of hindsight, this was probably a homage to E’s idol Tom Waits, but it still was, and is, a daring move for an almost-twee folk-pop record. Famously, Everett claimed that “if Electro-Shock Blues was the phone call in the middle of the night that the world doesn't want to answer, then Daisies of the Galaxy is the hotel wake-up call that says your lovely breakfast is ready.” He was right too... about an album that opens with a funeral march!

There was also a sense of defencelessness about Everett’s performance on record that seemed to resonate with the shy, geeky fresher at uni. I’d heard that kind of vulnerability before, in the likes of Thom Yorke and Neil Young, but they had a musical ability that was from another plane, beyond the likes of me; E on the other hand had no such virtuosity, and yet his ability to create such beautiful music from what was, on the face of it, very little, made him all the more open to empathy.

Speaking of empathy... It’s probably a little churlish to talk of it here, but again let me defend my naiveté. Before falling completely in love with the rest of Eels’ back catalogue and before many hitherto wasted hours of reading articles, interviews and the aforementioned autobiography, I was just a casual fan with only a passing interest in the man behind the music, whose personal tragedies have been well documented elsewhere.

For someone like me, whose journey with Eels opens with this bright, affirming record, such sadness behind it was utterly inconceivable, and indeed even now is only really evident when you view it as a companion piece to Electro-Shock Blues. Instead the 18 year-old listener knew exactly what the singer meant by ‘It’s a motherfucker, getting through a Sunday, talking to the walls, just me again’ as he cried along over some girl he had fallen laughably heavily for too quickly (hey shut up, you weren’t always too cool to do that either). And you know, ‘I’ll pick some daisies from the flower bed, of the Galaxy theatre while you clear your head was a line she would just swoon over, right?

Thanks to my own short-sightedness, Daisies of the Galaxy was what I thought emo music was, and I loved it: E was just another lonely, neurotic guy like me, prone to bouts of self-pity! OK so he wasn’t, and it would be a struggle to align this record within the currently perceived boundaries of emo, but for me that’s part of the its enduring appeal. The album had such a great personal meaning to me, and yet I had ultimately managed to be completely wrong about it; far from being disappointed by this revelation, I was happy with the entirely unjustified feeling that I was part of something bigger, more substantial than I had initially thought.

A girl said to me the other night that if you don’t listen to an album with a willingness to admit defects in something you genuinely like then you’re not a critic, but a showbiz correspondent. Daisies of the Galaxy is an album far too ingrained in my personal life as a music fan, and as such there’s no way I can give it an objective assessment and argue that it’s the best album of 2000. It probably isn’t anywhere near the level of Kid A or Since I Left You, and I would be in the minority if I even tried to claim it was the best Eels album. I will therefore remove my critic’s hat (like I ever had it on in this piece) when I say that this was my personal favourite album of 2000... and I’ve still never seen them live.