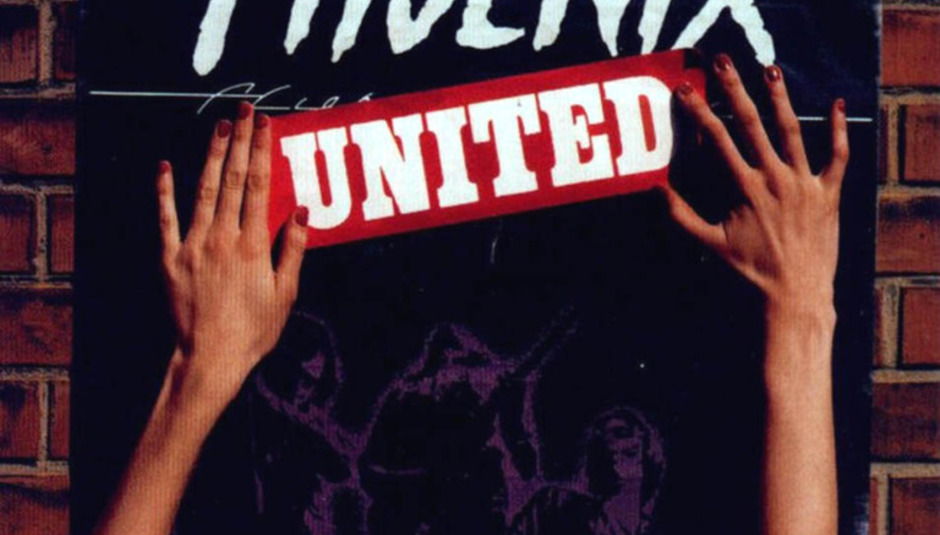 Ah, god bless the French. If it weren't for them literally not giving a stuff about notions of 'cool', every other early 2000s' vaguely mainstream band that wasn't Westlife (RIP) would probably have been so worried about not looking like tits that we'd probably still be awash in poseur guitar gubbins. The French have managed to turn 'what sounds good' into the ultimate barometer of cool, and nobody epitomises that more than Phoenix.

At the same time, god bless the year 2000. The internet was still in its infancy, people still bought whole albums, and word spread at a rate that meant trends could catch on but not implode before a band even released its first single. If it weren't for those three particular circumstances, it's possible Phoenix might never have caught on; if United appeared for the first time today, we'd maybe write it off much too soon as too laid-back, not flash-bang enough, not instant enough. And a huge part of United's joy is in how much of itself it reveals once you take the time to get to know it.

On a first listen it sounds like the 1980s' American pop/rock it's borrowing from, watered down a bit and with a sheen of electronica dabbed on it just to make it modern for the kidz. By the third listen you realise you already know all the words to 'If I Ever Feel Better' and 'Too Young'. Then you start looking forward to the 70s soul cheese of 'On Fire', followed by 'Embuscade's Bacharach-style strings, crunching guitars and a sax. Did nobody ever tell Phoenix that you just don't put a saxophone on record? And that you certainly don't combine it with electric guitar in the same song? Well, they probably did, and it's to absolutely everyone's benefit that they ignored this advice. Because if they hadn't we'd have likely forgotten that there's a reason these things are called guilty pleasures only because we're told we shouldn't like them, for fairly arbitrary reasons, but their general brilliance wins out anyway.

Of course, 11 years down the line we have the benefit of hindsight, knowing that continental music's biggest exports would no longer just be Stardust or Enrique Iglesias; that bands from Spanish troubadours Polock to fellow French pop/rock funksters Pony Pony Run Run and not forgetting all the Ed Banger lot (Justice, Uffie, etc) would wind up following in Phoenix's footsteps. It's easy to see in United the roots of what Phoenix would eventually become, the small glimmers that would culminate in Wolfgang Amadeus Phoenix. 'Embuscade' is the first sign of the band's love for a really good instrumental, resulting in 'Love Like A Sunset' on Wolfgang..., something that other bands often only resort to when they have to pad the album for time or give it some desperate sense of cohesion where there otherwise is none. With Phoenix, it's the whole centrepiece.

Meanwhile, the sheer bonkersness of 'Funky Squaredance' serves as a cheeky nod to Phoenix's roots, having risen from the ashes of a previous band started with Daft Punk. At almost ten minutes long, the marriage between electronica, hard guitars and lunatic pop sensibilities pointed to the way forward for both acts. Of course, less than a year after United's release Discovery proceeded to absolutely wallop the world with what dance pop could be. The two bands have always slightly fed off one another in this way, Phoenix's classic pop sensibilities bleeding into Daft Punk's club euphoria, and vice-versa. For what it's worth, this writer will always harbour deep-seated feelings of irrational jealousy towards anyone who managed to be at Phoenix's 2010 Madison Square Garden gig, avec Daft Punk, where 'Harder, Better, Faster, Stronger' joined 'If I Ever Feel Better' in a behemoth of amazing pop joy - proof alone that these songs still stand up.

United was ahead of its time in one key respect - it led the way for us to just stop caring about genres, about what's cool and what's not, and to just love the music anyway. It's music for music's sake. United perhaps isn't Phoenix's best album, but what it heralded was much-much bigger than that.