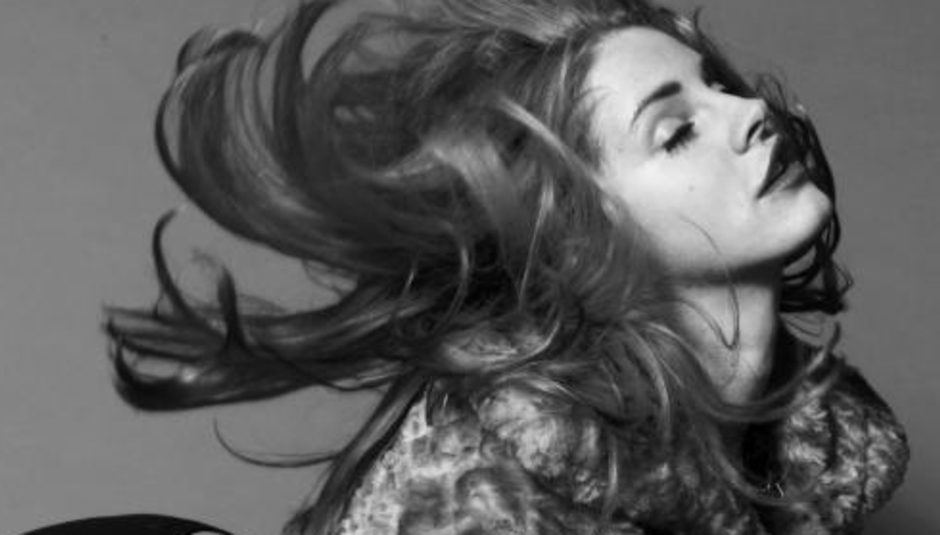 As conjecture over this woman’s appearance is pointless; and as only the most naïve would think this is a song about The Legend of Zelda: Skyward Sword, let us consider the spooky; and how a song so deceptively simple might capture this many hearts, so quickly. It’s definitely something to do with the state of things, and how proving yourself to your beloved can become a nasty business, the odd ‘I quite fancy you,’ via text just won’t cut it these days. Because I do find this particularly chilling; her, quite the dollface, singing about where being a dollface has got her, and how disastrously she picks ‘em.

You see, no one need be a genius nor to have been a tormented starlet to know they exist, and you needn’t even have lived in Hollywood to see how girls might fall from one sordid little picture to a whole, nasty reel. And to do it for love makes it all the worse; rather like girls out-sexying one another, it is a rum business no women profit from. Anyway. Above all the noise of the internet, ‘Video Games’ still works and is magical; I still have to listen on quiet because whenever I do I become convinced something absolutely terrible is about to crash through the window; it might as well be sung by Laura Palmer and be about the Bobs at the end of your bed. Either way, it is a brilliant, beautifully-executed pop song, a proper shivery, proper classic.

As I have had chance to rant before, the best thing about Connan Mockasin is that in order to play music that makes this much sense despite it being this peculiar, you need first to know how to play it straight. See, Connan could play you an ordinary song if he wanted, he could play it better and more proficiently than anyone out there with access to a satin shirt and a perilously low-slung guitar. That he chooses not to; that instead he wants you gasping for air and drowning in reverbed syncopation, and that he would rather sing in the same vocal range as a mosquito, should be supremely irritating. It isn’t, because he is marvellous. Also: nice t-shirt.

In a week with names as good as this one, Deptford Goth still steal the prize for Best Monica, it being as plain and amusing a name Ascot Sloane, Harrow Tarquin, Eastbourne Emo, or any other made-up member of a crap youth tribe. And while ‘No Man’ is not perfect (that last minute seems a little like the stretching of an idea), while its echoing chords continue to pulse, it’s a stately-paced and oddly affecting bit of autotune; proof that such technological fripperies need not result in tepid songwriting or an unruffled brow.

I will be happy when Thomas Mackenzie Bell is given the keys to Sheffield city, and not just because a man with his skills in a Goo t-shirt is pretty much my idea of male perfection. ‘Streets So Warm’ is beautifully done, a proper modern dub banger with an actual point that uses all its tricks and tips with admirable spareness.

Once they have got the bobwobwobbing out of the way, ‘Waveforms’ is quite the treat, with some close-harmonied, fuzzy keyboarded atmospherics that build like ladder treads with each satisfyingly beamy, chord progression. From ‘Storm’ to ‘Wor’ and now, with ‘Waveforms’, Django Django push my buttons so hard I almost want to tell them to play nice and quit their jabbing. But it’s an unconvincing sort of telling-off; though they’re not meant to, teachers do have favourites.

Aidan Moffat makes me go all melty, being a dour, unkempt bastard in a sea of underfed, bum-flashing and fiddly-coiffed modern men. And you know, people talk a lot of horse about covers, re-appropriation is just so thoroughly clever, well done you for your raised-eyebrow Britney re-version, how did you ever come up with it. But you also know; this is perfect. So it can still be done.

Childish Gambino has been compared to OFWGKTA, presumably because he too is concerned with writing songs about flocked wallpaper, Pam Ayres and quiche. The difference between him and them, however, appears to be that Gambino has decided to write records over beats as tinny as a fresher’s week pantry, rather than the admirably oxymoronic, dense-yet-glassy production Tyler has. I think this is what happens when major labels spy a trend but seem to miss the precise thing that made it exciting in the first place, also ‘Bonfire’ is tiresomely preoccupied with its wang in that a way that screams, in neon, ‘ineffectual lover’.

A sketchy little thing, ‘Canvey Island’ is in tone, pace and theme not entirely dissimilar to Michael Chapman’s glorious ‘Postcards From Scarborough’, even if Robert Rotifer sounds decidedly less tooty and clinically depressed. It is a song about a visit to a favoured seaside haunt, with all the breezy, windswept memories such places inspire, and with some particularly fine lyrics about ‘boxes of Maltesers’, ‘white-sock summers’ and girls in flat shoes. In the interests of transparency I should point out that I would take Cromer pier over Café Del Mar any day of the week, so I am predisposed to find this as charming as I do.

Nicely done, Asobi Seksu, nicely done. I’m not sure you quite get away with ‘Little House Of Savages’ (here) but strangely I do not hate you for trying.

Metronomy feat. Roxanne Clifford - ‘Everything Goes My Way’ (Because Music)

I’m not sure the whole of The English Riviera quite lives up to the dizzy heights of its showiest singles, but ‘Everything Goes My Way’ is a breezy swansong to landing on your feet romantically, which manages to sidestep the attendant smugness of the subject and not feel too much like filler.

Though the vocals on ‘The Bones You Break’ are a little too earnest for my tastes, it does have – and here’s a phrase I want to slap myself for writing - some nice finger-picking.

When I was younger and a modicum less foolish, I bought Guru’s Jazzmatazz because it had MC Solaar’s ‘Le Bien, Le Mal’ on it, which basically meant I was some sort of expert on French hip-hop. Also right, I had seen La Haine in the hactual cinema, and I knew all the actors’ names without looking and could spot where they had missed a swear in the subtitles - so I was definitely both conscious and worldly; and not at all a jumped up, newtown prig. I mention this because my synapses are working at the crassest level imaginable this morning; hearing SMOD and going ‘This is Fronch, remember when we thought we knew about Fronch hip-hop?’ (We was a bit of a dick.) (This, however, is quite pleasant.)

I have a grudging sort of respect for bands like Sons & Daughters - who, if nothing else, are unfettered by the flimsy winds of fashion. Even so, there are far too many black-nail-varnished-hands-dragged-along-decaying-brickwork and headless dolls in this video.

Ooo, lookit, Trophy Wife have gone all droney and epic. Not a bad videothing either, which should put you off chow mein slash maggots for life.

A re-release for Orlando Higginbottom, still hands-down pop music’s best-named pusher of buttons and programmer of melancholic disco dancefloors. When it originally came out and if you will forgive, I said it was “….the sort of bouncy-ball-basslined, sun-fading, melodic bit of delightful that could soundtrack any Summer Pash. While you're still on holiday it'll sound Just Right; all perfect, written-just-for-you positives. And when you come back to your grey, you'll see it for the pangy bit of sad it really is. Much like Grosvenor's 'Nitemoves', this is a bit of a triumph.” Guess what everybodies, I am more than happy to stand by my own actual pronouncements. ‘Garden’ is still lovely.

I don’t hactually like this, but I do like the name Ralph Pelleymounter. A name fit for a highwayman, that is.


Wendy is on twitter, here. Next week she is on holiday in County Cork so she leaves you in the inestimable hands of Jazz Monroe, who is under strict instructions to make a right hash of it. He won’t.

In Photos: Cage The Elephant @ Manche...