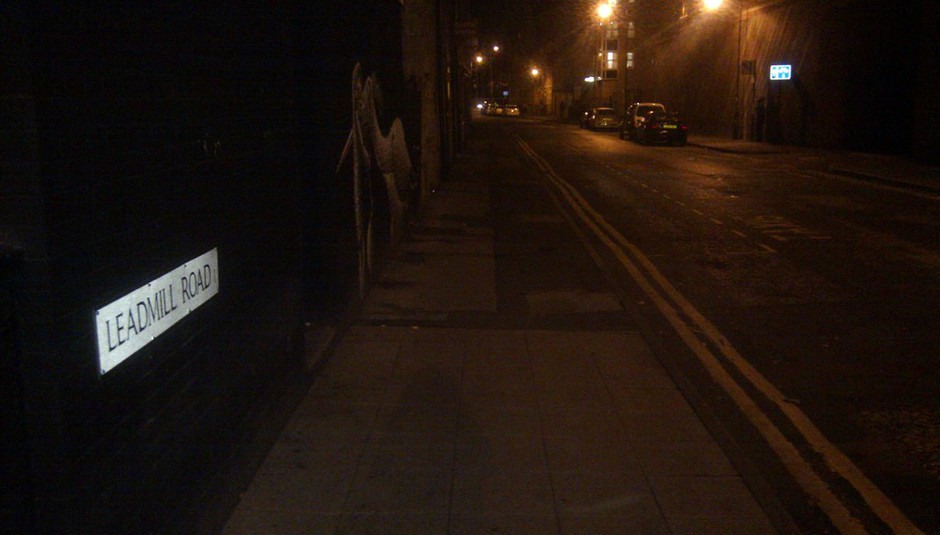 Everyone’s got their favourite music venue, whether it’s a grotty local pub, a swanky, poorly laid-out bar or a sprawling, sparse warehouse. Here in Sheffield, The Leadmill holds a special place in the hearts of many, and this month it’s celebrating. The former flour mill was named at a swanky London awards ceremony as the best live music venue of its size in the UK. The prize was presented at the Live UK Music Business Awards, and as an independent venue that’s been the setting for some of the city’s most historic gigs, it’s refreshing to see The Leadmill come out on top of a shortlist that included three venues owned by o2 and another owned by HMV.

It’s a place that’s easy to get nostalgic about. The Leadmill’s foundation in 1980 coincided neatly with the rise of the likes of The Human League and Cabaret Voltaire, cementing its cultural significance in Sheffield. For others, it’s simply the place where they first saw New Order, Oasis and, of course, Pulp (apparently Jarvis even wrote and directed the venue’s Christmas pantomime in 1982!). And you’ll see from the listings below that team Leadmill are still coming up with the goods, with British Sea Power, Mariachi el Bronx and Yuck all booked in for the near future, so why not celebrate with them?

Local stars of the future Hey Sholay also have reasons to be cheerful. Their latest track, 'Wishbone', made it on to BBC Radio 1's Introducing Playlist this week. You can download the track free from the band's Facebook page until Sunday, or check out the video below:

Leaving live music aside for a moment, there’s also plenty of local music to be consumed physically, and one release I can’t recommend enough is the debut EP by Algiers. You might have spotted this bearded duo lurking at the bottom of a previous column, but since then they’ve arranged for Four Priests to come out through Big Scary Monsters. The band play pop music stripped down to raw emotion, with riffs that will get your ears rattling, lyrics that will get your eyes tearing and drums that will get your heart racing. You can get Four Priests on iTunes now, but there’ll be a CD launch gig at The Great Gatsby on October 28th. To keep you amused until then, here's video for the superb ‘Uncover Me’:

On a freakier note, Blood Sport have a cassette coming out through The Audacious Art Experiment called Journal Nº4. The physical release will be celebrated with a gig at the Audacious Space on October 22nd, but you can already download the whole thing from the band’s Bandcamp, and pay what you like for the pleasure. What you’ll get is six tracks of afrobeat inspired noise, punkish fury and spazz-jazz complexity.

If you’re feeling a little altruistic, then some of Sheffield’s finest have just spent 24 hours at G2 Studios recording an ‘album in a day’ for anti-poverty charity War On Want. The album includes tracks from a sublime variety of Sheffield bands – from the angry post-punk of Wooderson, to the upmarket indie of The Kate Jackson Group to the ukulele-led comedy of The Everly Pregnant Brothers. You can download it here.

Looking a bit further ahead, indie-pop three-piece Standard Fare release their second album, Out Of Sight, Out Of Town, on December 12th. They’ve been on top form playing acoustic shows around Sheffield in recent weeks, and the new LP is a sweet, soulful and sentimental treat. Make sure you mention it in your letter to Santa, kids.

And in case you’re interested, post-punk legends, Jarvis Cocker’s heroes and all-round unsung heroes of the Sheffield music scene Artery have only gone and made a record. Civilisation is their first studio album in 27 years (!) and it was launched with a gig at Corporation, no less, on Saturday.

As ever, there's plenty of awesome live music to see in Sheffield over the next few weeks, including some fine shows at The Harley courtesy of DiS: Dutch Uncles will supply us with some energetic math-pop on November 15th, but not before the dreamy Lanterns On The Lake and the mesmerising Laura J Martin whisk us off our feet on the 3rd. You can keep up to date with DiS in Sheffield on Tumblr, Twitter and Facebook.

But enough about us! Leeds-based folk promoters Hee Haw Sessions are bringing some interesting stuff our way too. Tré and Brett have been putting on shows in West Yorkshire for a few years now, but they introduced themselves to Sheffield in August by hosting Jeffrey Lewis & The Junkyard at The Harley. This month they’ve got Singing Adams (ex-Broken Family Band) and French duo Herman Düne.

Also worth a special mention is LaDIYfest, which in its own words is “an inclusive, DIY, anti-capitalist, community-based feminist festival” in the Riot Grrrl tradition. It’s all in the spirit of raising awareness of women’s issues and celebrating the creative and political contributions made by women, through music, art, film and discussion. On November 12th there’ll be stalls and workshops at the Croft House Settlement community centre in Garden Street (off Broad Lane, near Fagan’s pub) followed by bands and DJs at The Red House in Solly Street. The next day, there’ll be films and more activities on offer, this time at The Rutland Arms in Brown Street.

Here’s just some of the stuff we’d recommend you attend over the next few weeks:

I first caught teenage sibling duo Drenge at this year’s Tramlines festival, at a gig which also happened to be the first their parents had ever seen them play. The guitarist said they were nervous about the parental presence, and you can imagine why. The stodgy garage punk filth (they call it tiny cock-rock) that Drenge play isn’t exactly family-friendly, but that’s exactly what’s makes it so fucking cool.

Your mum might be a bit more likely to enjoy Oxo Foxo, if your mum’s into ghostly loops, atmospheric melodies and moonlit vocals. Roo O’Hare has been running this one-woman band since her last project, Urgent Talk, evaporated last year. Up to now, she’s been doing bedroom pop covers and other lovely stuff, but if this cryptic post on the recently abandoned Oxo Foxo Wordpress page is anything to go by, you can expect even more exciting things in the very near future. Her track for the War On Want album mentioned above, ‘The Hunting Song’, is particularly brilliant, but there’s plenty to check out on Soundcloud too.

Back on the noisier side of things, Seize The Chair, released their debut 7” back in August and even swung a prestigious session slot on Marc Riley’s 6Music show. That single, ‘You Who?’ is a rumbling, reverby, down-trodden little track that lays out the band’s blueprint for their own brand of gloomy post-punk. Think Joy Division getting off with Wild Beasts in a dimly-lit indie disco. Actually, don’t think about that. Just listen to the band on MySpace.

And after you’re done with them, listen to Bhurgeist. A track called ‘Topanga’ appeared on their Bandcamp page the other day, purporting to be off their debut album, which “will come out when it’s ready”, they say. I guess that means Bhurgeist may or may not have a full-length release on the way in the near future. Whatever – just enjoy ‘Topanga’ in all its woozy, Sonic Youth-fronted-by-a-Jarman glory.

Are you in a band from Sheffield? Are you good? Send me a message and convince me.

My Brightest Diamond on Matthew Barne...