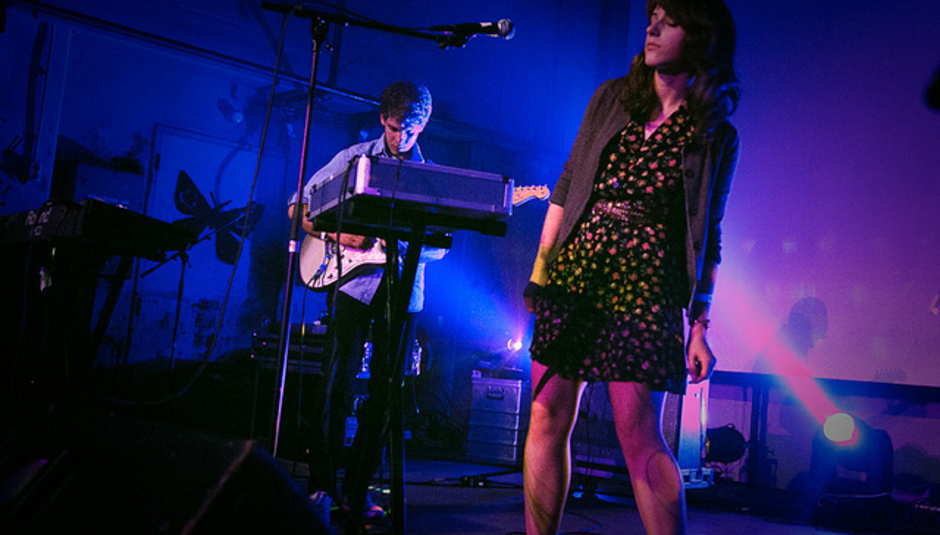 This week's Spotifriday playlist featuring Summer Camp, St. Vincent. Memoryhouse, Big Deal, Jens Lekman...and then some! Click here to give it a whirl, will you!

1. Summer Camp - 'Better Off Without You'

Yes, it's quite rare that we kick off these playlists with the Single of the Week, but we're open to adaptation and, in truth, I'm having a few problems moving the tracks around, unfortunately. Wendy Roby describes it succinctly: "All in all, a smashing break-up song with range, depth and joy. Even the talkyish bit is good." Yep. Read more of her words about singles here.

Memoryhouse actually released this EP a fair while ago, but they decided to remaster and remix each track and add on another two for good measure before releasing it again. You can hear the whole (new) thing over here. There's also a director's commentary-style track-by-track guide from the band, which is interesting in itself.

It's easy to take Gold Panda for granted. I think I've been doing it for about a year now, ever since Lucky Shiner was released. I am going to try and stop, though, and I'll start by investigating his DJ-Kicks compilation, which is released in a few weeks' time. Tracklist looks killer, eh?

Dear old Kelis has been getting into a bit of bother recently. Or rather, people have been bothering her, with some nasty stuff, it seems. Regardless of this, she did play Bestival the other day and you can see the pictures of that over here. They include Kelis, obviously.

This man is eternally underrated and I don't like it one bit. Mr Rhys played at End of the Road festival, by the way, which is why he's here. Read our review of that here and look at the photographs here.

Now, Bearsuit aren't ever going to be the biggest band in the land. But the way they are means they get to name their songs like this. Their songs, by the way, are generally pretty good. Bearsuit feature in the latest Drowned in Norwich column. Local needs, for local people. And more.

No idea why you'd name your track 'Vomit', but then again I have little idea why you'd want to call your band Girls, which has become the most unGoogle-able band name since "The The", who weren't really around for the dotcom boom in any case. Their new album was reviewed here. It's "quite good".

It's been a long while coming, or so it seems, but Strange Mercy is finally here. Is it as good as Actor? That's a tall task, but our editor certainly thinks it's not far off, if not actually an improvement. What say you?

Big Deal revealed the video for their new single 'Chair', earlier this week. It's a nice little song and a nice little video, too. Do the watching part here.

10. Jens Lekman - 'The Opposite of Hallelujah'

Now, I was one of those people who dismissed Jens Lekman for a long time and, since actually properly listening to his music, I feel like a bit of a wally. Because he is a wonderful musical craftsman, as this song demonstrates, and apparently his new EP, too.

Click here to listen to this week's Spotifriday playlist and here to browse through our archives. They are massive.