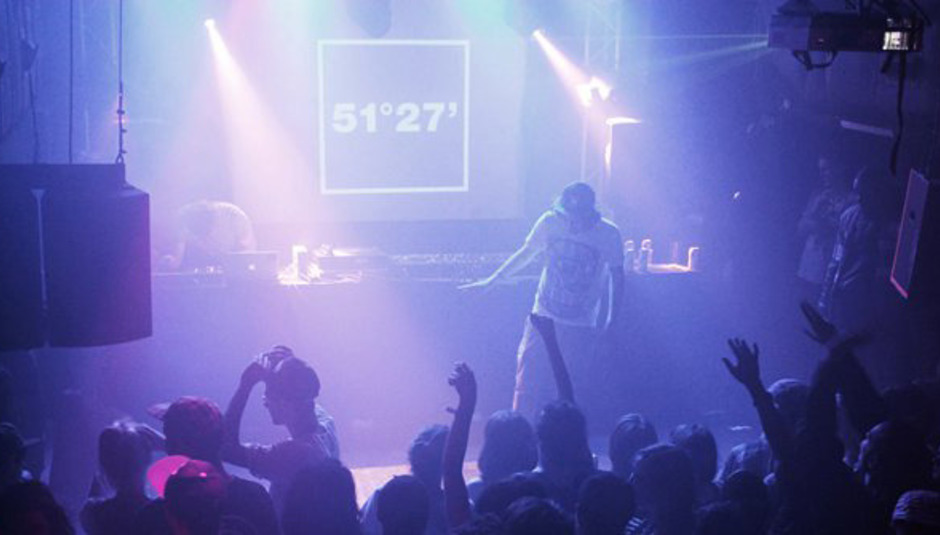 Around this point in the summer inner-city music activity always tends to slow down a little - gigs and club nights have been noticeably quieter over the last few weeks, and less people seem to be releasing music. We all need a holiday I guess, and I’m told it has something to do with students.

That said, Bristol seems to find an excuse to have some sort of ‘festival’ every weekend throughout the summer months; which is nothing to complain about. So far this year St Paul’s Carnival stands out as the obvious highlight of these. The addition of the relatively-hidden Red Bull stage (featuring Joker, Julio Bashmore and David Rodigan) made a really excellent companion to the already great range of soundsystems, plus it was nice to catch a live set from former local boy Bass Clef at an afterparty. Also, I just have a borderline-weird thing for jerk chicken and Red Stripe, which helps, I guess.

A personal favourite gig of the past couple of months has been last week’s set from How To Dress Well - although I’ve spoken to a good number of people who’d adamantly disagree with that appraisal. I guess there’s always going to be something inherently divisive about a man somewhat-awkwardly performing (what I’d call) hauntingly beautiful R&B, almost karaoke-style, to a reverb-heavy backing track in the near dark. I’m a fan though. Other than that, Louisiana-based Givers proved to be a really nice surprise highlight at Start The Bus last week, easily one of the liveliest and most interesting guitar bands I've caught in ages. Plus they played a Talking Heads medley.

So what's new? Well, over the past few months there’s been some rather excellent DIY music videos produced by Bristol musicians, so this edition of DiB is going to draw on a few of these. For one thing, it all ties together nicely with some excellent new releases, and for another it means slightly circumnavigating the city’s dance labels this time around - which isn’t to say there hasn’t been any great electronic releases lately, but it’s nice to acknowledge that there’s more to the city than basslines every now and then. Anyway...

Top of the upcoming releases list is Katang, the debut album from Qu Junktions affiliates and How Come… house band Zun Zun Egui, which lands on 26 Sept via Bella Union. Check out the nicely choreographed video for the album’s lead single ‘Fandango Fresh’ above, which was film in Stokes Croft’s lovely pop-up bar-come-arts space The Motor Cycle Showroom.

While it may sound like an odd statement, given their multi-language lyrics (English, Japanese, French, Creole and plain-old gibberish all make an appearance) and broadly international influences, Zun Zun Egui make very apt ambassadors for some of the best musical goings-on in Bristol right now. With promoters Qu Junktions forming strong bonds with the Sublime Frequencies label over the past few years - bringing the likes of Group Doueh and Omar Souleyman to the city - and the Cube Cinema (where ZZE formed) putting on a great selection of leftfield-friendly events, Bristol has done a good job of playing host to some of the more interesting, under-the-radar corners of rock and pop of late. And Katang feels like a nice sonic realisation of that whole scene. It’s also just a very good record, which sees the band refining the fairly adventurous songwriting style they’ve displayed on their previous EPs. Highly recommended.

SJ Esau is a Bristol-based multi-instrumentalist who has put out two LPs of fairly percussive, loop-based songs on Oakland’s highly-regarded indie/hip-hop label Anticon, the last being 2008’s Small Vessel. The above video - which has been around for a few months now - is for track taken from his forthcoming third record, which is due sometime later this year. He also has two other tracks from the album available to stream on his (currently unfinished) website.

While on the subject, it’s worth mentioning Hesomagari, the duo comprised of SJ Esau and Zun Zun Egui’s Yoshino Shigihara. They make music that mixes cluttered electronics with melodic vocal chant-like vocals. Admittedly, I meant to mention them in this column after catching them play an impressive set supporting Hype Williams at the Croft way back in March, but better late than never I suppose. The pair put out an EP called Hanasu Shapes back at the end of May which you can stream and buy over at their Bandcamp page. It’s certainly worth a listen.

The excellent stop-motion video above accompanies ‘Balloon’ the lead single from the new album by local folk artist Rachael Dadd. The LP, Bite The Mountain, was recorded mostly in Japan, where Dadd has been spending a lot of her time. She plays clarinet, piano, ukulele, banjo, thumb piano, organ, guitar on the record, all with a fairly lo-fi, DIY ethos. The album is out now via London’s Broken Sound label – find out more over at their site.

I’ve mentioned OLO Worms in this column before, back when they posted the first of these ‘Poloroid’ singles a few months ago. The track above is one half of the third instalment of the series; the very-limited physical release that accompanied it (all of which have now been allocated and sent out, I believe) came in the form of a personalised portrait with the music hidden inside the nose. Which is nicely bizarre. The track itself, however, is one of my favourite things I’ve heard from these guys - check out the other four ‘Poloroid’ tracks, and the brilliantly cryptic accompanying videos, over at their site.

In related news (and this is where it all begins to tie together), several of the artists mentioned above will be playing together at The Louisiana on 6 September. Part organised by some of the OLO Worms lot, the gig is headlined by Scottish band FOUND with support from SJ Esau, Rachael Dadd, Ichi (who is the gent appearing with Dadd in the video above) and the excellent Rozi Plain. It also features the debut art exhibition from OLO vocalist James Hankins and DJ sets from two of that band. In all, a pretty decent way to catch several of Bristol’s more interesting musicians in one place, full details here. All of which leads us on nicely to...

Multiverse-affiliated label Subtext have recently announced an exciting-looking event at the Arnolfini on Saturday 3 September, based around the launch of the debut solo album from Roly Porter - formerly one half of leftfield dubstep types Vex’d. The gig see’s Porter performing live, along with support from similarly-experimental Bristolian duo Emptyset, fellow Subtext artist Paul Jebanasam and classical violist Phil Owen. Bearing in mind Porter’s past form with excellently combining industrial bass music with drone and classical influences, plus the strength of the line-up and choice of venue, this is likely to prove to be one not to miss.

As ever, Qu Junktions have an interesting selection of curiosities lined-up for the next couple of months. The best of these sees the promoters bring a stellar line-up including Factory Floor, Hype Williams (who were excellent last time Qu brought them down here) and (sometimes) local girl Anika to the Arnolfini on 24 September. They’re also hosting Forage, a day of music and creative-workshops in Bristol’s inner-city farmland St Werburgh’s on Saturday 10 September. Full details can be found on their new-look website - which you should definitely have bookmarked.

Elsewhere, as is often the case in the second half of the summer, things are fairly slow on the gig front, so it’s not worth getting too bogged down in listings, but there are worth mentioning. Californian reverb-heavy songstress EMA play the Thekla on 15 September while somewhat-twee Scandinavian indie-ensemble I’m From Barcelona play the same venue on 19 September. Around the same time, ever-impressive LA noise-punks HEALTH play Start The Bus on 5 September. Meanwhile Kurt Vile plays the Fleece 7 September with excellent lo-fi folk support in the shape of Woodsist label-owners Woods.

In terms of clubnights it’s worth mentioning new bass-music promotions outfit 51°27’, who are now hosting Friday nights at Thekla. For the sake of full disclosure I should mention that I have some involvement with them - DJing the second room at lot of their nights under the name We’re Not Northern, details here. That aside however, their main room line-ups (which aren’t my doing) are proving to be pretty strong, with upcoming highlights including Deadboy, Kingdom and Dillon Francis. Plus they all have free guestlists for the time being. Keep an eye on their Facebook page for line-ups and info on how to get in free.

I’ll leave it there for now - as-ever please use the comments section below to add links to anything great you think I might have missed.