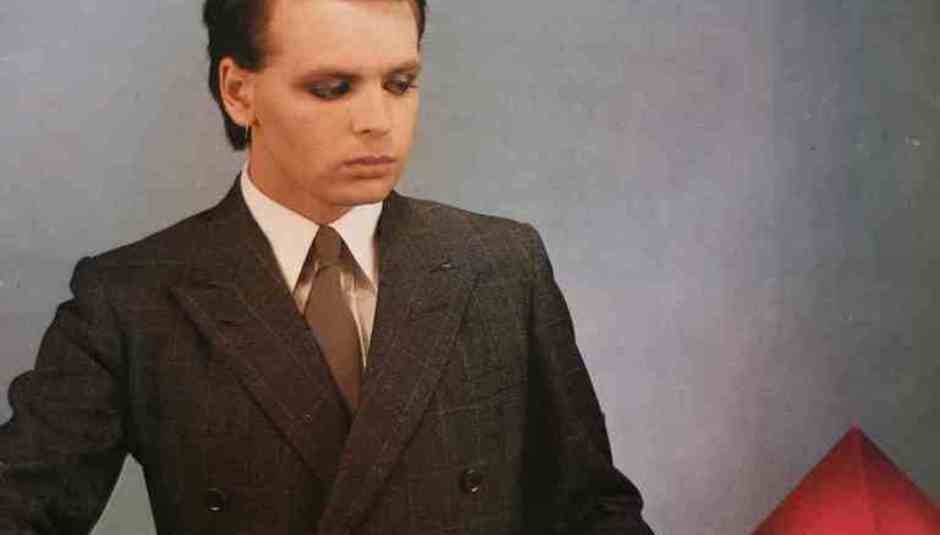 ‘Welcome to the sound of now,’ sings Gary, even if he does say ‘toe’ for ‘to’ and ‘mashaynes’ for ‘machines’ on the chorus in the singular way only he knows how. And it is SO good to hear him, removed and lifted up, up and away from his previous position on the business end of Mighty Boosh dialogue; the man who married his biggest fan - you know, all those pointy bits of gen that allow you to think you've got him figured. The real joy here - as is so often the case with Battles songs - is ‘My Machines’ pace. Which is beaming, inevitable; drumbeats spinning like a huge Zoetrope, sucking you into its lovely, clattering vortex.

Toro Y Moi is still on his mission to bring back 70s Californian wibble funk, and on ‘New Beat’ he is slinkily rollerskating about in short-shorts while some men with exaggerated facial hair play low-slung bass and muted, synthesized brass jauntily jazzes along. The overall effect puts you in mind of a world where it was normal to sit on orange velvet bean-bags and where long-haired teens with nothing to do put the glad eye on other long-haired teens, at twilight traffic lights. It’s all perfectly pleasant and he’s still a cut above other soporifically amiable singers, but it’s rather flimsy; as if putting an Instagram filter on a photograph will make a moment more lovely – when of course, it needs to have been lovely in the first place.

‘Kiss By Goodnight’ has the waltzy air of an Eastern European beatnik bar, all flutter-flute, ponderous double bass and brushed cymbals. And Laura J. Martin does a fine, pleading and whispery vocal, like a rather more coquettish Beth Gibbons. Unfortunately all this atmoss is spoiled entirely by Buck 65, who sounds like Him out of Cake, and whose contributions stretch the meaning of the word ‘featuring’ so far, it is as if Laura were a sensible, proficient newsreader, and Buck 65 were a camera-struck teen in the background, jumping into shot as if television or 'news' had just been invented. Oh dear.

‘I Know I Fucked Up’ is about revenge and deliberate sabotage, it mentions how breakable plastic is and says things like ‘Look what you made me do’. You could almost imagine it sung on the doorstep, just before you enter the flat to see the extent of the damage. And it’s a good, helpful, cautionary image; here is Elizabeth out of Allo’ Darlin with her arms outstretched in the door frame to stop you getting in, balefully singing to distract you from the trail of destruction, getting in a quick apology for all those records, smashed to bits - just in case her song could stop you realising what a massive loon she’s become. And so, despite finding sweary pop songs slightly cringeworthy (‘Bloody Mother Fucking Asshole’ being a prime example), ‘I Know I Fucked Up’ succeeds - from its careful, plain central performance, right up until the heavenly accordion breakdown at the end.

While no one could accuse the Rome ‘project’ of a paucity of ambition, something about it rankles. And without wishing to sound like Brian Sewell wrinkling his nose at a Koons porcelain, there is something oddly vulgar about the whole thing. In the same way that The Dead Weather swaggered into existence; with their dread short films and foul widescreen, with their million-a-minute cinematography and unchecked, fly-open pomp - the whole thing smacks of being horribly pleased with itself. So though I admire the composition and while I love Nora Jones swooning all over ‘Black’, ‘The Rose With The Broken Neck’, in its turn, has Jack White straining all over it. And I’ve always been mystified by him, his performances always strike me as rather mannered. As ever, Adam Buxton makes the point about This Sort Of Thing far better than me, with a lovely bit of skewering here - should you be among the 0.0011 People Of Indie not to have seen it already.

It would be unfair to hoist Alex by his own praise, or to put him under undue, special scrutiny just because the whole world fell over itself to call him The New Best At Words. But when I first heard ‘The Hellcat Spangled Shalalala’ I had it on quiet; did not know it was the monkeys; and felt moved to note down the lyrics because I thought they were on the shonk. I would make a vague point here about how, after people have enjoyed acclaim, it is almost impossible for them to retain it - because no one dare tell them if they fail, sycophancy does for creativity like nothing else. But I am not trying to be brave, nor imply that I am some sort of iconoclast for saying I think there is a distinct lack of quality control happening here. I will say - and to try to be kinder – that I think it is just that The Arctic Monkey are not turning out to be the band I wanted. Unfortunately this - like complaining that the (whole of) the internet is not created with your exact personal taste in mind - is clearly pointless and spoilt. Also, isn’t it strange, how - especially now all peculiar tastes are catered for - we still persist in trying to police anything that enters our field of vision. It's not what I ordered! &c.

Common Mama - A New Kind Of Something’ (Quiet, Please!)

When a PR company resorts to mentioning Acer laptop advertising campaigns, even though the promotional sticker where the praise usually goes is smaller than a matchbox, and even though you would think they might use such space to mention Other Things; it is easy to declare open season - cut the ribbon, sharpen the hatchet. So I tried to to be good and listen to Common Mama without prejudice, but it turns out ‘A New Kind Of Something’ is from the Bruno Mars school of dappiness. But since my feet are planted firmly in the camp whereby it is accepted that ‘Lazy Song’ sounds less like a jolly chart tune, and more like a swansong for the clinically depressed, I will tell you I found this single wholly abominational.

DiS in Australia: Splendour In The Gr...