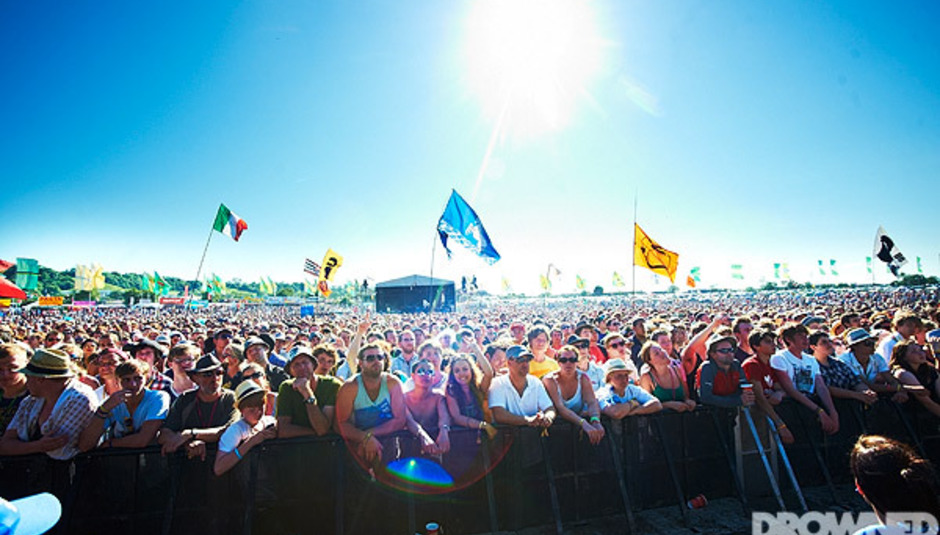 Drowned In Sound were saddened to hear rumours that Truck Festival may be going bankrupt. Truck joins a line of more distinguished names to not sell out in what’s been a hit and miss summer-so-far for festivals including Hop Farm, Latitude and Oxegen. But, DiS scribe and festival lover Simon Jay Catling claims, festivals are still a rich part of our country’s summer, and to help argue his point he thought he’d ask three festival organisers – Simon Taffe from the consistently sold out End Of The Road, Rob Challice from the Drowned In Sound-involved Summer Sundae, and a first time director in Cloud 9’s Hannah Cox – to offer their own thoughts on the matter.

When Michael Eavis proclaimed the other week his beliefs that festivals were dying out, the phrase “people have seen it all before,” struck me as a little short sighted towards the many that were working hard to make their own events stand out. These sobering words came from a 75-year-old man who not too long ago announced he would hand the reins of the venerable Glastonbury over to his daughter Emily, with the foresight that the festival would continue for another ten years. However, to a certain extent, you could see his point. Tickets for Leeds Festival have been selling on Ebay for upwards of £50, which is way under their official price of £204.75 (including all the usual transaction fee bollocks - £5.25 this year) and with Supernormal recently announcing price slashes and voicing publicly concerns that their event may not go ahead (due to poor ticket sales and rising production costs), not to mention Oxegen in Ireland struggling for numbers and ATP slashing their May event; then it strikes me that the bearded agriculturalist was speaking a grain of truth.

These are tough economic times of course – a factor in any potential lull that barely needs reiterating - and, in the case of Reading & Leeds, why would you shell out over two hundred quid to see a main stage line-up drawn up largely of acts who’ve appeared at previous editions for a considerably cheaper amount? Or better yet, go and see them abroad for cheaper and gain a more likely mud-free holiday to boot?

The rise of foreign festivals is an argument many point to when forecasting doom for their British equivalent, and they undoubtedly have expanded due in-part to tourists seeking cheaper festivals abroad. Case in point? In 2007 I went to Pohoda in Slovakia – a sparsely facilitated festival on an abandoned airfield; the ticket was £27 and though the headliners were Basement Jaxx and Air, beyond that the profile of the line-up was considerably smaller. Fast forward to this year and the event could list Pulp, M.I.A and Portishead amongst its headliners; the undoubted result of those who recognised a cheaper, more exploratory experience when they saw one.

Yet just because the expected sell-outs are struggling, it’s hard to reconcile the thought that this is indicative of a general malaise, and there are many festivals out there still striving to offer new experiences and seeing the results for it. Cumbria’s Kendal Calling expanded its capacity and sold out in record time, End Of The Road sold out again, Secret Garden Party sold out well over a month beforehand, Green Man has sold out – the list goes on. In the same way that club nights and venues go stale, finding themselves overtaken by the pace of change, so there are always new people with new ideas ready to take their place and captivate a new audience.

“I think festivals are part of being British - it's so ingrained in our culture now,” affirms End Of The Road organiser Simon Taffe. “If you stick to what you believe in and you know what your audience want then you will be fine - yes there will be some casualties, but there are every year.” End Of The Road gained its niche by appearing at the perceived end of the festival season; though now surrounded by events – not least the much bigger Bestival a week later – it still maintains its success, not least because of a single-mindedness of Taffe who goes out of his way to pick acts who aren’t playing elsewhere in the Summer, and who picks who he wants to play (“I couldn't give a monkeys if some agent tells me this band has sold this many records or this band will be nominated for a Mercury.”) This sounds obvious but as a growing amount of festivals offer more and more of their space over to battle of the bands contests – under the auspice of giving unsigned acts a chance to break through - and relying on previous years’ bookings, it’s something that’s worth repeating. If you’re the curator you should damn well take the responsibility of curating and stick by your taste.

Rob Challice over at Summer Sundae – where Drowned In Sound have programmed a stage once again this year - is another who feels that Eavis’ claims are over exaggerated; “we are clearly in recession, but there’s been a lot of scare mongering” he says. What Challice recognises is that festival crowds – paralleling music fans in general – are breaking down into smaller and smaller communities and festivals which initially were sole caterers to a niche are finding others competing with them. Michael Eavis too should know this in fact, for it was Glade that spun off his own Glastonbury to provide a more genre-specific dance and electronic festival. “When we started we stood out for being unlike most of the other pop and rock festivals,” Challice explains, “we have always been a very ‘user friendly’ event. Now there are more festivals like Summer Sundae – we’re continually having to take risks and be innovative.” Again, it’s something that sounds obvious, but past examples suggest that it’s not advice that’s always heeded.

Should further evidence be needed of the ongoing popularity of the outdoor event, then it’s an example of new festivals that are thriving in spite of the perceived downturn. Hannah Cox is currently in her first job as Festival Director at Cheshire’s Cloud 9 which runs this weekend. Situated ideally within comfortable driving distance of Manchester, Sheffield and Liverpool, the festival’s budget ticket prices and short length (one day and one night’s camping) effectively means that punters are spending no more than they would on an average night out in those cities, while families can give their young ‘uns a festival experience that won’t overtire them. As a result, ticket sales have far outstripped last year’s, and the event is close to selling out. “Festivals were originally about local communities and showcasing their unique aspects,” she argues, “[the larger] festivals have grown forgetting where they’ve come from, the people who put them there in the first place. That or they’ve shown up like a big out of town Tesco - creating a product that may seem to answer all your needs but essentially is soulless and easily copied…”

Cox is another who recognises the increased competition, of fans being stretched out more thinly than in the past, but welcomes it – refreshing given that in large parts of music, the bottom end has dropped out in quality control. What makes Cloud 9, she states, is the relationship it has with its locality. “We haven’t forgotten our roots – we’ve involved the locals in our decision making. Half the line-up are local, local businesses are being used where we can and most importantly it’s run by a local business and a local farmer,” she enthuses.

Though the three who kindly offered their thoughts for this piece differ slightly in what it is that makes a successful festival – from Cloud 9’s community emphasis, Summer Sundae’s unique camping-in-the-city atmosphere and End Of The Road’s eye for an exclusive bill – what they all agree on is that it takes the instinct in the first place to make it successful – and also the need to maintain connected to the customer. “I want to make sure that when people come to Cloud 9 they believe we have made every decision because we hope it will benefit them and their experience,” says Hannah, while Taffe for his part offers, “we try to put ourselves in the shoes of the public for every element of the festival. I also try to put as many new ideas into the festival every year - otherwise, it would get boring for me!”

Challice, meanwhile, modestly points to others in Britain, “it’s great to see the likes of Larmer Tree, Lounge on the Farm and Camp Bestival doing well this year – they’re unique and inspirational events.”

Ultimately the festival landscape will fluctuate, as indeed any within music must, but what this article – in a most likely roundabout way - is trying to do is celebrate those organisers and festivals that are flourishing and doing so because of the individuality that they work hard to infuse into their events every year. Maybe the tens and tens of thousand mega bucks festivals are on the way out, or at least in need of a re-think, and there will always be smaller competitors who fall by the wayside, but festivals in general? We’ll be clambering up a muddy field with a pint of warm cider in hand for a while yet.