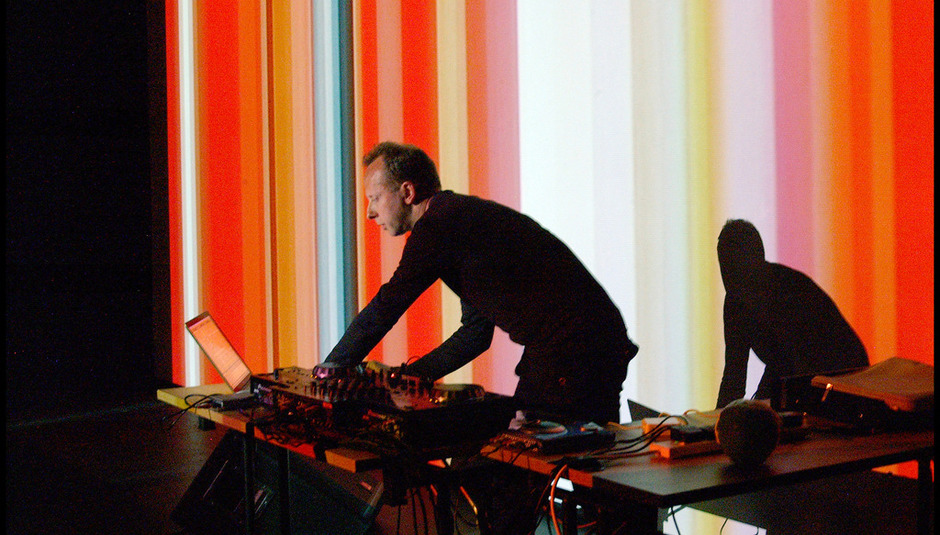 Soundwaves is a four day festival that takes in a whole range of sound artists from England and beyond and gives them a platform to put their stuff out there. This year is the fourth installment, providing a loosely defined theme per day: Day 1: Comment! Day 2: Move! Day 3: Sing! Day 4: Listen!

The themes are more about being there to unify the vast array of sonic expressions collated and presented. Day one starts with the book launch of conceptual composition book Chromatic Fields by Jamie Crofts & Duncan Bullen and closes with an original day time sound composition with contributions from Anat Ben-Davis (Chicks on Speed) and Kaffe Matthews. Day two explores the relationship between the body, movement and music. Then Day three dips into the vocal side of things, highlights include Brighton artist’s Gazelle Twin’s improvisatory work of the relationship between machine and voice, a former Bjork discovery Mikhail Karkis with this evolving sounds and David Thomas from Pere Urbu exploring his vocal style.

The final day is the most intimate and showcases a wide range of sound artists, giving the audience a chance to get really close to the music, using mp3 players and headphones to explore the sound space created by each artist. Notable contributions come from Mira Calix (Warp records), Sussex university’s CLICK NILSON influenced by the 1970s Swedish algorithmic scene, Edinburgh sound designer Martin Parker and James Joslin whose piece is the result of gathering audio from Brighton’s two piers. Adding another dimension to this headphone experience is the chance to combine the sound with visual arts. In the main room there are a range of abstract animations projected onto a big screen. In the café area there are four well-heeled women covering each other in green and purple cabbages that match the colour of their their dresses. As time unravels, so do the cabbages and the performance as the audience get drawn into the spectacle. And just as the deconstruction of cabbages gets out of hand Scanner comes to stage rounding the event off.

Scanner (aka Robin Rimbaud), not to be mistaken for the German speed metal band, is better known for his phone tapping antics in the 90s that he turned into ambient soundscapes. At that time he attracted the attention of the tabloids, but since then has gained admiration from artists like Bjork, Aphex Twin, Stockhausen and Radiohead, as well as a range of fashion designers and visual artists. Now his focus is more on showcasing his well honed audio crafting skills, producing pieces that range from orchestral to techno.

This evening he seamlessly skips from one experimental composition to the next, combining old technology with new production techniques – he still uses some of the gear from yesteryear, such as a theremin-type sound controller that is on show tonight. For the duration that Scanner is on stage pumping out frequencies, people sit or lie and get lost in the resulting sound architecture. At the end of the performance he hands out cds that are the result of a previous sound art exhibition he has been involved in. His reason for doing this is that what he receives in grants, he believes, is for the benefit of the public, so by giving away cds of his work he is giving back to the people that matter. He clearly puts a lot of thought behind is work and at the end of his set the crowd are enthralled by his soundscapes, leaving the theatre in a peaceful fulfilled fashion. Soundwaves may be over for this year, but promises to come back bigger and bolder next year for its 5th birthday edition. Listen out.