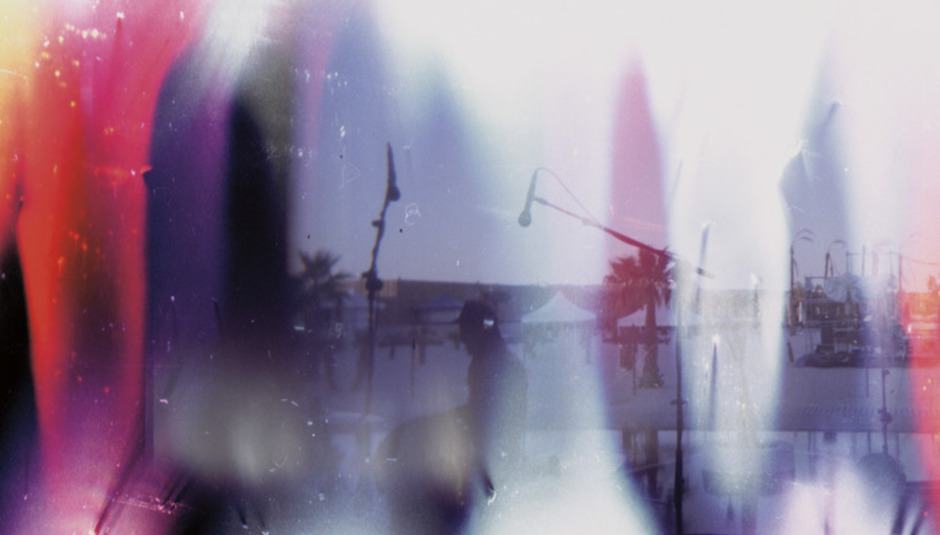 This Week's Singles: 11/07/11 The War On Drugs, Deerhoof, The Leisure Society, Grinderman, Woom

This Week's Singles: 11/07/11 The War On Drugs, Deerhoof, The Leisure Society, Grinderman, Woom

Don’t think I want to know what you think. Or what your friend said, or what you read in your jeffing magazines. I’m not interested in whether you think that ‘Baby Missiles’ is redolent of the sort of pompous rock that accompanied Judd Nelson punching the air in woeful, embarrassing fashion at the end of The Breakfast Club. I don’t want to think about he outsize nose, or he untied laces. Especially when I am trying to concentrate on The War On Drugs’ marvellous, rampant abandon, not least because it is accompanied by non-Bob mouth organ and pianos that sound like someone were pouring the keys out of the grandest, largest pitcher; let them tumble into my ears and let me do that dance you can do sitting down which is half-fit and half-contained punch, pumping my fists close to the sides of my body and nodding furiously; no one is watching.

When I spy the words ‘Double Denim’ I am not put in mind of hipsterish blogs in which the wrongness of a particular outfit is equally equated with how good it is. I have your number and your wonky scale, cool people, I know that in order to be properly, arms-length rad these days one must cultivate a look that is one part Forrest Gump (fully buttoned shirts, prissy slacks, orthopaedic shoes) to three parts studied insouciance. No, when I see ‘Double Denim’ I know all it takes is a hasty squeamail reply, a PLEASE SEND THIS TO ME NOW, because they never put a foot wrong. They certainly haven’t here, releasing a four-song-seven by Celestial Shore whose awful name belies a noodly approach; half Beach Boys lazy drift, and half change-of-pace jazz whiffle. All four songs are excursions but they are very short and Celestial Shore would make for frustrating tour guides - these are songs comprised almost entirely of middle eights and breakdowns. On their tourist train, you would be looking out of the right hand window to drink in the lush architecture, built in a period of prosperity, but soon enough they would be pointing and shouting to your left, going ‘Look, PARROTS!’. You can’t keep up, but it’s all so heartfelt and hairpin, you don’t mind.

The Leisure Society - ‘You Could Keep Me Talking’ (Full Time Hobby)

I struggle with the word ‘pleasant’, I use it when I mean to dole out praise, but I can see its shortcomings as easily as one might hear alarm bells upon reading the phrase ‘no baggage’ in a personal. I mean it in its best sense when it comes to The Leisure Society, who write SONGS YOU CAN SING TO, actual PROPER SONGS, with PROPER MIDDLE EIGHTS and PROPER BITS AT THE END, where the PROPER MIDDLE EIGHT is harmonised with the SONG PROPER and all is realised, grinning and dappily happy. ‘You Could Keep Me Talking’ is the sort of song that instantly makes me do a lyrics goggle and then email the lyrics to my phone in case it comes on and I am not within reach of my laputron. I also realise it is the sort of clappy pop that one feels the need to preface with armfuls of caveats - because it is so darn naïve and it aims to please so fully, the joy allergics will ruddy hate it. I think it’s brilliant.

While I still feel very proprietorial about Grinderman, what with them extolling the murky virtues of grown-up, consensual badness and what with them being - as we have had cause to remark in this column before - Real Men, entirely deserving of Sentence Caps, ‘Mickey Mouse and the Goodbye Man’ never really arrives. It’s fine as a mood piece and it’s fine if you want to fall back and savour Grinderman’s heavenly guttering, but it’s less a song than a blurred snapshot; all colour but in need of one of those stickers they used to put on your photographs in Bootses to tell you a) you should have kept a hold of your camera and b) a cheap Canon does not an Adams make.

I thought ‘Same New Era’ would not win Kelpe any bursaries from the Difficult Noise Society but then I played it to someone who pointed out just how many odd things it (quietly, and elegantly) does. This is when I realised – and I risk sounding impossibly dickish here – that having written this column for two and a half years, and despite being annoyed when The People accuse me of being deliberately obscure (‘you could have at least mentioned some bands we’ve heard of’), my musical benchmarks and tide-markers are well on the shonk. So let us just say that ‘Same New Era’ is the sort of beaming electronica that does not sacrifice joy in the pursuit of its glitchy aims, but that it also doesn’t take the A roads to get there.

Not perfect, but delightfully ramshackle.

Deerhoof vs. Woom - ‘Woom On Hoof’ (Double-A, on Polyvinyl)

Deerhoof's latest collaborative seven is with Woom, so on one side of the plastic Woom do Deerhoof, and it is all vice versas on the other. ‘Wichikapache Fights Current’ is a spoken word folk tale with strange birdlike staccato vocals, wavering guitar lines, plucky harps and bleeding keyboards, rather like a very now Peter & The Wolf. But it is 'Quetzalcoatl's Ship' (!!!!) that is really stoking the fires of my woman-mind, it is rinsed in static and loudhailers, it is curious, joyful, messy. In the end both songs put you in mind of the sort of cassette tapes you are meant to play to children to introduce them to music. But Deerhoof and Woom have sneaked away one of those primary-coloured vessels, put it in the washing machine, stamped on it, pulled out its endless shiny tape, kissed the length of it, and then stuffed it all back in the plastic housing. Thanks, Deerhoof and Woom! Like all the best presents, I didn’t know I wanted it until you wrapped it in ribbon and gave it me.

I should not like to paint myself as a killjoy. But I think this is too happy by half. Grah.

Being a big fat massive religious iconoclast is no picnic, which is why despite being automatically drawn to any single whose song titles essentially equate to ‘I Hate Dog’ / ‘Dog Is Well Good’ , and then listening to them; and then realising that what you imagine or desire is often very different to what life sees fit to lay before you on the plate of disappointment; and then realising that you are barely capable of finishing sentences; and then pausing to see if there is a cheap joke that could function as an exit from this very real and very dread PRISON OF WORDS, I then saw a cold, hard dot in the middle distance that looked like this ‘.’ Bonnie Prince Billy done this record for charity and it is not vintage him but I do like how he sings a very quick and excusatory ‘God forgive me’ right at the beginning of the a-side. Like last-minute deathbed conversions, it won’t wash.

Now we inhabit an age in which one no longer needs to call upon a panoply of plastic in order to fulfil a single relase, I Like Trains have decided to sell their songs on the back of some tea-bags. They really do have their own brand of tea and it really does come in poncy tins like they sell in Whittards, and it really does have a cavernous design flaw because the ones they sent me (for which, hearty thanks) are like pillowcases; they do close but they are not sealed, so the leaves go flipping everywhere. I haven’t drunk any yet because I prefer my hot drinks dripping in livening grounds, but it does smell nice and posh, I will give it that. Sadly it can’t make me like ‘Sirens’ because gothy echoey melodrama isn’t really my cup of char. Oh come on, they had it coming.

‘What’s It In For?’ remains very near the top of my chart of singles I fell for last year. ‘How Come’ is a much less overtly propulsive proposition - it has toilet-recorded Hammond humming about in the background and the sort of guitars that the men who play them wang about, because that makes them sound more wangy, and it is breathy and shimmery; played in the half-light. If this single were a spoken sentence it would almost certainly be the sort that is said with a sigh, and I like its dejected air, the single or idea as apology.

Maps of Columbus - ‘Daisy’ (Too Pure)

Wendy does not like yelpy indie, she does not like it one tiny bit. But if it bit her at least that would give one an excuse to slap it and say ‘STOP BEING SO BLOODY YELPY’. I am sorry to say I find ‘Daisy’ sexless in the extreme; trying to locate this singles pelvic organs was as fruitless a search as trying to find one single bit of sauce in the whole of Hobbycraft.