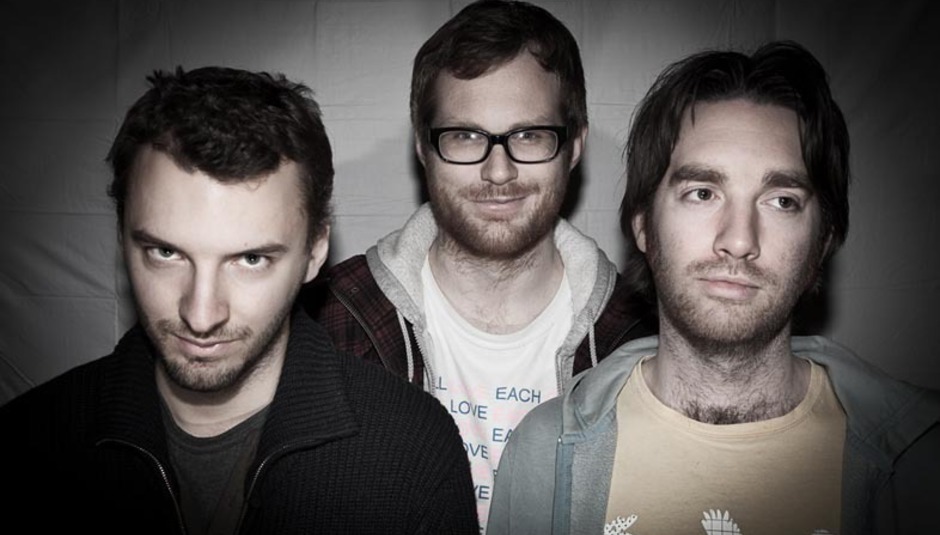 Three Trapped Tigers talk us through their debut album, Route One or Die.

Tom: I was going for a live sequencer interpretation. From the very first jams there seemed to be an assumption that this would be track 1 - the working title was 'Opener'.

Matt: When Tom played his ideas to me, I was inspired by how fresh a TTT song it'd make and I got straight into programming the drum grooves. I think it's one of our most original tracks. Having said that, the middle section I wrote became a signature/now cliched TTT drop down - luckily we got it out the way pretty early on!

Matt: This track started life as a remix I did but we took the riffs and beats I'd written for ourselves, and then I added the melodies to make it a TTT song. The thumping toms part and the following groove always bring Sepultura 'Attitude' to mind.

People seem to think we record live without overdubs, but other than the drums and the Rhodes part, I played every instrument. I played about 75% of the album's synth bass lines in my bedroom.

Tom: Having seen the video, I now can't dissociate the music from the images. We'll be onstage and I'm thinking of the poor clunky monster having to hunt and gather his breakfast.

Matt: Tom had the unique 'creepy' synth sound, so we definitely wanted to get the feels and sound world to match. For ages I was scratching my head, then the thumping intro and main half time beats came to me whilst in a toilet, so I beatboxed them into my phone. We even tried to recreate the sound of the beatboxing/bathroom reverb live, but it sounded…well, toilet. So, we stuck to actual drums, and I used an almost hammer-horror guitar sound.

Much of the writing was from jamming - Betts developed those drum parts into some absurd shit. The end riff is now perhaps the most fun moment in our gigs for me.

Tom: I liked the organ-y sound and wanted to have something slightly churchy somewhere on this album. The opening moments both live and on record are kind of well-earned (but short-lived) respite after the first three tracks.

Matt: Again, Tom's ideas felt really new to TTT and I was excited. Betts really nailed his glitchy percussion approach to get the right feel. When transferring the synth-y, jammed-out lead guitar line to a keyboard I came up with the sequence-y middle section that to me screams '80s films nostalgia', like soundtracking some kid in love with the unobtainable girl, but a bit more sinister…

Tom: I have my proggiest moment when I get to play some poorly executed arpeggios on the Juno while Matt and Betts are playing some thrashing Lightning Bolt style riffage.

Matt: After the 'Lightning Bolt section', I just tried to play a sped-up, random version of the guitar line so that it sounded like random samples being triggered. It probably just sounds like guitar wank though.

Matt: Tom and I were sat in my room surrounded by keyboards thinking about what else the album needed other than hectic energy. Tom suddenly played a few bars of what he probably thought was a throwaway idea, and I said "play that again!" We then jammed some ideas out and got this slow-motion incarnation. I'm on Rhodes and bass, Tom's on upright piano and the eerie synth pad, and Betts is dark-ing out with some noise and metal objects!

Tom: I'm bound to say that the piano was really important to me, as TTT started out quite piano-heavy. But the bit I most enjoy when I listen back is the high Juno line.

Tom: Now that we've toured it feels like one of the most satisfying songs to play despite it's complexity. Matt was keen for there to be a garage rock ethos - i.e. no lush synths or drum effects, just the three of us playing our most basic instruments in the livest possible way.

Matt: We hate the term 'math rock' and this is hopefully our 'math' swan song. People think we play in loads of odd time signatures - Drebin has some 5/4 sections but most of our music is 4/4 or 6/4.

Tom: The only interesting thing I have to say about the material is that the opening riff came to me while staring at the fish section in Tesco in Langport. The jazzy chord sequences are Matt's fault but add to the track's ludicrous nature.

Tom: I'd been messing around with an angular melody in an attempt to mimic some of Autechre's crazy spiralling lines. The drums are more disciplined and loopy in this track, which might be another subconscious Autechre nod.

Matt: I wrote the dark chord sequence bit and the final build up bass melody with Boards of Canada in mind - pastoral but interesting (hopefully). I was surprised that Tom would write a melody that was vaguely funky but I instantly liked it, plus it just about worked played as guitar harmonics. The title is a play on Tom's nickname, Magnet.

Matt: Tom had the material almost fully formed with some distinctive synth sounds, so I just went crazy on the distorted arpeggiator synth and sculpted the arrangement a bit. I guess the intro is pretty Fuck Buttons. Again, I loved that Tom's intro material was a new thing for us, then moving into what Tom has typically written for us in the past - very reliable glory shit!

Tom: Clearly the idea was to have a euphoric ending, major key, black notes, Betts improvising with a grin on his face and vocals - the only vocals on the album.

Matt: I like that the drums don't come in properly for ages, and especially it being the last track. Because when they do come in, it's like the cracks appearing on a dam before finally bursting, Betts' playing is awesomely unrestrained here.

Tom: There's piano in this track, which mattered a lot to me for sentimental reasons. Betts insists the whole final section sounds like the theme from Animal Hospital - which was not a conscious reference.

Route One or Die is out now on Blood and Biscuits.