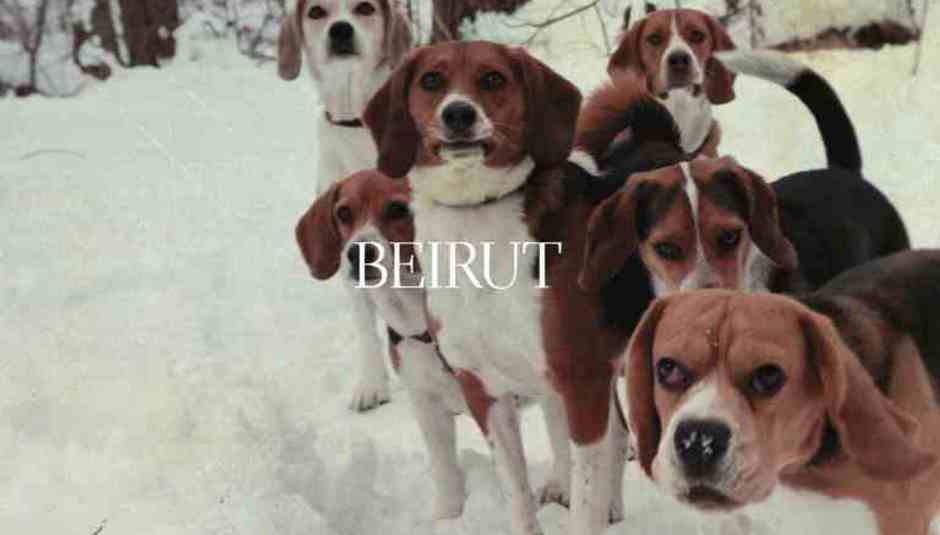 If record companies were able to measure the optimum amount of time a band must be away before they can successfully return and not be deemed annoying, they would almost certainly call it the Prodigal Index and employ pale men to pin it down with maffs. Maybe they should call Beirut, who have been on their holibobs for just long enough; I put on ‘East Harlem’ and remembered they do muted brass better than anyone. And I am allowed to make claims like this, because I spent every Saturday morning of my youth making a tarnished euphonium parp melodically, squirming in case the conductor should pick me off for solo practice in front of the whole band (most distressing, now that was some square torture). So I know my brass, right, and the brass on ‘East Harlem’ is definitely not rubbish. Oh man, I wish I had practised more; coulda, woulda, shoulda is my favourite Judge Judyism apart from ‘Beauty fades, dumb is forever’ although might I say, had I done so, and had I ended up in a band like Beirut, I wouldn't half worry about Zach Condon. To be adored in the way that he is must be terribly perilous, how does he avoid becoming insufferable, can he avoid such a thing? I mean, I am sure he is delighted I have taken on this worry for him, as well as implying that a few less afternoons spent climbing trees and a few more Doing Scales are all that stands between me and a place on Beirut's stage. Anyway. Let me worry about it while you enjoy ‘East Harlem’ for what it is. Because what it is, is: glorious.

[Not completely awful live videothing above, or you could you know, go crazy and like, buy it or something.]

Blessed with the sort of world-weary voice I would swim channels to hear, Marry Waterson continues to excite in me a grown up thrill. I don’t know what ‘The Gap’ is about; will hazard a guess it is a pointed plea for realism in romance. I do know it has a line about someone with a ‘Doris Day soul’, that Ms. Waterson sings like a Kirsty. Also that when a human being sounds this wonderfully cheesed-off it is perfectly assetable for a man like Oliver Knight to strum along this simply. Music that cannot be damned as a sum of its parts: I love you.

The Vaccines have done a video with a bit of tit in it, chasing the over-18 checkbox like it was a prince worth saving yourself for. Which only ends in disappointment when their video is as tame and comely as a dress for large lasses on a shopping channel; modest sleeves and a hem that falls past the knee. Added to this is the general feeling that it is The Law to revile The Vaccines; how dare they be on a major label and who do they think they are, them with their vulgar backers and they big songs about lost innocence (bellowed loud in case anyone missed the point). I mean, yes, it’s awful, and yes it has those aching, echoey guitar lines for the whole of its accursed 4.5 minutes; and yes it is as ambitious as a Media Studies graduate who has NEVER EVEN BOTHERED TO MAKE A CRAP HORROR FILM ON SUPER 8. But hating it feels like a waste of energy that I would rather expend on something useful (sitting on my nethers, thinking about Lidl muesli).

Having worked out that in order to type ‘Dananananaykroyd’ one simply has to remember it is like one banana and one Nanna, or a Nanna with a banana; and having then realised it is rather late in the day to be coming up with Johnny Memnonicals given that Dananananaykroyd have been around for heaps and ages [a couple of years], eventually I sat down to listen to ‘Muscle Memory’. Whereupon I discovered they have lost none of their scamp or puppyish drive. You could put BananaNanaykroyd on a week of Health & Safety courses in which one was tasked with faffing over risk assessments in Excel and still, still, they would be the liveliest coves in the breaks; all HAVE YOU SEEN THESE MUGS AND THESE BISCUITS HA HA HA HA HA, GET A LOAD OF THAT GUY, WHAT’S YOUR NAME AGAIN HA HA HA HA. Now, I realise it is wrong to cast them as the sort of coves who wear a wacky ties to training centres, because of course I merely mean that they are eager. But they should also know that indie does not tolerate the concept of fun. Not for long. Make your third album about something well bad, Dananananaykroyd. Like war/treggings.

Cults! They are a hot new band. That is why there is an introduction comprised of muffled found sounds and a vocal line that washily recalls Phil Spector, this is why it is about a relationship in which love costs, rather than gratifies, and that is why they have spent a fair few pound making the entire excursion sound as if it were recorded in a mobile home lavvy. And it’s not that ‘Abducted’ is not entirely proficient, nor that Cults do not have a point (some relationships steal you from life, this is true) and if you like This Sort of Thing, yes, you will like it. But it is artful as a betrayed toddler; all these layers like lollies behind its back as it asks for another. Also, in the video a haggard couple kidnap each other for kicks. Presumably they talked to the neighbours about a wife library but next door were having none of it. What’s wrong with a bit of dinner and a nice film? You moderns.

I realise that in order to get the most out of a tune like ‘Hangover’, it is necessary to send your rational brain packing and put yourself at the mercy of overstimulated enterochromaffins [look it up]. I mean, imagine listening to this at 5am, in a squat, with a hangover, sat next to a man called Jambo, who nick-named hisself. And he is telling you about his mind and everything he ever done to titivate it and he is offering you some Lentil Surprise and you want to hit him but your hand is sleepy, body is sleepy, everything sleepy and oh man, wan-go-home. Don’t get me wrong, I like Buraka, but 'Hangover' - perhaps appropriately - is an assault. Also, the video is making me uncomfortable, there is the vague whiff of exotic poverty dressed up and gif'd for our entertainment. This may be my (chasm-wide) middle class guilt talking, and I am fairly sure (also hope) it isn’t intentional.

My favourite Sons & Daughters songs are the ones with the bass-lines so low they struggle to reach them, also the ones with the lady out of Sons & Daughters doing the main bit rather than the man and also the ones that sound like they danced with the devil in the pale moon light and then got all aggy with him for stepping on their toes. As in: nearly all of them. ‘Breaking Fun’ sees them become slightly less plain and I am not sure it utterly becomes them, surely the point of a band like this is that they do not have too much make up on. Not that it is for me to say, but given the vile and multiple layers of calculated sheen applied to modern bands - even though it is ironically applied in order to appear dirty, what an amazing point I am making here – surely there remains a need for bands who make do with as little artifice as possible. ‘Breaking Fun’ is still good, it is bluesy without falling foul of retroism. But I think they should show their working and not rub it out.

In the same way that if one stares at any word for long enough it becomes ludicrous, I recently spent a good ten minutes giving a pile of CDs the evil eye and wondering when they will die, how clumsy an object they are. Bonjay’s (excellent, relentlessly bassy) single however, is released as a notebook. All of which provokes me to long, very hard, for more stationery based formats, coming as I do from a family of paper and pen fetishists who believe that the gift of bound, virgin paper is akin to a kiss. 'Stumble' is some proper electro-pop music that quite rightly thinks everything sounds better if you siren-swamp it. It also reminds me of the Sugababes. No bad thing.

‘Fa la la,’ says Katy B, Queen of London town. ‘Fa la la, all the boys of London are no match for me, me with my righteousness and enviably curly hair. String up a fox, pickle me an egg and hang it all.’ And with that, Katy B snatches at the grape dangled above her tiny pout, and propels it across the quadrangle. All the ladies and the gentlemen of the court are shocked, but Katy knows, one must always have a song on one’s album about how one is the best at being a woman and how rubbish all one’s suitors are. ‘Build me a bed it takes twenty ladders to sleep on! Green coca-cola and speckled ham for dinner!’. There are some absolutely extraorder cockerneys in the accompanying film, talking about ‘sawts’ while Katy B pretends to be crap at pool before sharking all the bwoys out of their hard earneds. I am doing a curtsey at you, 'Easy Please Me'.

I find this to be pleasant.


Wendy is on Twitter here, although if she is perfectly honest, sometimes she likes her internets a bit more voidy. You know, like shouting into a jam jar and then hurling it off a cliff. You shouldn't do that.